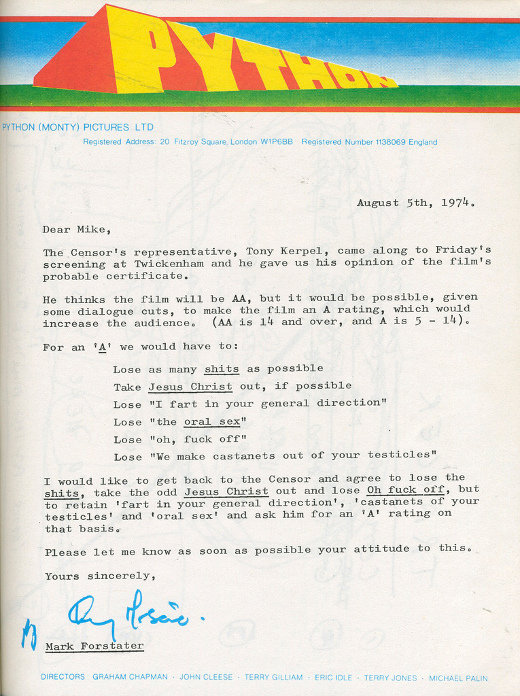 No, not with a shrubbery. Via Letters of Note, a highly entertaining letter from Monty Python producer Mark Forstater to his fellow producer Michael White on the topic of The British Board of Film Classification‘s suggested revisions to Monty Python and the Holy Grail to allow it to attain a more family-friendly rating. As anyone who’s seen the movie knows, the profane originals survived totally intact.

(via Letters of Note)