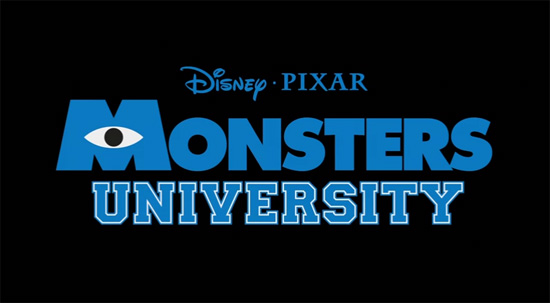 With Brave opening in theaters this Friday, the next film from the legendary Pixar studios will return to the world of Monsters, Inc., but this time they’re at college or something . Hmmm. Watch the trailer for Monsters University and judge for yourself.

Actually, there were four “exclusive” trailers released today. However, the only difference between them is the lines that Mike delivers while half asleep. This one, “my pony made the Dean’s list,” is probably the best of the bunch.

Perhaps I am jaded by the disappointment of Prometheus, but I can’t say that I am too excited by a Pixar college movie about monsters. Is Mike going to try and lose his virginity on a crazy road trip through Monster Europe? Will Steve Buscemi’s chameleon-like Randall engage in a daring panty raid? Will Mike and Sulley be able to avoid the wrath of the Dean and still finish their float for the school parade? The possibilities are endless.

I’ll keep an open mind because I love Pixar and I want to love their movies, but right now I am yawning.