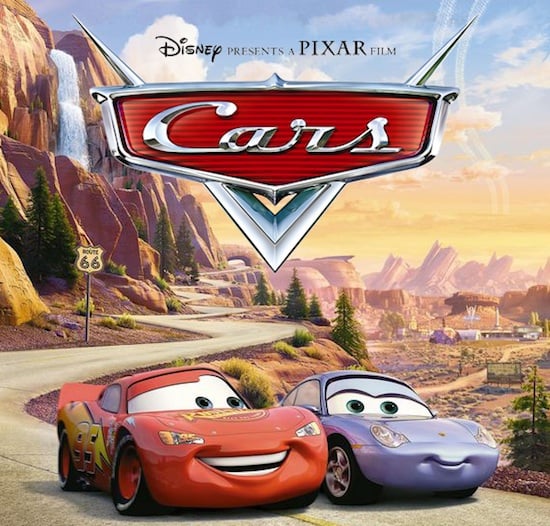 Cars and Cars 2 may not have been the most critically praised Pixar films, they have been enormously successful financially. They are, at heart, light films that appeal to the child’s eye for bright cartoon comedy. However, these apparently uplifting tales have a dark heart, and perhaps contain the secret future history of the world.

Several weeks ago, I used an amusing image from the Internet as the jumping-off point for a new reading of Captain Planet and The Magic Schoolbus. Today, I’d like to make good on my promise and explain the origins of the Cars universe. If you think about it, the world of Cars makes no sense. Why should cars, devices that are purposely built to ferry humans around, exist in a world without people? Why do cars need buildings and homes? How do cars reproduce, or grow up? Why are there passenger planes and no passengers?

The fundamental problem with the Cars universe is that it is clearly our world — in both design and history. To explain Cars, you first need an apocalypse, as humanity’s mark is still on the world but the humans are gone. Fortunately, an apocalypse is just waiting for use, conveniently located at the end of Wall-E. Here’s how I explain the world of Cars:

At the end of Wall-E, the humans have returned to Earth and are eager to embrace their responsibility as stewards of the planet and forsaking their comfortable pasts. We’re led to believe that everything works out, and a series of beautifully rendered paintings describe the new golden age of humanity.

This is a lie, an electronic hallucination shared by WallE and Eve as they sit beneath the world’s first new tree. The truth is that the returned humans quickly died out. Despite their enthusiasm, the humans lack the knowledge — let alone the muscle mass — to build an agrarian society. (Case in point, the film ends with the captain shouting that he’s going to grow a “pizza plant.”)

This leaves a spaceship full of robots and an empty planet on the brink of rebirth. They are alone on a lonely world. They were designed to serve, and their masters are all dead. On the brink of computerized madness, these already unhinged robots begin a desperate search for meaning, finding it in the human history stored on the ship’s computer.

Pouring over the data logs, the robots begin to fill their emptiness with reminders of human culture. Lacking advanced tools, the robots begin with early history, looking to make rough-hewn ersatz versions of the human world. Because the large, bulbous-bodied humans are the only beings they’ve ever known, the robots model their own likenesses after the vehicles the humans once drove — mistaking them for a more perfect version of Homo sapiens, as Ford Prefect did. The combination of Wall-E’s piecemeal utility and EVE’s slick technology along with a cargo-cult mentality is Lightning McQueen, and Mater.

Being purpose-built creations, the robots take well to their new forms. They begin to build companions and new bodies for themselves based on the vehicles that their former masters had created. Other robots, led by the mechanical perfectionist MOE, go into the wilds of the Earth, cleaning the remaining pollution and even carving monuments to their new car bodies into the very landscape.

The robots continue long after the demise/complete repurposing of the original settlers until they have unintentionally recreated all of human history without humanity. Their roots lost to the ravages of time, the Cars — the new denizens of Earth — now walk alone through a maddened monument to beings long forgotten.

Either that, or the Autobots bred with Herbie and outlived their human counterparts. Take your pick.

If you’re curious for more on the heady subject of the Cars universe, a very interesting reading of the film was published on the Cracked forums back in 2010.