Wikimedia Insists Monkey Selfie Copyrights Belong to All of Us, Refuses to Take Them Down

Who owns monkey selfies? All humans with joy in their hearts. 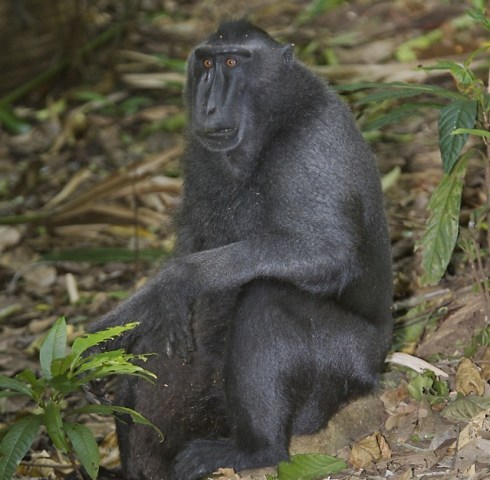 If a monkey takes a selfie in the woods and only nature photographer David Slater is around to see it, does anyone get the copyright? Wikimedia doesn’t think so, but Slater isn’t satisfied with that answer. Cue monkey courtroom drama! How do you find a lawyer who’s well-versed in flinging poo?

Wikimedia Commons has been in a legal battle over the images (which you can check out on Wikimedia, because they’re braver than us) since they added the photos to their royalty-free image database. Slater, who acquired the primate pictures on an expedition in Indonesia back in 2011, has asked that they be removed because they belong to him, but he’s not actually the one who took the pictures.

As Slater told The Telegraph,

They were quite mischievous jumping all over my equipment, and it looked like they were already posing for the camera when one hit the button. The sound got his attention and he kept pressing it. At first it scared the rest of them away but they soon came back—it was amazing to watch.

He must have taken hundreds of pictures by the time I got my camera back, but not very many were in focus. He obviously hadn’t worked that out yet.

Slater has already spent $17,000 in legal fees to get the images removed after Wikimedia’s editors refused, because they believe that no one holds the copyright, since the pictures weren’t taken by a human. Slater thinks that means the copyright is his by default, but Wikimedia asserts that it doesn’t belong to anyone, so it belongs to everyone.

Officially, we’ll have to wait and see what the courts decide, but I choose to believe the macaque wanted us to cast aside our human concepts of ownership and live together as the monkeys do. They have so much to teach us.

(via Gizmodo, image via Lip Kee)