Monday Anime Round-up: Don’t Touch Me, Jujutsu Kaisen, I Am NOT Okay!

There's other shows to talk about too but WAH JUJUTSU KAISEN!!! 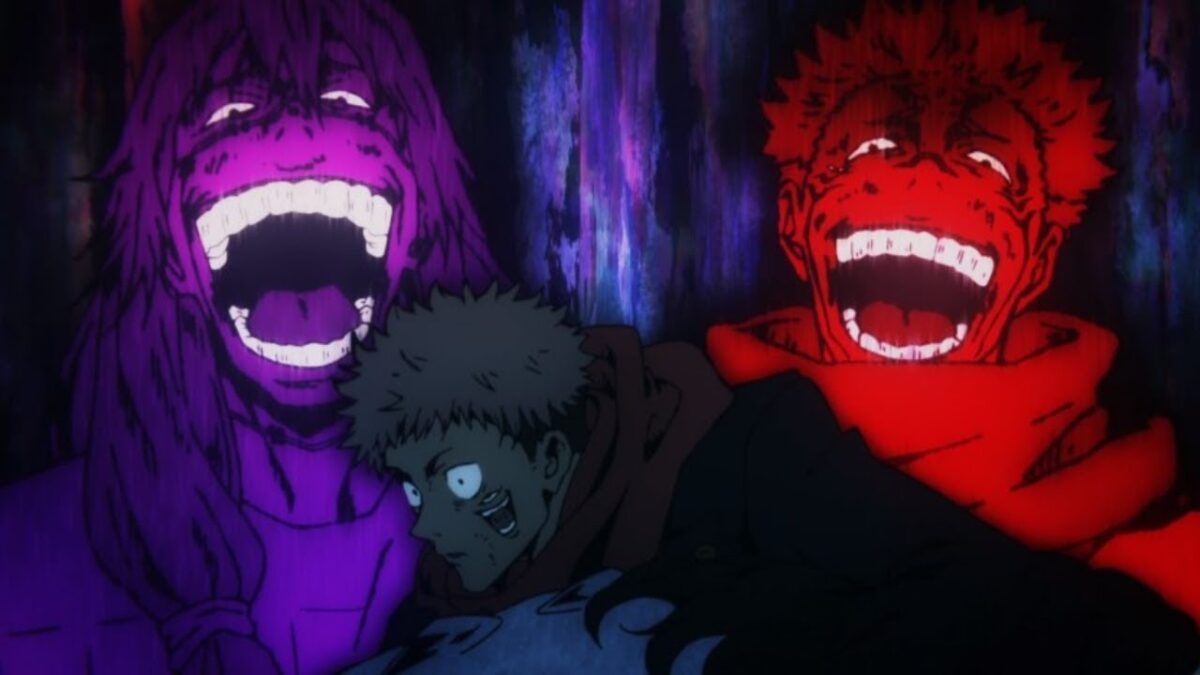 Welcome to the Monday Anime Round-up, a weekly series where I talk about the anime I watched over the weekend. This is week two, which means that I’ve been consistent for at least one week. WOOT!

To recap: this series of write-ups will, most likely, focus on currently airing anime series, but there’s always room for me to catch up on the other 3.14159~ shows I’ve been neglecting. There will be spoilers for each series since it covers recently aired episodes. That being said, I’ll recap any relevant information if I feel the need to, but for the most part, I’m just diving into the episode.

If you need a recap of last week you can check it out right here! 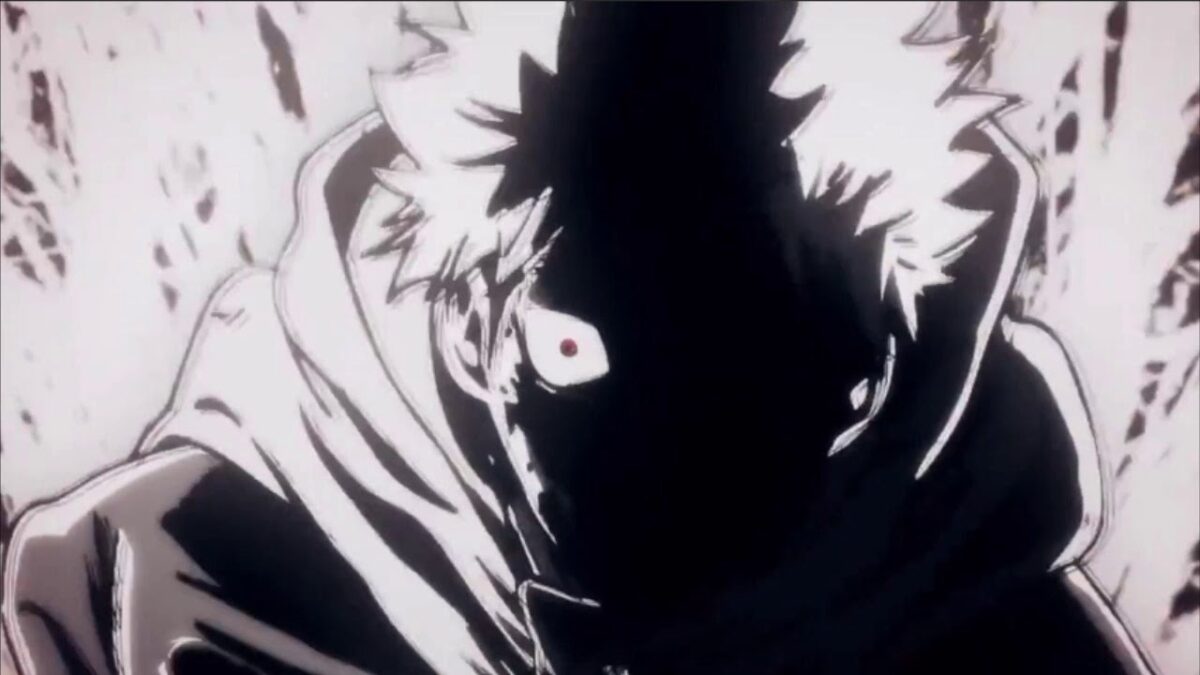 Extra note: This episode is subtitled as the dub is behind (it came out weeks after the sub). Jujutsu Kaisen episodes will be based on the subtitled version for the time being, but I may go in and recap the dub too!

I will NEVER look at an anime opening the same way again!

(honestly, as a writer this kind of storytelling is my toast and fresh-made JAM!)

In a flashback, we see Nanami trying to convince Itadori to sit this one out, but we all know pink-haired protagonists don’t just sit idly by, so cue a cruel battle between him and his new friend, Jumpei. Junpei’s on a revenge quest after the death of his mother, also, he’s been bullied to the point of having cigarette burns in his forehead so he’s a smidgen bit pissed about, well, life in general. As the fight intensifies and Junpei tearfully lets out his pent out frustrations, Itadori stops fighting and lets his friend get a hit in. Itadori apologizes for not listening and offers something that Junpei is sorely in need of: comfort.

After hearing the full scale of Junpei’s situation re: his murdered mother, Itadori tells him to come to Tokyo Metropolitan Magic Technical College with him (that’s where Itadori’s learning how to be a jujutsu sorcerer). There, Junpei will have support, and they can work together to figure out who killed his mother. Before Junpei can accept the offer, that punk ass b*tch Mahito shows up (you’ll see why I’m furious with him in a second). Mahito attacks Itadori since his plan is to get to Sukuna, and poor Junpei, who thinks Mahito is a friend, tells him to stand down.

Itadori, being able to register the full scale of Mahito’s creeper smile, begs Junpei to run. Junpei doesn’t because Mahito’s manipulated him into an unsettling friendship. Mahito rewards Junpei for his loyalty… by using his curse technique to transform him into a misshapen mess that attacks Itadori.

Itadori holds Junpei back and starts begging Sukuna to come out and heal Junpei, momentarily forgetting that Sukuna’s kiiiiinda an uncaring asshole. Itadori is forced to listen to Mahito AND Sukuna belittle him, holding Junpei until his friend dies.

Mahito keeps laughing about the whole thing … until Itadori goes on the offensive. Mahito’s all blah blah you can’t hit me because you can’t hit my soul then starts bleeding because Itadori is PROTAGONIST PISSED over the death of his new friend. He even goes back on what he said last week about not wanting to kill people and vows to KILL Mahito. On the one hand, this pleases me, because f*ck this dude. On the other hand… Itadori is one of my anime sons and I just want him to live the life he wants, the one where he will never have to kill people. He’s already going through enough because he KNOWS that the end game of this entire series is his death, why can’t he have this one little thing where he makes a friend he can watch some damn movies with?!

Mahito gets the upper hand and touches Itadori’s soul, which gets him to Sukuna, but ah, just because the king of all curses shared a laugh with you doesn’t mean y’all are that close. It’s the equivalent of that commenter on social media who thinks they’re close to you because they like all your posts and you acknowledged them one time. Like. That’s not a friendship, it can be overtime if BOTH parties agree, but as it stands Mahito doesn’t know Sukuna like that.

So Sukuna puts Mahito in his place and shoves him away from his soul because know your place, fool.

Me at that moment:

The episode ends with Nanami showing up to fight alongside Itadori who is, most certainly, running on adrenaline since he doesn’t even bat an eye about how banged up he is.

Next episode we get a new opening and ending which is just … so hurtful. Junpei was all over this current opening, sitting and smiling with Itadori, and now we know that the two will never share moments like that again. Junpei was even sitting with the rest of the cast as if he was gonna be able to meet them. It was all a heartbreaking what could’ve been set up. 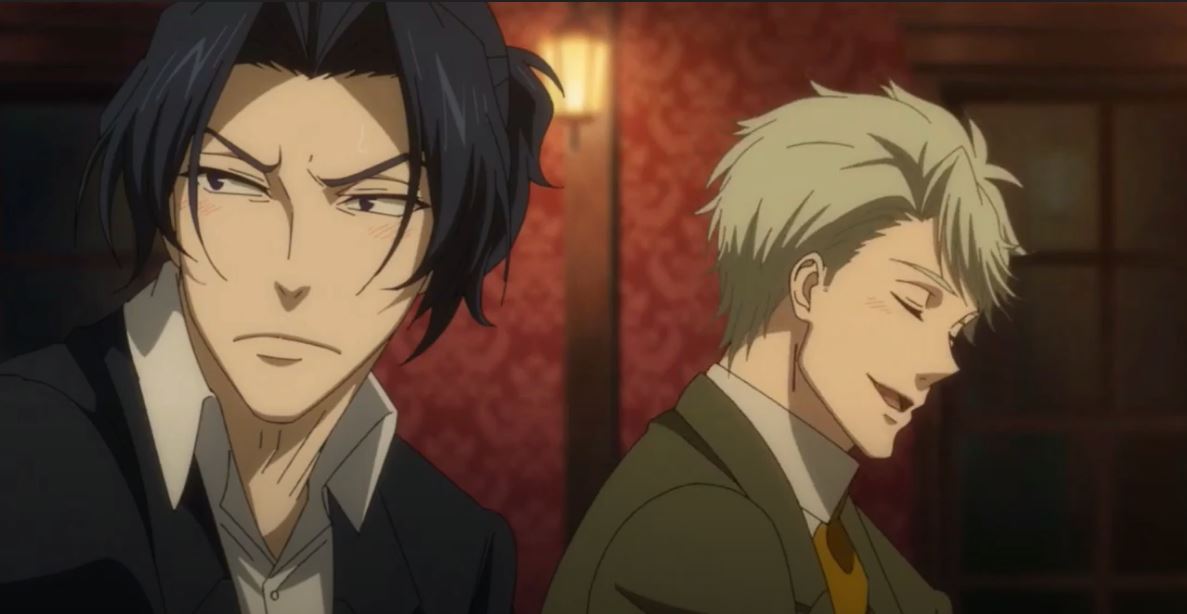 And now for something more lighthearted (thank god).

We left our sexual tension duo, Moriarty and Sherlock, at the beginnings of a case where Watson… killed a man? Ugh, I said lighthearted damnit! I’m kidding, Watson didn’t kill him, he just looks all kinds of suspect because there’s blood on him. That’s because the killer bumped into him and, like, wow how much blood was on this killer if THAT much got on Watson?

The train police want to take Watson into custody but they’re talked out of it by Inspector Lestrade who swears that Sherlock can solve the case. Moriarty points out they have a time limit because once they get to the next train station, the killer would be able to escape. Moriarty and Sherlock team up and proceed to be the smartest men in the room, putting the pieces together so they can figure out who the real culprit is.

Now from what I can gather (unless if it’s revealed later) this case isn’t something Moriarty planned, it really IS a murder he had nothing to do with. Kinda. But I’ll get to that.

Sherlock shows signs of missing his detective husband, Watson (they’re not really married but they might as well be) because he calls his name when leaving to work on the case, forgetting that he’s been arrested. Louis doesn’t think he and his brother should get involved at all and that William is growing too fond of someone who’s gonna end up being his nemesis. Louis is right, of course, but William’s too interested in Sherlock to care, besides, Watson is innocent we should help him yeah yeah you just wanna keep mentally banging Sherlock, dude. Needless to say, Moriarty and Sherlock solve the case, but I should note that Moriarty did plant evidence on their suspects so they could solve the case faster. You see, if they did it the legal way, it would’ve taken Sherlock too long. Moriarty’s way got them fast results just in the nick of time. Surely that makes it okay…?

Sherlock and Watson make up as Sherlock stumbles over an apology by not actually giving one, instead asking Watson if he’ll partner up with him again. In a cheeky response, Watson asks for a cigarette and reveals that he had matches in his coat pocket. See, because their fight started over cigarettes? It’s cute!

The episode ends with a mystery man meeting with the queen about some missing documents and we find out it’s Sherlock’s brother, Mycroft. 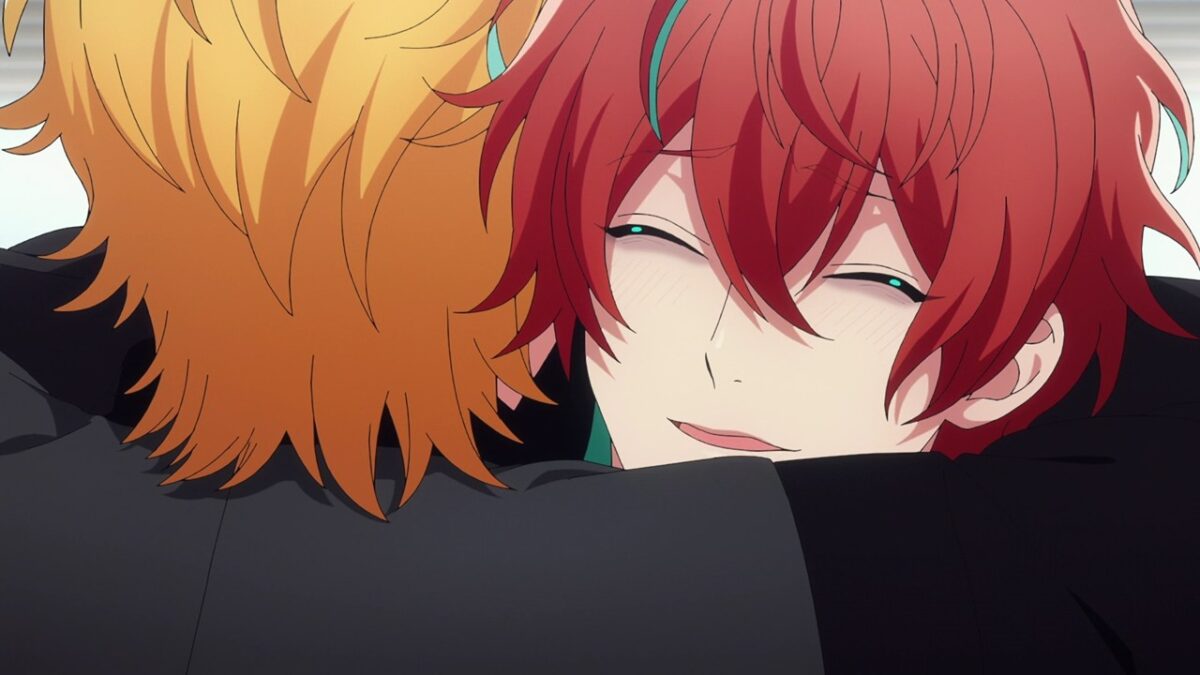 Oh boy, where to start with this one.

Oh trust me it’s nothing serious. The series still retains all of its glorious silliness, but this grand master plan these women have come up with is… not smart.

So the initial plan was to use Ramuda to hypnotize Jakurai to obtain his healing rap abilities. Why do they want this ability?

See, I honestly don’t mind that this series is silly, but I at least want some sort of cohesive plan, because NOW the Party of Words plans on just… capturing ALL the rap battle participants and hypnotizing them to make them do their bidding.

Why … wasn’t that plan from the beginning?

Also, why do we need rap battles at all?!

Apparently, it’s so the men don’t rise up against them, but I dunno, ma’am, these men seemed pretty content with the way life was until it was time for the rap battle? No one was talking about staging an uprising, but now they certainly are because you all are trying to kidnap them. Just let the tired salaryman and the host club guy hug for long periods of time, please?

(seriously they hug forEVER and it is PRECIOUS I am fully on board with the Doppo and Hifumi ship).

As the crews try to escape they run into Tom, Iris, and Rex (the journalist group they keep running into throughout the series). The journalists lead them into a trap! Oh no! Turns out these three have been working with Party of Words this entire time! They are Secret Aliens, a group of freedom fighters working to keep the peace and help revolutionaries or something? Then why the hell are they helping the Party of Words?! Oooooh, it’s because these rap battles boys could potentially disrupt the peace of their city. Tell me, Secret Aliens, and Party of Words for that matter… when have ANY of these crews ever said ANYTHING about disrupting the peace of the world??? They even had animosity BEFORE the rap battle where they wouldn’t DREAM of working together, but by you persuing them they’ll now, inevitable, work together!!!

Last week I tried the first episode of Akudama Drive and after watching the second episode I think I’m just gonna make time to catch up on the whole thing because it’s fun as hell! There are only two episodes dubbed at the moment, but the subtitled version is further ahead.

That’s it for your Monday Round-up! Who else is watching these series? What anime are you watching over the weekend? If it’s Jujutsu Kaisen please cry with me about it!