Will Steven Moffat And Matt Smith Return For Doctor Who Season 8? 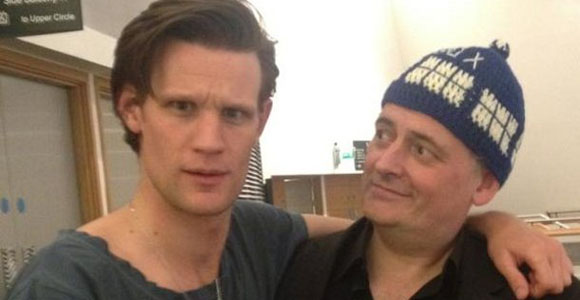 Ok, let’s start with the rumor mill first since it may have no basis in reality whatsoever. Many fans have been disappointed with Moffat as a showrunner, specifically this season, and if the rumors are to be believed, so is the BBC.

The Daily Mail, here’s where your grain of salt should come in, reports on something a BBC “insider” said. “The 50th anniversary episode seems a good opportunity for him [Moffat] to bow out. Either way, something dramatic needs to take place to improve ratings.”

My personal thoughts are, yes, it would be a good time for him to bow out and let someone else take over the reins (Mark Gatiss?). Moffat has some great ideas and writes good episodes but I’m not sure showrunner is his forte.

Though according to Digital Spy, Moffat is already hard at work on Season 8. “It is real and it’s happening – it’s [taking up] most of my time at the moment,” he said.

But will Smith be along for the ride? We know he’s being courted heavily by Hollywood and is currently shooting a film with Ryan Gosling. Is his star shining too brightly to return to Who?

Nah, he’s just “on a break,” according to Digital Spy. Smith said, “We come back and shoot the Christmas special over the summer, then we go on to the next series, which will either start filming at the end of this year or at the start of 2014.”

So there you have it. Meanwhile, you can catch the Season 7B finale, “The Name of the Doctor,” this weekend.