Mad With Power, Moffat Names Two Doctor Who Characters He’d Bring Back If He Felt Like It

He's got folders full of characters he could bring back! 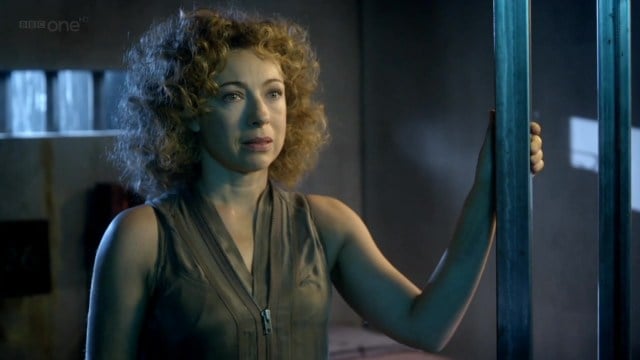 Whatever! You don’t know Steven Moffat! He can do what he wants! All of time and space… are his to control!

Moffat told Zap2it that he’d absolutely bring River Song or Jack Harkness back to Doctor Who if it served a story worthy of either character’s presence. Who cares if Captain Jack’s storyline was satisfyingly resolved or River’s was… well, just resolved? Moffat has the power. The Doctor got a bunch of new lives just because Clara asked real nice! Anything can happen!

However, there are no dead horse-beating plans in the works yet—well, not any more than usual. It’s just something that he wouldn’t rule out for the future, Moffat said:

It’s never, ever closed off. It’s all about ‘Do you have a story that’s worth it?’ Unless you’ve got a story that is absolutely informed and invigorated by their presence, just bringing a character back in an ordinary story won’t do.

Both River Song and Jack Harkness are massive characters in ‘Doctor Who’ mythology. Their returns would have to be seismic, not routine.

I know! How about “Jack Harkness takes Manhattan?” Or, better: Make the Doctor a woman, and River comes back and is totally on board. How’s that for a storyline worth bringing a character back for? We’ll be waiting, Moff.

Moffat also added, “Sometimes you have to know when a story’s over, you do. One of the things you always want to say is ‘leave them wanting more.'”

Well, you always want to leave them wanting more, sure. But then you’re like, Nah. Screw it. Give them more as much and as often as you can until they finally cry out for you to stop. Then you’re good.