Moé, Misogyny and Masculinity: Anime’s Cuteness Problem–and How to Fix It It can be easy to focus on the lightning rods of criticism for anime and manga. Panty shots? Check. Unfeasibly large-breasted characters? Check. Sexualized children? Check. All of the above in a non-erotic series? Check. There is of course value in discussing these things, but they are low-hanging fruit; most anime fans will understand or agree with people taking issue with these elements. The conversation becomes more complicated–and more heated–once we address aspects of anime that many viewers actively enjoy, consider an integral part of the anime experience and can’t imagine being a problem.

So let’s talk critically about cuteness. Specifically, let’s talk about a subset of cuteness in Japanese 2D artistry: moé. (Two syllables: moh-eh. Not Moe like the bartender.) Moé is an affection towards fictional characters, an emotional response similar to feeling a pull on the heartstrings. It is most precisely used to describe a feeling of wanting to protect and support a character, but over the years its use has broadened to become almost interchangeable with words like “cute,” “cosy” or “warm.” I am sure most TMS readers will understand feeling drawn to specific characters in this way. The difference is that Japanese creators have refined and commercialized the type of character expected to evoke this sort of response to the point that incorporating it is often part of the production process.

Empathy with characters is important, and showing vulnerability is essential to build empathy for any character. However, when aiming for a moé response creators often try to generate insta-empathy through devices like cat ears, hyper-feminine costumes or a school setting, all calculated to position characters as vulnerable–relative to the adult male viewer–from the start. Unreality is key; you cannot feel moé towards a real person, only fictional characters, and moé characters are largely designed to be plausible (yes, it is hypothetically possible for high school girls to think and act in this way) without being realistic (no, I have never met a single high school girl who thinks and acts in this way).

The result is that most moé characters are deliberately unrealistic teenage girls. This looks like half-decent representation of women when your standards have been dragged down by decades of Enormo-Boob and Lolita, but moé is not above criticism.

The Moé Manifesto is a book of interviews with high profile individuals in moé subculture. When asked why so many moé characters are young, Moé Manifesto interviewees replied:

“[Being young] makes them vulnerable, which inspires us to protect and nurture them. The character needs support, love, or care, even if she is strong and independent. If she is not at all vulnerable, then she can live on her own. It would be hard to approach such a perfect being.”
-Honda Toru, author and cultural critic

“People into moé are losers in the love market. In order for them to feel secure and happy, their partner has to be younger and appear to be within their control.”
-Morinaga Takuro, economic analyst and university lecturer

“Because that is when girls are the cutest. They are innocent, pure, and sincere. They don’t strategize and play games with people.”
-Ito Noizo, illustrator and adult game character designer

This undercurrent of misogyny runs through The Moé Manifesto. At its worst, moé anime actively encourage this, but even in subtler shows isn’t that still the core idea? That these girls are simple souls with pure dreams and warm hearts who just need to be protected so they can grow into the ideal woman? Even though the stereotype of teenage girls in the real world is closer to “incomprehensible she-demons who just want to have sex?” 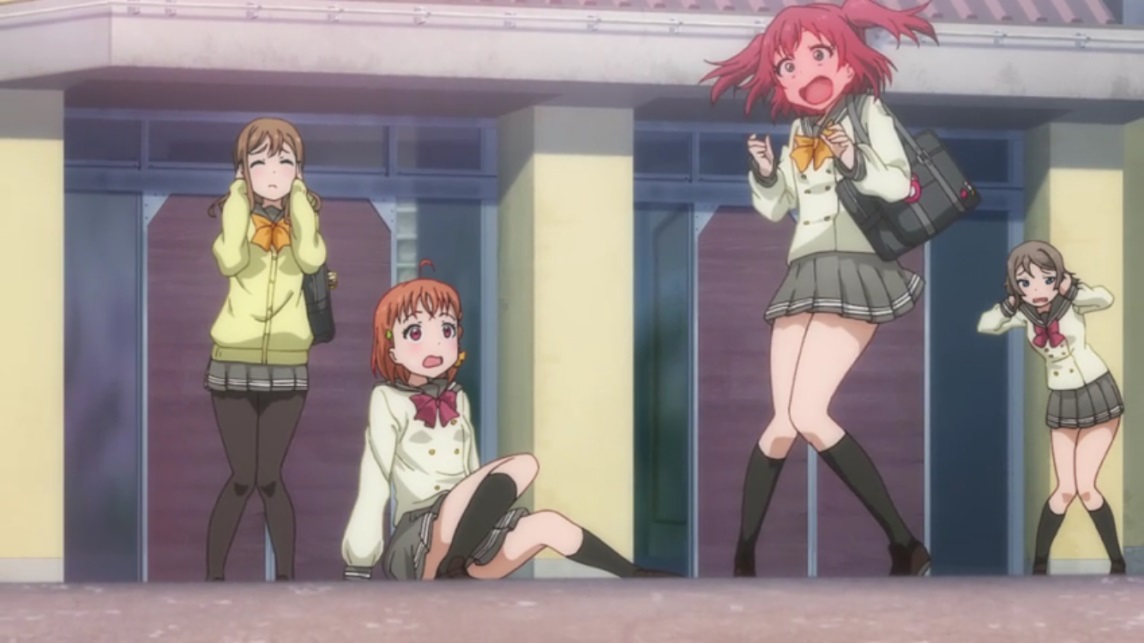 Any empathy developed for these female characters is not applicable to women in the real world. Moé Manifesto interviewees point out that otaku who enjoy the “little sister” character type rarely have actual younger sisters, and a love of moé maids does not extend to an interest in actual women paid to clean.

“Moé characters respond to very specific fantasies in a way that reality cannot. You could say that these images of women are independent of reality.”
-Kotani Mari, author and co-founder of the Japanese Association of Feminist Science Fiction

“The deeper you pursue moé, the more you understand that it is about fiction.”
-Higashimura Hikaru, fanzine publisher

Then there is the fact that moé characters are designed to appeal to adult men with the income to afford DVDs and models, but the vast majority of moé anime have teenage protagonists. Even in the handful of anime set in university or the workplace, main female characters are often infantilized to bring them closer to the moé ideal. Moé is all about building empathy for characters, but only those least like the real women the target audience is likely to interact with every day. I should acknowledge that a moé anime’s target audience could be children as well as adult men, and of course moé anime have fans from all demographics regardless of how it was marketed. One of the truly positive things about moé is that it is historically rooted outside societal norms of gender and sexuality, and has resonated with many individuals who identify outside these norms. Moé began with adult men consuming cartoons and comics designed by toy companies and marketed to young girls, then forming fan communities and saying publicly “This is meaningful to me too.” You might recognize this pattern from such fandoms as My Little Pony, the most obvious western example of grown men challenging perceptions of masculinity through cute pop culture. People are reading these texts in a way that subverts and resists society’s messages about what men are and should be–how great is that?

However, adapting certain anime to better suit these adults while still appealing to its original audience means giving children messages about what women are and should be which are rooted in deliberate unreality. This leads to some uncomfortable promotional imagery and merchandise decisions for such children’s television. Similarly, moé gives us a large number of shows featuring well motivated female protagonists, large female casts, and a variety of relationships between female characters, effortlessly passing the Bechdel Test on a scale we can only dream of for western pop culture. However, it is all framed to cater to the male gaze–even if this is through the characters’ behaviors rather than their physical attributes.

As a woman keen to see increased representation of female characters on screen, I find moé alienating. Moments of cutesy clumsiness or misunderstandings only believable from a five-year-old are so far away from anything I experienced as a teenage girl with female friends my age that it is impossible for me to relate to those characters. Such moments have the same effect on me as sexual fanservice: I get yanked out of my immersion in the story, roll my eyes and either switch off entirely or wait for the anime to win me back over again. If we can acknowledge the genuinely positive aspects of moé while also criticizing the ways in which it contributes to a long-standing problem of female representation, perhaps we can build a more inclusive anime culture together.