"Sexy" and "Sexualized" Aren't the Same Thing | The Mary Sue

We can have one without the other. 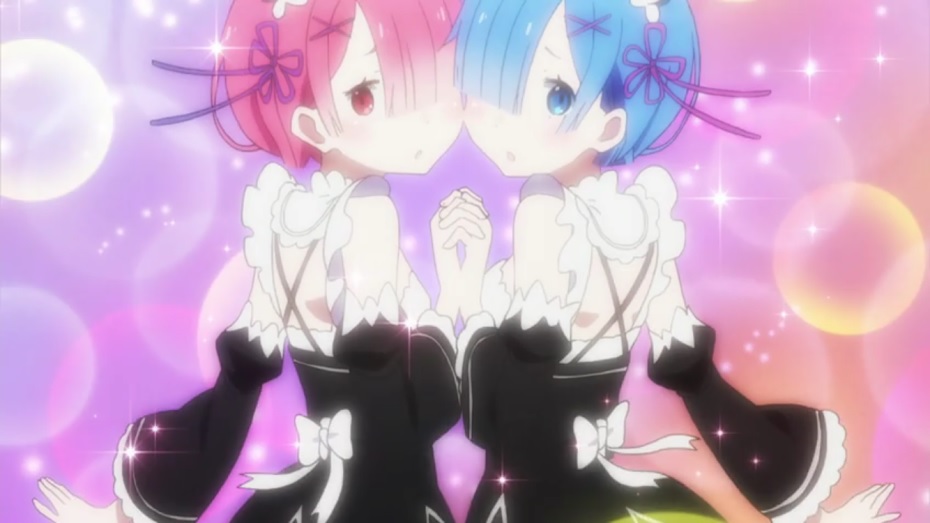 When you say “the objectification of women is a problem,” a whole lot of people hear “BAN BOOBS. AND BABES. NO BREASTS OR THEIR ATTACHED FEMALES ALLOWED IN ANY MEDIA EVER AND ANYONE WHO FINDS SUCH THINGS SEXY IS A SEXIST PIG.”

I’m going to give these commenters the benefit of the doubt and assume they genuinely don’t understand that portraying images of an attractive human body is not the same as objectification. For a perfect, timely example, just look at the Olympics. These elite athletes are not doing anything sexual in their events, but the prime physical condition of their bodies and the close-fitting and/or revealing clothing worn to achieve peak performance often aligns with what society has deemed sexy. And nobody has a problem with Olympic spectators thinking the athletes are hot.

I repeat: nobody has a problem with you being turned on by people you find attractive. This article is not about how you perceive people; it’s about how they are presented to you. 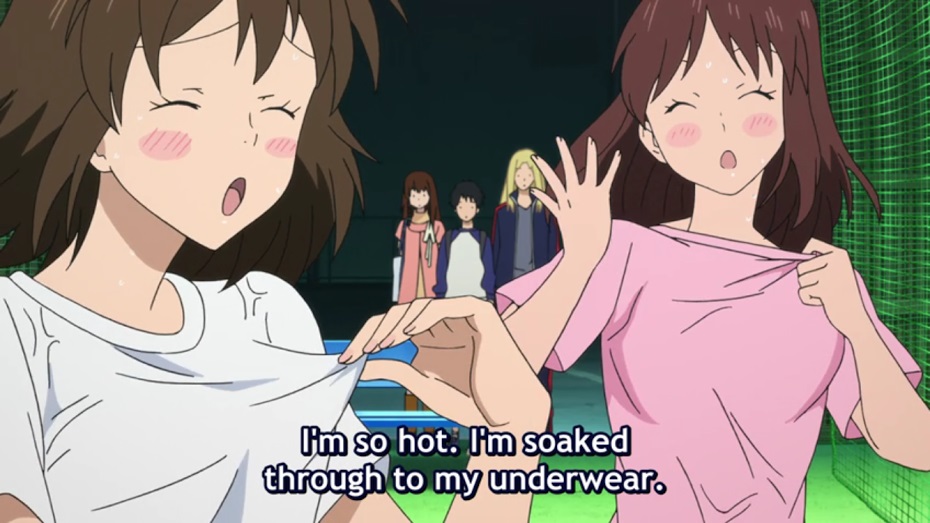 The human body is neutral, not inherently objectified just by virtue of being visible. When Olympic athletes are represented in the media, the photographers, journalists and commentators have a choice: do they show these accomplished professionals doing their thing and allow viewers to decide on their own if they find the competitors attractive, or do they choose close-ups, angles and descriptions which draw attention to attractiveness over performance? For male athletes, the media usually opts for the former (with the recent exception of Pita Taufatofua, whose oil-slicked body at the Rio opening ceremonies threw American media personalities into a tizzy). For female athletes, the answer is still too often the latter.

There is also a conversation to be had about their appearance before they get in front of cameras. Why are athletes required to wear the uniforms they are? Who chooses them and how much do they base their decision on factors other than performance? Do male and female athletes have genuinely comparable clothing requirements? Are they assessed on truly equivalent terms or are there rules which penalize women for matters that have nothing to do with sporting achievement and everything to do with perceptions of femininity?

The answers to those questions illustrate the difference between sexiness and objectification.

These questions apply to fictional characters too, especially drawn women. Real women have real bodies and real opinions about what they are asked to do at work. On Game of Thrones, Emilia Clarke reportedly refuses now to do topless scenes unless she believes they are justified, and has been outspoken about how she thinks most sex scenes are “gratuitous” and “just to attract an audience”. She later softened this slightly, but only to clarify that nudity should be used either to progress the story or deepen understanding of character. In other words, she doesn’t mind being naked; she doesn’t want to be objectified.

Animation, video game and comic book artists don’t have to deal with this hassle, nor with the fact that realising the G-cup fantasy on real women would usually require more prosthetic breasts and fewer internal organs. Real women are inconvenient. 2D women? No such baggage. As artists, they can create whatever they like, with no restrictions… so of course, artists draw women with essentially the same few body types, or even exactly the same body type. This has received some backlash in the video game, comic book and western animation communities, leading to increased diversity. In anime, it is practically industry standard and vigorously defended by its fans.

In other words, media creators have spent decades convincing consumers that sexiness looks like the objectification of women, and anime fans have become ambassadors of that definition of sexiness. It’s embarrassing. And avoidable. 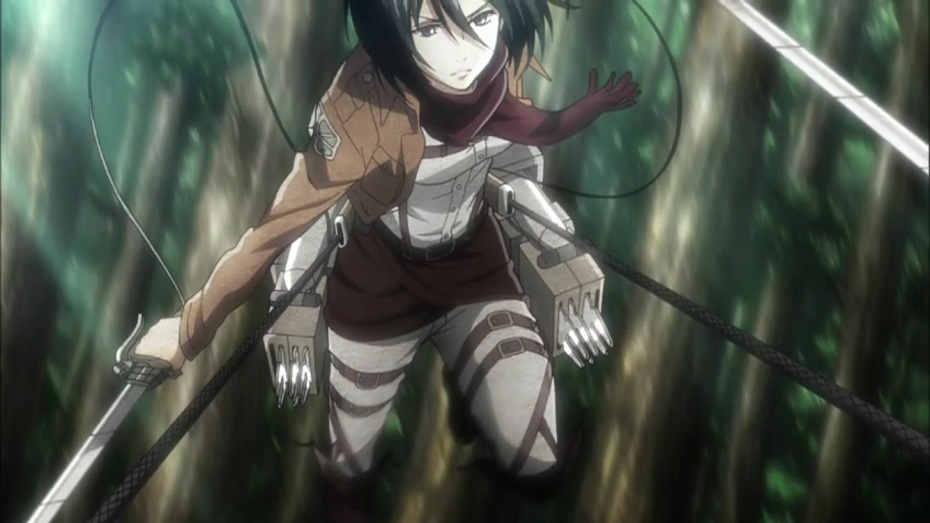 We don’t even have to go far to look for alternative, non-objectifying approaches to sexiness, in other fandoms and our own. There are multiple examples (and I would love to hear other people’s) but my first thought in high profile recent anime was Mikasa Ackerman from Attack on Titan. She has a plausible figure for her background and demographic, shows agency, motivation and personality while moving in essentially the same way as her male peers in exactly the same uniform. Neither she nor her show is completely unproblematic, and I’m sure not every viewer even likes her–what turns you on is extremely personal after all, despite anime’s cookie-cutter approach to it–but she is generally presented as attractive without being objectified.

Mikasa is heavily sexualized, of course–in merchandise and fan creations. If we’ve learned one thing from fujoshi let it be this: fans don’t need to see characters explicitly sexualized in the text in order to find them sexual, and creators don’t need to explicitly portray characters sexually in order to profit from that fan response. If fujoshi culture and its impact on the anime industry isn’t proof enough, My Little Ponyfandom should convince you.

See how male character Rock crawls around and bumps face first into Revy’s bare thigh, and it isn’t sexualized at all? See how she holds her gun in a way that is definitely phallic but doesn’t interrupt the story? See how her movements are flexible, agile and anime-style unlikely without requiring unnatural back-arching or boob physics? See how she wears a crop top and short shorts and the camera still manages not to close in on her breasts, crotch or butt? See how they use this fight to give us some insight into her character and the characters watching her?

Look at how impractical her clothing is and how unnatural her breast movements are. Count how often the animation draws attention to her breasts and/or her wide open legs. Notice how little we get to see her face, and how many shots of her face also prominently feature her breasts.

One more major difference between the two: guess which one was broadcast around midnight in Japan and which one was aired on Sunday mornings. Guess which representation of women is being marketed to children.

Sexiness without objectification is not some hypothetical or abstract concept, and the Black Lagoon clip is just one example of one version of what this can look like. “Sex sells!” commenters squawk every time this comes up, as if this voyeuristic collage of disembodied lady parts is the only way to make non-erotic programming commercially viable. Exactly how low is our opinion of Japanese animators that we think them incapable of making cartoon women hot without dehumanizing or humiliating them? Agency, motivation, a voice, personality, enthusiasm, dignity, autonomy, consent–it’s disheartening just how many people see such elements as unreasonably high expectations in a medium where literally anything is possible.