Hayao Miyazaki Announces the Title of His New Feature, and We’re Already Crying 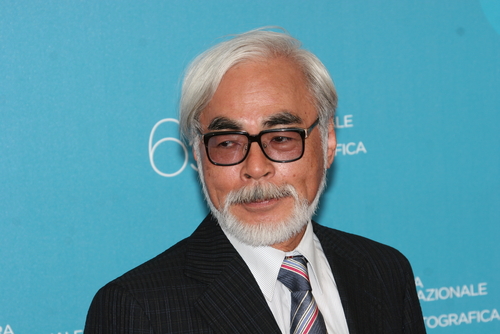 While Studio Ghibli’s Hayao Miyazaki might’ve gone into retirement (something the artist has done a few times already), the esteemed animator has never been idle. The upcoming CGI short feature Boro the Caterpillar has been news for a while and fans celebrated when Miyazaki recently declared a dedicated return to making Ghibli films, citing his dear grandson as the reason.

So what will this new film be? An epic fantasy like Howl’s Moving Castle, a charming bit of everyday magic like Totoro, a slice-of-life like Whisper of the Heart, or something else? The Asahi Shimbun writes the 76-year-old director shared the name when speaking at  Natsume Soseki Memorial Museum at Waseda University in Tokyo. The film we be titled Kimitachi wa Dou Ikiru ka, which translates to “How Do You Live?” or “How Are You Living?” It takes its title from a 1937 book by Genzaburo Yoshino, a journalist who “served as the chief editor of Sekai (The world), a progressive monthly magazine, for many years and was an opinion leader in postwar Japan.”

“The film is about how this particular book featured prominently in the protagonist’s life,” says Miyazaki. The last film from Ghibli we saw was The Wind Rises, and fictionalized biopic of engineer Jiro Horikoshi whose airplanes are then used by the Japanese Empire in World War II. There’s no doubt a great deal of overlap there, in addition to the ways that the pacifist animator has often used his film to try and critique the militaristic Empire and violence towards both nature and people. There was valid critique about the way The Wind Rises approached a WWII Japan, but I’m very excited and curious to see what kind of journey we’re see in Kimitachi wa Dou Ikiru ka.

Miyazaki also added that “It will take three to four years to complete the anime”, so there’ll be a bit of a wait. What do you think about the premise for Miyazaki’s return?

(via Kotaku, image via Denis Makarenko/Shutterstock)