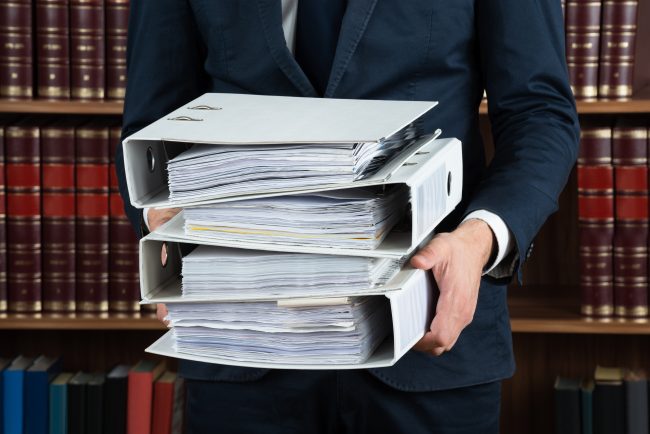 Hey, remember back in the halcyon days when Mitt Romney seemed like a bad Republican contender for President and he blundered by suggesting he had “binders full of women” candidates to hire? Remember when the Republican Presidential candidate got laughed at for trying too hard to hire women instead of publicly bragging about assaulting women, then winning the election?

I remember too. It seems so much like a dream. Anyway, it appears that Mittens wasn’t exaggerating. The binders were real, and The Boston Globe has them.

Per The Washington Post, reporters at The Boston Globe are in possession of Romney’s binders, which exist in the actual world and not merely in the land of make believe, as we suspected at the time. Need a refresher on that happened in 2012, when America was a more innocent place and Donald Trump simply a many-times-bankrupt businessman and celebrity judge on his own reality show?

Yes, the emergence of a pair of three-ring binders, stuffed with women’s resumes, is a reminder of a gaffe Romney committed during a debate five years ago. Touting his efforts to recruit women for government posts during his tenure as Massachusetts governor, Romney awkwardly referred to “whole binders full of women.”

It wasn’t clear at the time whether these were literal or metaphorical binders. Either way, the remark suggested that Romney, a veteran of the male-dominated world of private equity, lacked women in his circle and could only hope to hire some by taking deliberate measures. 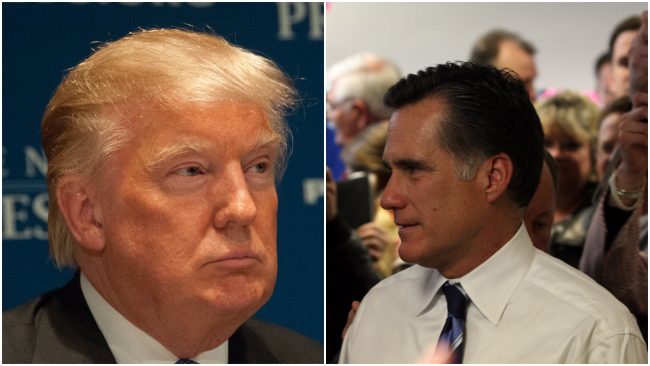 Oh, wow, I remember that time and how mercilessly we mocked stiff ol’upright Mitt, with his coiffed hair (how much we now wish the President had hair that could be coiffed) and braggadocio about wanting to employ women. Time marches on, my high school history teacher used to say; I wish we could walk it back to this far simpler era.

A former Romney aide found the binders—which date from Romney’s time as governor of Massachusetts—and passed them on to The Globe. The Globe’s Jim O’Sullivan paints us a picture:

Two white three-ring binders (weighing in at an aggregate 15 pounds, 6 ounces) are packed with nearly 200 cover letters and résumés, along with a few handwritten notations.

I’m kind of getting teary-eyed here. Do you think Trump even owns a binder or knows how to work one? All evidence points to the fact that he likes to just pile stuff up on his desk. Then O’Sullivan really makes me cry:

In the Donald Trump era, the notion that Romney paid a political cost for explaining how he had tried to hire more women seems almost far-fetched. These days, women’s groups have expressed frustration about the relative lack of women in Trump’s Cabinet and images of all-male groups making important decisions from the White House.

YUP. What’s also fascinating about the whole binders “scandal” is that it actually ended up generating a great many resources for women—groups proudly appropriated the “Binders” reference. A resulting convention, BinderCon, meets yearly in both New York and L.A. under the heading “the conference and community for women and gender-variant writers.” As Carolyn Cao put it in her Mary Sue post on attending BinderCon,

Romney’s “binders full of women” spiraled into memetic status and spurred a movement. Women and gender-variant writers claimed the Binder title as their own, converting “Binder” from a male politician’s soundbite into a feminist title of pride and resistance.

I’m personally part of several “Binders” writing groups on Facebook where female and gender-variant people share jobs, tips, sources, and give all sorts of advice. I’ve hired from Binders groups and been inspired by them. And none of this might have happened without Mitt Romney’s gaffe. In retrospect, it seems quaint and the binders themselves a kind of holy relic of an epoch now long gone and much mourned. I hope they end up in a museum.

(Via The Washington Post, The Boston Globe, images: Shutterstock)