We're getting the band back together! 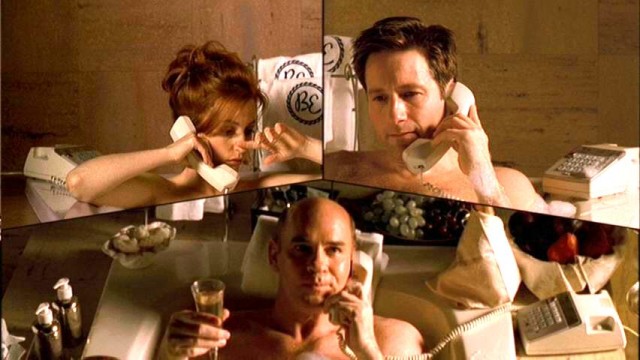 Yes, Mulder spilled the beans on a recent late night appearance a few weeks ago but check out what Walter Skinner, otherwise known as Mitch Pileggi, had to say about returning to The X-Files. Also I just wanted an excuse to use this picture of the cast in the bath.

David Duchovny had actually told viewers both Pileggi and chain smoker dude William B. Davis were set to return to what Fox officially said would be a six-episode run.

Very happy to announce that Walter Skinner will once again be getting all grumpy and bitchy with his two wayward kids. Very happy.

I’m excited for his return, if for nothing else than the lovable jabs he’ll get from Mulder.