“I Was Wrong”: Mitch McConnell Admits the Obama Administration Did Leave a Pandemic Plan, Which Trump Then Ignored 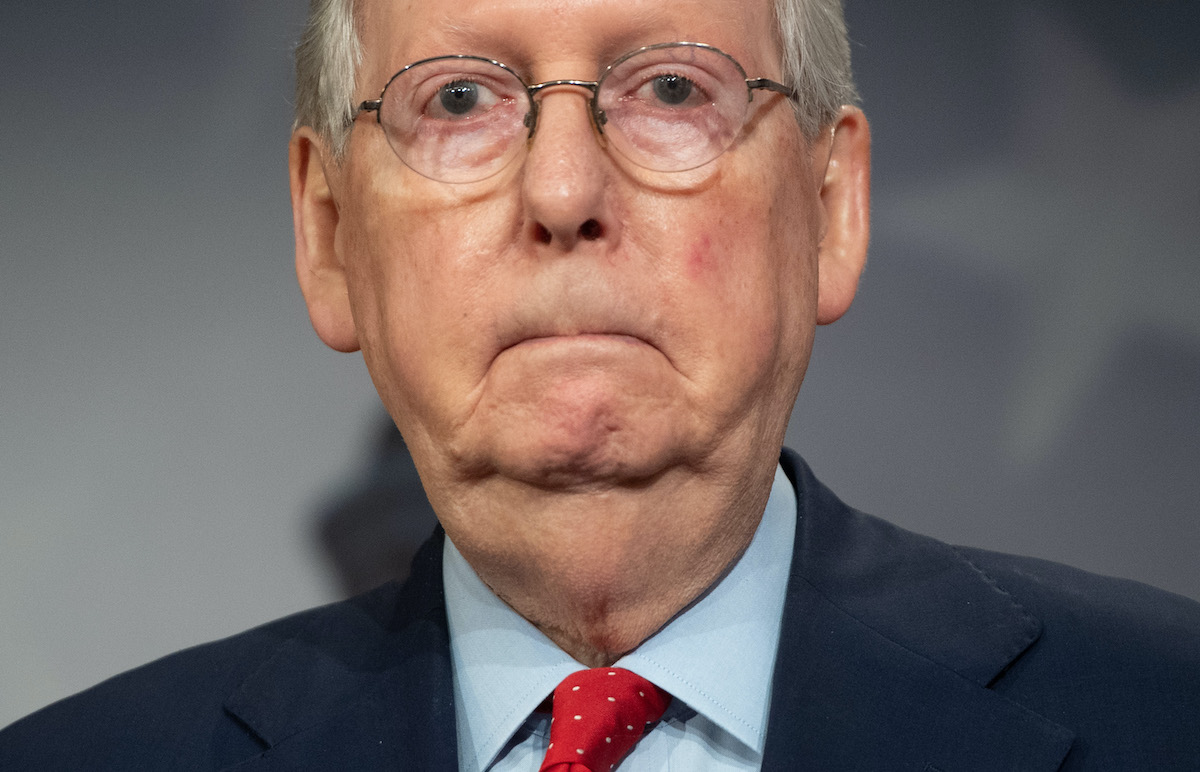 One of the weirdest forms Donald Trump’s coronavirus gaslighting has taken is his frequent denial that Barack Obama’s administration left any sort of pandemic gameplan, which they definitely did and Trump just chose to ignore.

For months, Trump has deflected his own slow response to the spreading virus on the fact that “the cupboards were bare” when he took office, claiming Obama left him with nothing or sometimes less than nothing and that he’s had to build everything up from scratch. He’s used this excuse for a whole range of issues from the economy to the current pandemic and even to the military’s supply of ammunition. It’s never been true but that hasn’t stopped Trump from repeating the blame-shifting claim.

Back in March, Politico reported extensively on the existence of a 69-page document from 2016, which included “hundreds of tactics and key policy decisions” for how to prepare for and respond to the kind of global health pandemic experts were already warning about being on the horizon.

We literally left them a 69-page Pandemic Playbook…. that they ignored

And an office called the Pandemic Preparedness Office… that they abolished.

And a global monitoring system called PREDICT .. that they cut by 75% https://t.co/OD94v0UI4n

Yet even as recently as this past Monday, Mitch McConnell was defending Trump and repeating his lie. During an appearance at a virtual Trump campaign event, McConnell told Lara Trump that “clearly the Obama administration did not leave to this administration any kind of game plan for something like this.”

But during an interview with Fox News Thursday, McConnell said three words we rarely hear out of his mouth: “I was wrong.”

“They did leave behind a plan,” he said on-air. “So, I clearly made a mistake in that regard.”

Mitch McConnell is backed into a corner and forced to admit he lied about the Obama administration not leaving a pandemic plan, on Fox.pic.twitter.com/dQCNro43XS

Way to do the bare minimum and acknowledge our shared reality, Mitch!

McConnell’s admission came after immunologist/public health expert/ousted whistleblower Dr. Rick Bright testified before Congress, laying out all the ways in which the Trump administration failed in their response to the pandemic. His testimony was so convincing and so damning that apparently not even Mitch McConnell could keep defending Trump’s lie.

In fact, even Trump himself seemed cornered into admitting there was a plan in place, although his response (via his new Press Secretary Kayleigh McEnany) was to dismiss it as a mere “paper packet.”

Claiming that Obama’s plan didn’t work because it wasn’t in a binder is fucking WILD. God, they just love weird props. https://t.co/m1S3GbSAhj

Even with these forced admissions, it’s not like Mitch McConnell or anyone else here is going to, you know, actually do anything to rectify that mistake. He won’t even go so far as to say Trump did anything wrong.

After he admitted his mistake, McConnell continued, “As to whether or not the plan was followed and who is the critic and all the rest, I don’t have any observation about that because I don’t know enough about the details of it to comment on it in any detail.”

So sure, McConnell managed to clear the bar of our expectations for Republicans’ responses to Trump’s inaction but that’s only because it’s set directly on the floor.