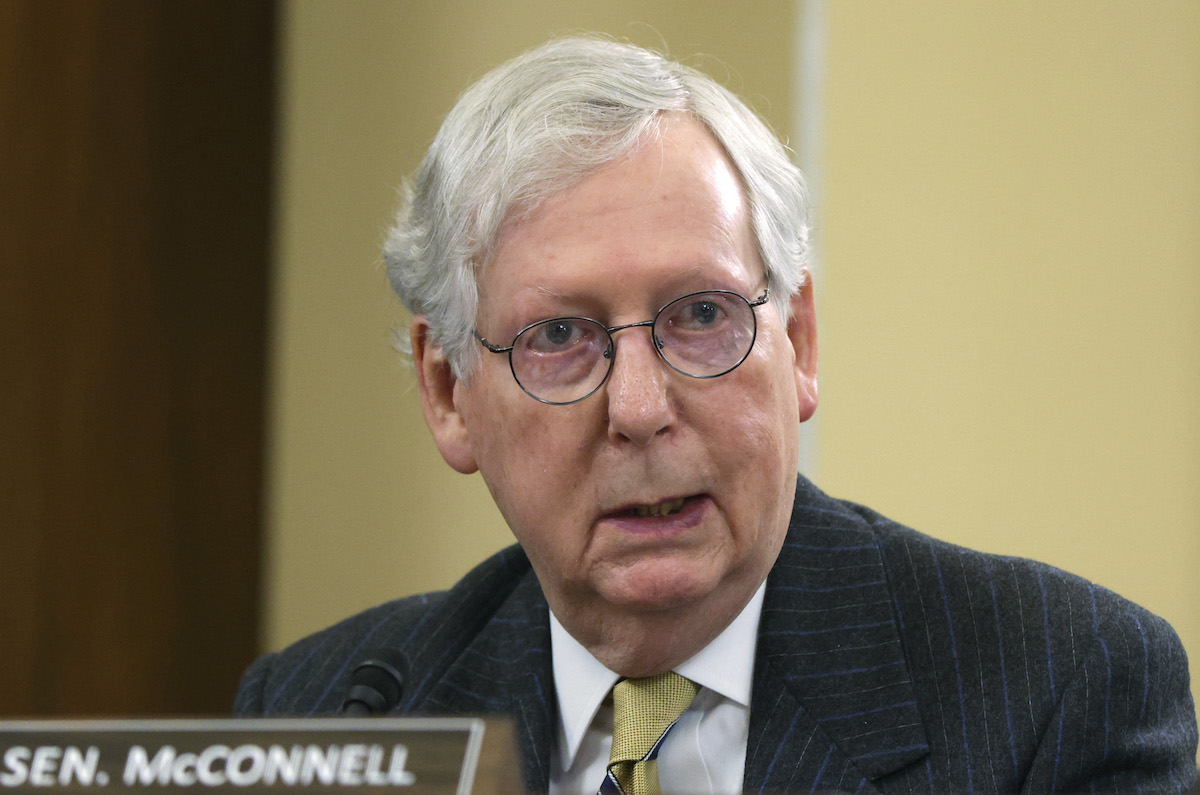 Republicans have been pretty upset recently with the growing number of corporations speaking out against the restrictive voting laws recently passed in Georgia. Major League Baseball moved its All-Star game from Atlanta to Denver. Other companies including Delta Airlines and Coca-Cola have condemned the law, prompting Donald Trump to call for a boycott of Coke that he couldn’t even be bothered to actually follow through on.

Trump called for a ban on Coke 3 days ago.

How is that going? pic.twitter.com/R0Ut4R77SL

In a press conference Tuesday, Senate Minority Leader Mitch McConnell issued a “warning” to these companies and to others who might be looking to follow suit.

“My warning to corporate America is to stay out of politics,” he said, adding, “I’m not talking about political contributions.”

For years—decades, even—Mitch McConnell has been at the forefront of the effort to let corporations be as involved in politics as possible. He has filed lawsuits and amicus briefs to support corporations’ “free speech” in the form of political contributions. During Obama’s presidency, he fought to protect wealthy corporate donors from retribution over their political stances.

In 2010, with Citizens United, the Supreme Court ruled that restricting corporate campaign donations a violation of their First Amendment rights. That was basically Mitch McConnell’s best day ever. In a statement at the time, he called it “an important step in the direction of restoring the First Amendment rights of these groups by ruling that the Constitution protects their right to express themselves about political candidates and issues up until Election Day.”

Hmm, I wonder what has changed between then and now that could drive McConnell to suddenly flip his worldview upside down. I guess he just always assumed that these giant corporations would be on the side of voter suppression.

“From election law to environmentalism to radical social agendas to the Second Amendment, parts of the private sector keep dabbling in behaving like a woke parallel government,” McConnell said in a statement Monday, adding that there will be “serious consequences” if corporations “become a vehicle for far-left mobs to hijack our country from outside the constitutional order.”

As a reminder, that “constitutional order” he thinks companies are trying to “hijack” is a law that makes it drastically more difficult for people in Georgia to vote, including limiting the availability of ballot drop-boxes, making it incredibly difficult to vote by provisional ballot, and making it illegal to give food or water to people waiting in line to vote.

Let’s be honest. Mitch McConnell doesn’t want corporations to “stay out of politics.” He just doesn’t want them telling the truth about what he and his allies are doing. He doesn’t want big business to bet on the future. He wants them supporting the injustices of the past.