It's literally a crime to give water to voters. 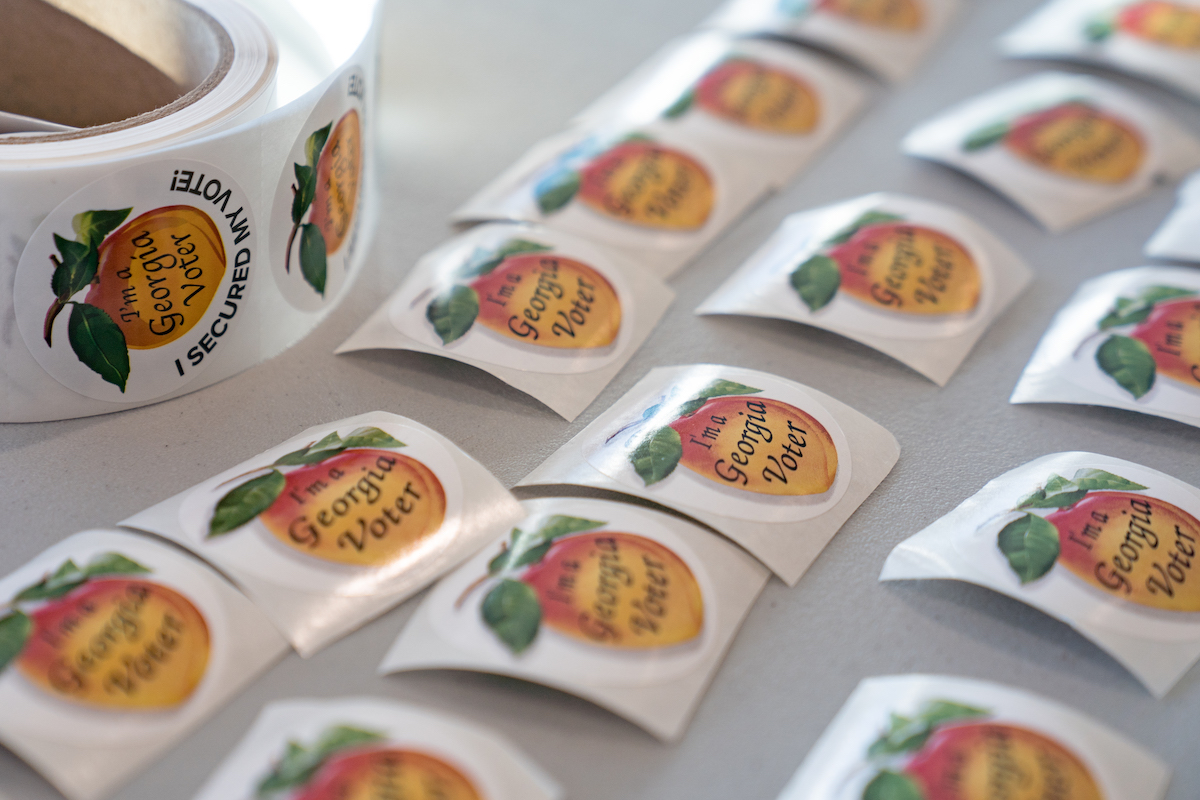 Having seen what can happen when systemically marginalized groups of voters are engaged and mobilized and have access to voting resources, Georgia lawmakers are working hard to make sure that never happens again.

State lawmakers have passed a bill, quickly signed into law by Governor Brian Kemp, that makes it drastically more difficult for people to vote, in ways that will disproportionately affect poor voters and people of color. It’s being called Jim Crow 2.0. During his press conference Thursday, President Biden said the new law “makes Jim Crow look like Jim Eagle.” (Presumably meaning it makes Jim Crow look patriotic, as a Google search for the term only brought up results for Biden’s own quote and one real estate agent named Jim Eagle who was quick to capitalize on the accidental shout-out by learning how SEO works real quick.)

Here are just some of the limitations enacted by this new law:

–It makes it incredibly difficult to vote by provisional ballot. If a person shows up to the wrong precinct in their country, they’re supposed to be able to cast a provisional ballot. Now that vote won’t be counted unless it is after 5pm and that person signs an affidavit swearing they’re unable to make it to the correct precinct, and they have to give a reason why. They also have to fill out a number of forms with information like when and where they registered to vote. (Personally, I don’t have that information ready to go off the top of my head.)

–They’ve eliminated (or at least supplemented) the extremely problematic signature-matching process that sees tons of absentee ballots thrown out every election, but replaced it with much stricter identification requirements that will make it harder for people to vote by mail. An estimated 200,000 potential voters in the state do not have a driver’s license or state ID number, which would prohibit them from voting.

–It limits the availability of drop-boxes for absentee ballots and strips the secretary of state of a good amount of authority over the election processes.

–It shortens the period between general elections and runoff elections from nine weeks to four.

–One of the cruelest parts of the bill is that it makes it illegal to hand out food or water (or “gifts” of any sort) to people standing in line to vote. Lines in some precincts–specifically in majority-BIPOC and lower-income areas–are known to have hours-long lines. It’s now a crime to bring those people water.

(Also, remember, if you wait in line for six hours at the wrong precinct but reach the end before 5pm, no provisional ballot for you. You have to go do it again somewhere else.)

Making it illegal to bring food and water to people standing in long lines that are only long because of policies you created to specifically and intentionally limit the electoral power of Black people is honestly more egregious and abhorrent than I have the words for.

It’s now illegal to give water to voters waiting on lines as long as 11 hours, created by GOP policies purposefully targeting Black neighborhoods.

Imagine criminalizing food and water but not assault weapons.

Every morning I wake up and check in with the news to find out which rights are being taken away. And it’s never “gun.”

Meanwhile, Democratic state Rep. Park Cannon, a 5 foot 2 Black woman, was arrested for knocking on Kemp’s office door at the state Capitol while he was signing the legislation Thursday evening.

As she was being taken away, she repeatedly identified herself as a lawmaker, and later said she was arrested for “fighting voter suppression.” Her charges carry a penalty of up to five years in prison.

Georgia Rep. Park Cannon spoke out after she was arrested for protesting new restrictive voter laws, calling them a product of a “white supremacist system.”

She faces up to 5 years in prison for knocking on the governor’s door.