Someone is lying, and it's fair to assume both. 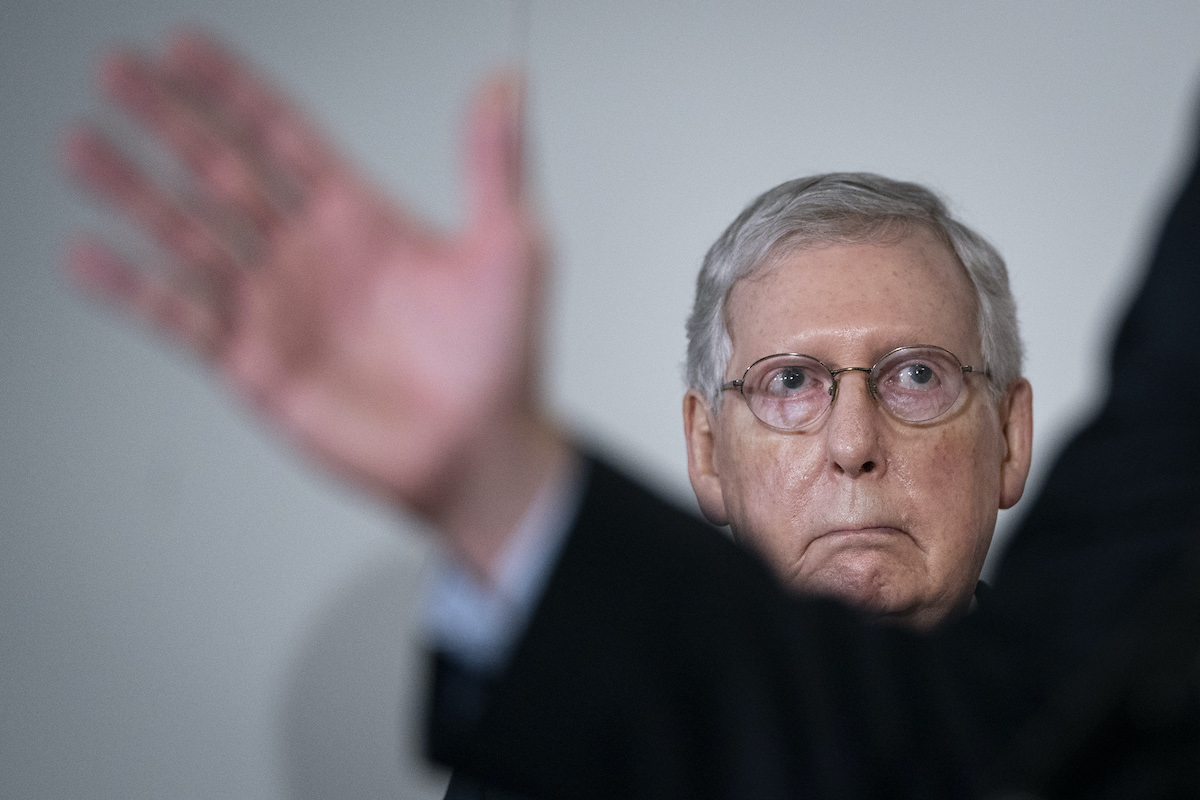 Senate Minority Leader Mitch McConnell and failed President Donald Trump are sparring again, and thankfully it is over nothing that will affect our lives. However, it’s still worth discussing for a variety of reasons. Basically, in 2016, Mitch McConnell released a memoir called The Long Game (which, for a man who’s been a conservative since he joined politics in the ’60s, says something.)

In a recent profile with The Washington Post, they pressed McConnell about this. The problem (only for McConnell) is that Trump said that he never wrote it in a separate interview with the paper. According to Trump, he told McConnell to write it himself. In this profile, McConnell deviates from further questions by saying he doesn’t have “anything to add.”

This man is tired of Trump’s particular brand of BS, and McConnell can stay tired because he enabled him. It’s almost certain that, as he says, Trump didn’t do the actual work of writing the forward when ghost writers are so common for things like this, even if he did sign off on it, but to make a point of explicitly saying so is also fairly certainly an intentional jab. I can’t even hit McConnell with that Benjiman Franklin idiom about a dog lying down with fleas because they are both terrible.

This isn’t the first time even in the last week they spatted over something. In Trump’s bizarro statements that he publishes almost daily because he can’t go on Facebook or tweet, he mocked McConnell for being one of 31 Republicans (13 in the House and 18 in the Senate) to support President Biden’s infrastructure bill (part of the Build Back Better Plan). A few Republicans were to be expected; a total of 31 was surprising—even with most elements of the BBB being popular among all voters, regardless of party affiliation.

When I first heard this story, I thought it was some sort of a redemption tour mess—you know, when high-level (usually conservative) politicians, their high-ranking staff, or sometimes talk show hosts no longer serve in their positions and find ways to mend their bad political image? Manipulating Google results to talk about something other than their obvious lies, scandals, etc. (Like Trump when he was more relevant.)

In a recent article in Salon about bracing for Bill Cosby’s comeback, writer Melanie McFarland called it Image Rehab Road. Without fail, they do one or more of these things:

Regarding book deals, I’m still trying to figure out how how to explain how terrible I think it is that the big five publishers bankroll politicians who actively write and vote in anti-LGBT, sexist, racist, etc. laws with these big book deals, but that is a conversation for another day. (Maybe when Mike Pence releases his book.)

Regarding Dancing With the Stars, this overt politicization of the show via purposefully inviting polarizing liars on air was something former host Tom Bergeron talked to execs about stopping in 2016, if not earlier. Fast forward to 2021, and he is fired after 15 years and replaced with Tyra Banks. Putting a successful (albeit very problematic) Black host in his place was likely a two-birds-one-stone situation in getting rid of Bergeron and appearing down with inclusion.

Anyways, this process all usually ends with a restored public image (war criminal and President George Bush) and a return to the same old or similar scope, but a new venue (Tucker Carlson moving to Fox News or Sean Spicer on Newsmax). Now in McConnell’s case, as the book came out in 2016, I’m not sure who this is supposed to show he has changed? He has always changed, but not because he is growing or presented with new information, but as his recent The Washington Post profile shows, his allegiance is to power, not any plan, vision, or roadmap.

Instead, he is signaling to a very pro-Trump voter base that they’re on the same side despite Trump and his fighting.

In the same profile by The Washington Post, McConnell confirms that if Trump became the 2024 GOP nominee, he would vote for him “no matter what he’s done.” Despite acknowledging that the Jan. 6 Insurrection was Trump’s doing, McConnell said he would follow his party’s wishes.

I had to just sit with that for a second.

Despite all other parts of the profile showing a trend in that mindset with few exceptions, that’s still stunning—until, that is, you remember that this is on par with McConnell’s response to Trump throughout his fraught presidency. It’s not like he is the only prominent Republican who dances with Trump, because it scores them short-term political points that result in The Long Game conservative strategies like gerrymandering, federal court appointees, deregulation, and (the unfortunately bi-partisan) tax cuts for their donors.