MIT Unveils Free Online Class, is This the Future of Higher Education? 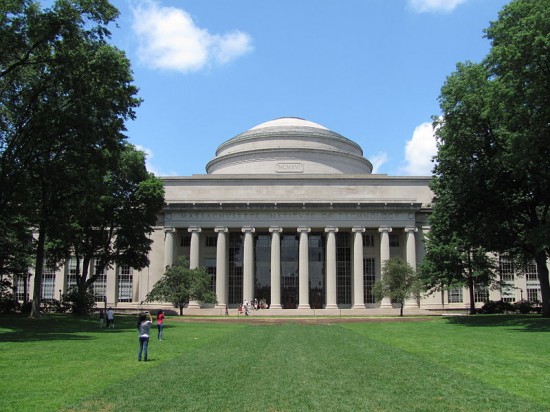 Renowned as a premiere institute of higher learning for the sundry sciences, the Massachusetts Institute of Technology announced a new program that will bring a free version of one of its classes online. The program is called MITx, and the first of its fully automated courses kicks off this fall with 6.002x Circuits and Electronics. In addition to no costs, there are no prerequisites, anyone anywhere can sign up, and will receive a certificate upon completion. Seems like everyone is giving away university courses these days, huh?

As readers will recall, Stanford kicked off the trend for free online learning from major institutions last year with its free A.I. course taught by Sebastian Thrun. The course was, by all accounts, an overwhelming success. So much so that Thrun announced he was leaving Stanford and founding his own free online learning initiative called Udacity, which has quadrupled the number of classes since we last wrote about them.

The MITx program seems to differ from the Stanford course in some important ways. For instance, while the Stanford course was a basic, fundamental course, the MITx class is the most basic of the basic. According to the course’s professor Anant Agarwal, 6.002x is the foundation for many MIT students and transitions them from physics to electronic engineering. It also features chainsaws. No, really:

Secondly, the MITx course seems to shirk Stanford’s embracing of existing community sites like Reddit and seems to be rolling its own open source software. This is a particularly interesting move, since it could someday become the foundation for a larger scale online learning initiative.  Agarwal is quoted in an MIT press release from MITx’s announcement as saying:

While there is certainly a component of altruism in these efforts — lots of talk of bringing education to the world — there are other forces at work. For instance, for-profit universities have owned online learning for some time. Big names like Stanford and MIT entering the same sphere undercuts these (sometimes shifty and low-quality) institutions and could serve as a foothold for later paid online learning by major universities.

There’s also a growing complaint that higher education in America is becoming less and less about producing quality academics than it is simply giving students the basic skills to stand a chance in an increasingly competitive job market. Colleges risk becoming like the for-profit degree farms that they abhor, simply churning students through to stay afloat. However, if basic classes like 6.002x can be provided for free, this could take the onus off universities to provide basic education so they can focus more on high academia and research.

Those are just speculative points, however. No doubt the largest driving force behind the Stanford, MITx, and Udacity projects is a genuine desire on the part of a few passionate professors to harness new tools for new ways of learning. But that doesn’t mean we’re not witnessing a real sea change in how education is handled. Hold on to your hats, folks.

(via BBC, MIT, image via Wikipedia)