Missouri Lawmakers Are Silencing Voters on Abortion | The Mary Sue 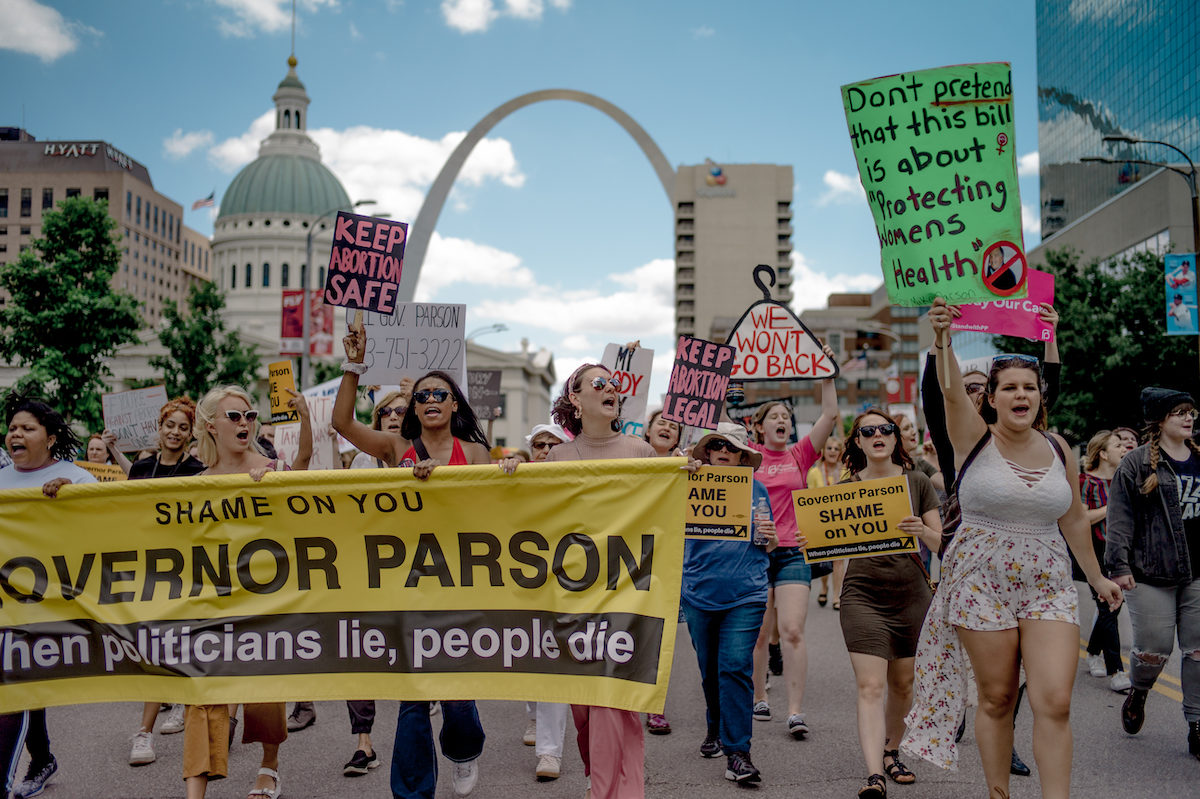 The Missouri legislature’s war on reproductive freedoms has been in full swing for years now, but in recent weeks, it’s reached an absolute fever pitch. In addition to passing one of the many disingenuously named “fetal heartbeat” bills we’ve seen in anti-choice states lately, the state came dangerously close to becoming the first in the nation to have zero legal abortion providers.

If you remember, the St. Louis Planned Parenthood nearly lost its license to perform abortions and is currently embroiled in a legal battle with the Missouri Department of Health to make sure that doesn’t happen. The health department made a number of demands on the clinic, most of which Planned Parenthood complied with, despite the fact that one of those demands was something Missouri’s remaining abortion providers are feeling the need to apologize to patients for–and something that’s being compared, not lightly, to sexual assault.

One of the state’s requirements on these providers was to add an additional pelvic exam to the abortion process. This is one of the most clearcut examples of what we mean when we say we don’t want the government interfering in the discussions between pregnant people and medical professionals, and what it can look like when they do.

Multiple doctors have come out to say this pelvic exam is medically unnecessary, and only exists to add an extra hurdle to the process of seeking an abortion.

Today I was forced by the state of Missouri to perform an unnecessary pelvic exam on a patient terminating her pregnancy for a fetal anomaly. She is heartbroken over her situation and I was forced to do an invasive, uncomfortable exam. It broke me as a physician to do this to her

The Kansas City Star Editorial Board has spoken out against Missouri’s unnecessary pelvic exams for patients terminating a pregnancy.

A St. Louis OBGYN wrote “It broke me a physician to do this to her.”
https://t.co/wQhENxhunM

I would hope this wouldn’t have to be said, but our bodies are not a f*cking game and invasive medical procedures are not supposed to be used as a deterrent to receiving care. In an op-ed for the St. Louis American, OBGYN and public health expert Dr. Colleen McNicholas wrote, “This is nothing short of intimidation and harassment fueled by politics.” Last week, Rachel Maddow covered the state of abortion in Missouri and as a (transplanted) Missourian who writes frequently about abortion, I will say that I miss the days when things were bad but not bad enough to be considered national news.

There are calls for the director of Missouri’s Department of Health and Senior Services–Dr. Randall W. Williams, who is, amazingly, an obstetrician and gynecologist himself and therefore knows how unnecessary these procedures are–to resign or be removed from office. That’s not too likely considering how viciously anti-choice Missouri’s governor is, but that doesn’t change the fact that Williams has turned his department into, as one activist organization so accurately put it, “an instrument of abuse.”

It was Randall Williams who lit on this idea to force Missouri women who still want to go to that state’s last clinic to have an unnecessary, invasive, medically pointless pelvic exam as the new price of asking for an abortion at that last clinic. pic.twitter.com/L3zQQFoPS5

Missouri lawmakers are desperate not to give a voice to voters. HB 126, the aggressively anti-choice bill the state recently passed, which would not only act as a “trigger law,” banning abortions outright and immediately should Roe v Wade be overturned by the conservative-stacked Supreme Court, but it includes an “emergency clause” preventing voters from overturning the law via a referendum.

Missouri’s lawmakers pretend to care about their constituents; they say they’re striving to “protect women.” But there is no reason to deny voters the option to take on the issue other than that they are scared those voters won’t support their ultra-restrictive bans. Because even in Missouri, one of the most consistently anti-abortion states in the country, the voters are not as anti-choice as their representatives.

Taking power away from voters and weaponizing the use of invasive medical procedures–tell me again how Republicans are the party dedicated upholding “American” values.