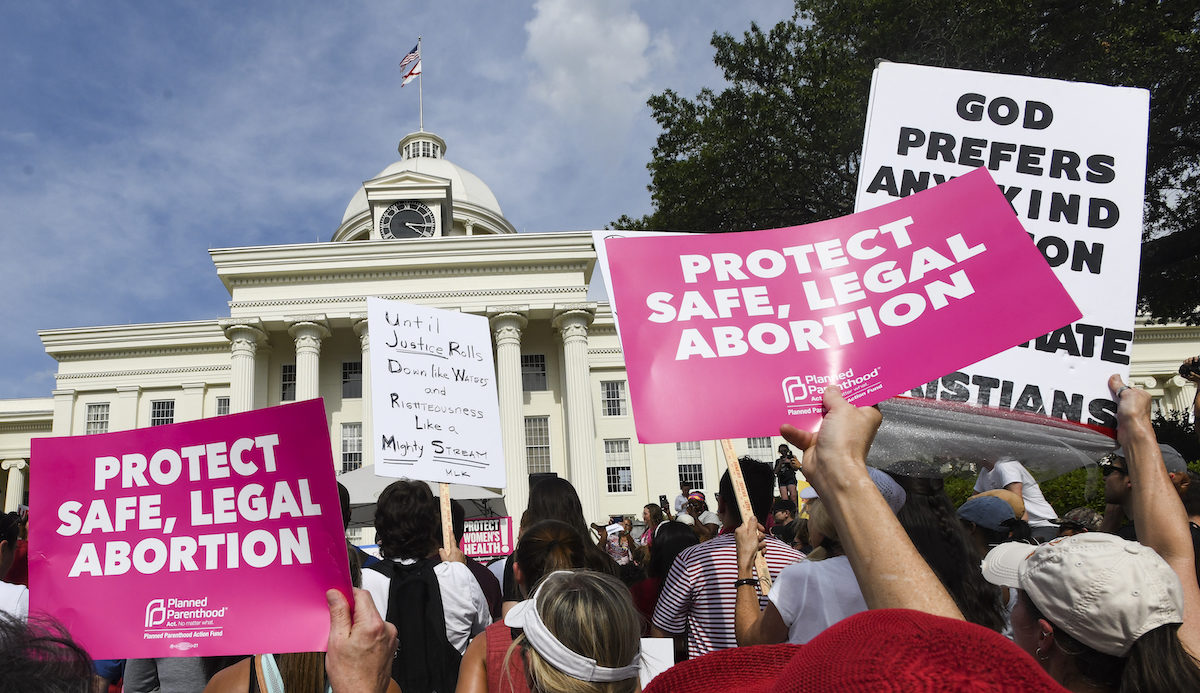 The last remaining abortion clinic in the entire state on Missouri could be shut down by the end of this week, making the state the first in the country to have no abortion providers since Roe v Wade declared abortion to be a constitutionally protected right. Planned Parenthood says the Missouri Health Department is refusing to renew the St. Louis location’s annual license. The Department reportedly had three issues that needed to be resolved, and the clinic agreed to two of them: making an adjustment to the state-mandated counseling provided and including an extra pelvic exam for abortion patients.

But the department also wanted officials to interview the physicians who provide care at the clinic, as part of an investigation into unspecified “deficient practices.” Planned Parenthood was able to grant interviews with two of those physicians but the other five are medical residents, not Planned Parenthood employees, and they did not consent to the interviews. That’s not surprising, since according to PP, the state had indicated that those interviews could lead to criminal proceedings or board review for the physicians. The back-and-forth between Planned Parenthood and the Department of Health has apparently been going on for weeks, but the clinic’s license is set to expire this Friday, May 31st and it doesn’t look like a resolution is coming.

If that license expires, the entire state will go dark. The St. Louis Planned Parenthood will still be able to offer other health services, but there will not be a single safe and legal abortion provider in all of Missouri.

This comes just days after Missouri’s governor, Mike Parson, signed the state’s 8-week abortion ban into law. This is a state that has more than 70 fake “pregnancy crisis centers”–the places that trick pregnant people into thinking they’re getting medical care and then bombard them with anti-abortion propaganda and straight-up lies–but soon to be zero actual abortion providers.

Planned Parenthood and other activist organizations aren’t giving up.

In less than 72 hours, Missouri is likely to become the first state without access to safe, legal abortion. Make no mistake: This is effectively a ban on abortion.

We will not stand for this horrific and calculated attack on reproductive freedom in Missouri.

Remember: abortion is safe and still legal. Planned Parenthood has served Missouri for more than 87 years, and we will fight to provide care for another century. Our top priority is to maintain access to abortion and ensure every patient can access high-quality care in Missouri. pic.twitter.com/Jr3zMlKMvG

Missouri’s lawmakers are relentless in their war on reproductive rights. Things like implicitly threatening doctors with criminal proceedings, mandatory waiting periods, and cutoffs based on junk science are all backdoor bans, a way to circumvent the Supreme Court’s ruling that abortion is a constitutional right. Planned Parenthood is suing. Activist organizations like the Gateway Women’s Access Fund are still fighting to make sure everyone who needs it has access to safe and legal abortion services.

No one in Missouri is giving up their constitutional and human right to abortion without one hell of a fight.

To the women of Missouri, know this: Planned Parenthood will not stand for it. We will never abandon you and we will help you to get the care that you need — no matter what. Our doors remain open.

Take a second to sign a Planned Parenthood petition to stop Missouri’s war on reproductive health, if you’re able and willing.