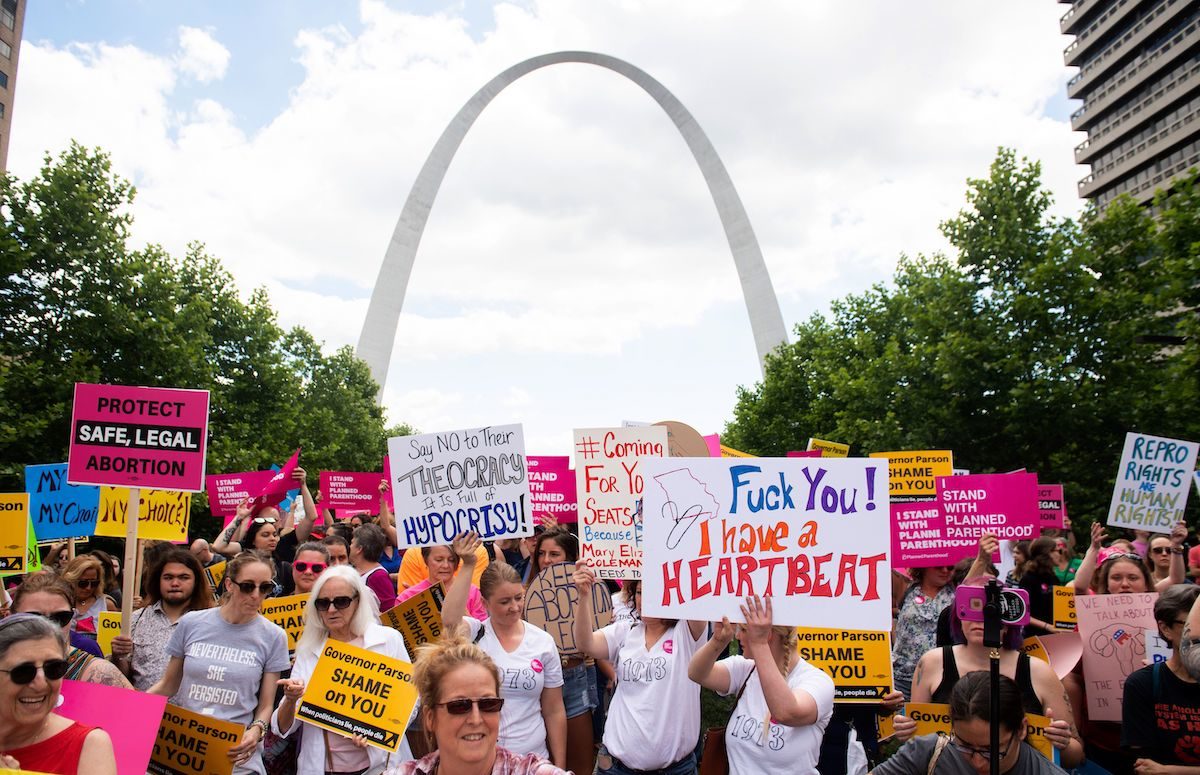 Missouri’s only remaining abortion provider—a Planned Parenthood located in St. Louis—was set to be shut down today. But thanks to a judge’s ruling, the clinic will be allowed to continue providing abortion services.

The clinic’s license was set to expire at midnight tonight because the state’s Health Department was, in the words of Planned Parenthood President Dr. Leana Wen, weaponizing the licensing process with a host of pointless and unmeetable demands.

Over the last decade, the State of Missouri has layered on baseless restriction upon restriction—like forcing women to undergo multiple invasive pelvic exams for no medical reason. This is nothing but a weaponization of the licensing process. https://t.co/eUXqaZXgHh

Abortion rights supporters gathered in St. Louis Thursday to protest the Department of Health’s attempts to shutter the clinic. They rallied in the streets and organized a sit-in in the state offices’ Wainwright Building.

Breaking news: Activists have taken over three floors of the Wainwright building — and say they won’t leave until the state renews the license for Planned Parenthood’s only Missouri abortion clinic https://t.co/LBN2SvEwfU

“How dare you” a small group of protesters, mostly moms, confronts @GovParsonMO over #abortion access as he arrives at a tv studio in Richmond Heights. Said to be taping @thisweekinmopol pic.twitter.com/N8plQIEfa6

We will not stand for this attack on our right to safe, legal and ACCESSIBLE abortion. Period. #StoptheBans pic.twitter.com/dH8HSCiKJg

Let today’s protests in St. Louis be a message to @GovParsonMO: Taking away access to safe, legal abortion care is dangerous and unpopular — and we are ready to fight back with everything we have. #EmergencyResponse https://t.co/obHJk3n9a7

The judge’s order is just a temporary stay, so this fight isn’t done. But it’s certainly a huge relief in a state where reproductive justice is constantly under attack.