Misfits Is the Greatest Superhero Show You Haven’t Seen 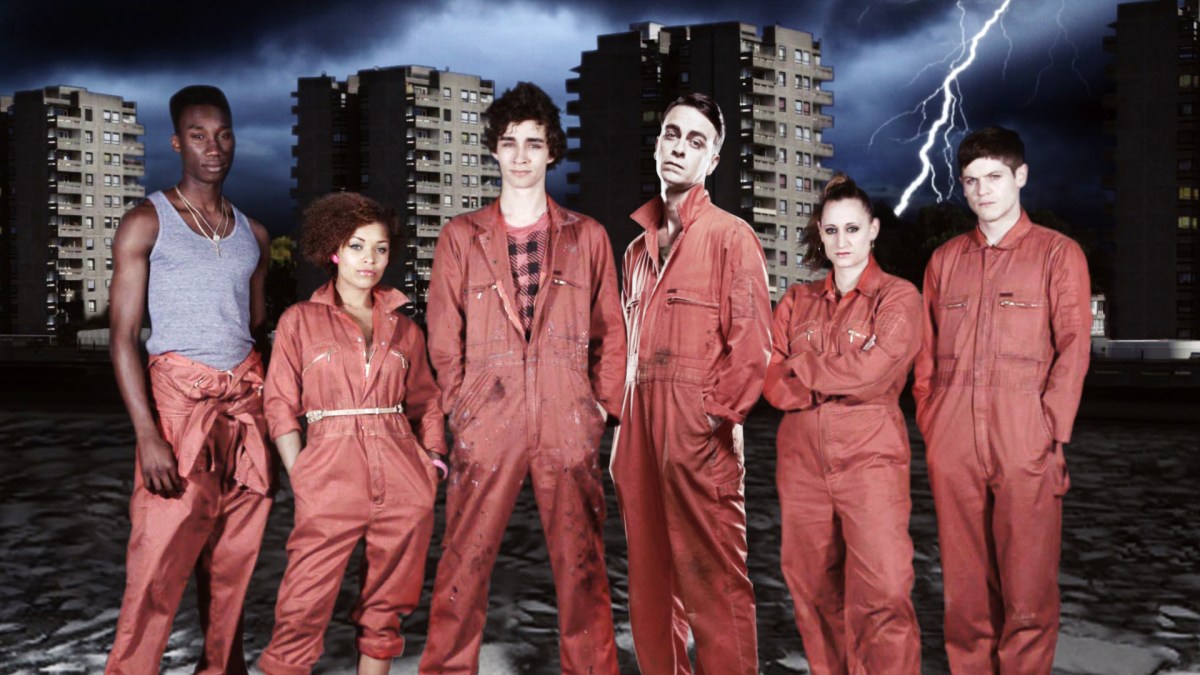 Before Marvel’s The Avengers took the world by storm and sparked an entire wave of superhero media, there were still a few small shows about superheroes. Smallville is probably the most famous example, but right now, I want to pay tribute to a superhero show that has no comic book source material or greater franchise tie-in. It’s a show that’s likely unfamiliar to American audiences, but one that I believe is one of the best superhero shows ever created, and still stands the test of time in comparison to the dozens of shows on the air today. That show is a series called Misfits, and it’s one of the greatest pieces of sci-fi television you haven’t seen.

10 years ago, it might’ve been ludicrous to imagine that pop culture would become so completely dominated by superhero fever, and gems like Misfits were easier to miss, but today, it feels like every major network has at least one superhero TV show. The Flash, Arrow, Agents of S.H.I.E.L.D., Supergirl, Daredevil, Legion, The Gifted, Black Lightning, The Boys, Umbrella Academy, Gotham, Inhumans … the list goes on and on. Still, it wasn’t that long ago that the superhero genre was not much more than a subculture with a small fanbase consisting of diehard comic book fans and niche enthusiasts.

However, that doesn’t mean that there weren’t some truly great superhero shows on the air. Misfits was a darkly comedic science fiction drama series that aired from 2009-2013 on the British channel E4, and it’s a hidden gem of a show that, looking back, was pretty groundbreaking given that it came out before the superhero genre really exploded. The show follows a group of juvenile delinquents on community service (the titular “misfits”) who, after being involved in a freak storm, discover that they each suddenly possess a unique power.

Though the show cycled through two main groups of cast members, one which inhabited series 1-3, and the other filling in for series 4-5, the most well known group is the original cast. The group is led by anti-social introvert Simon (played by Game of Thrones’ Iwan Rheon) and features a diverse group of characters whose strong (and frequently clashing) personalities serve as the primary plot for each episode. There’s Alisha, the party girl; Curtis, the track star; Kelly, the chav; and Nathan, the mischief-maker (who we’ve talked about before).

Each of the five protagonists is interesting and nuanced in their own right, but one of the (many) interesting aspects of the show is that each misfit’s power is linked to their personality, which leads to both internal and external conflict. Simon has the power to turn himself invisible—reflecting the invisibility he’s felt his entire life. Alisha, a party girl obsessed with her appearance, suddenly finds herself sending anyone she touches into a sexual frenzy. The bristly and paranoid Kelly can now read people’s minds. Curtis, who was set to become a track star until he got caught with drugs, finds out that he can travel through time—a reference to his yearning to be able to turn back time and fix the mistake that ended his running career.

While ensemble casts are hardly rare, Misfits certainly makes the most of the wide array of personalities onscreen. The characters are deeply flawed, but are all still incredibly sympathetic in their own unique ways, and the entire cast is full of talented young actors, many of whom have gone on to work on much bigger projects since the show’s conclusion.

The day-and-night conflicts between characters are often played for comedy, but the differences also make for thoughtful commentary on social cliques, as well as interesting explorations of labels and stereotypes. Just like the audience, the misfits are quick to judge each other by outward appearances, but the longer that the characters get to know each other, the more hidden layers are revealed.

But Misfits isn’t just a great character drama—it’s also an incredibly engaging sci-fi series. The show combines the “villain of the week” format with more serialized storytelling, and the blend between styles results in fresh concepts every week that all end up tying into the larger, season-long arcs.

The best part, though? Misfits is infused with a beautifully unique sense of dark humor. From running gags about murdering probation workers to trying to convince a man to have sex with a tortoise for “the greater good,” Misfits never shies away from the opportunity to go for the joke and make fun of just how bizarre the show is. Though action, drama, and black comedy don’t always seem like they’d be the most natural fit, Misfits makes blending genres look easy—and it did it all before superheroes were even “cool.”

Because it came before the massive wave of superhero-mania, Misfits is unburdened by tropes and expectations of the genre. It doesn’t have to worry about feeling too much like a ripoff of another show, or fulfilling audience expectations, because when it was airing, Misfits was the show setting the standard for what great superhero television looked like.

Tragically, though, Misfits never really broke in America, and it was eclipsed by bigger-budget, more broadly appealing Marvel shows once superheroes did become such a mainstream interest. Sure, it garnered critical praise and won a gaggle of awards including a BAFTA, but Misfits hasn’t reached the level of widespread interest that its American counterparts have.

However, that doesn’t mean that can’t change. All five series of Misfits are available to stream on Hulu, and with streaming services accounting for more viewership than ever, it’s entirely possible that American audiences could wake up and start appreciating Misfits for the masterful, hilarious, and ahead-of-its-time show that it is.