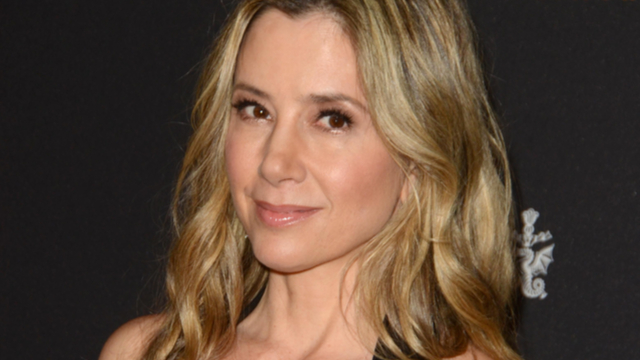 Following Lady Bird’s Golden Globes win, director Greta Gerwig was asked by a reporter about her previous work with Woody Allen. She answered that she hadn’t really had time to think about it (in four years), but later released a more thoughtful statement, saying “If I had known then what I know now, I would not have acted in the film. I have not worked for him again, and I will not work for him again. Dylan Farrow’s two different pieces made me realize that I increased another woman’s pain, and I was heartbroken by that realization. I grew up on his movies, and they have informed me as an artist, and I cannot change that fact now, but I can make different decisions moving forward.”

Gerwig is not the only woman to be asked about her decision to work with Woody Allen, especially in the post-Weinstein #MeToo era. (Far fewer men have been asked or chosen to publicly address their decisions to work with Allen, Weinstein, or other alleged abusers. Like, nearly none.) Many have been called out for ignoring Allen’s reputation while standing up for the #MeToo or #TimesUp movements against sexual harassment and assault.

“I confess,” she writes, “that at the time I worked for Woody Allen I was a naive young actress. I swallowed the media’s portrayal of your abuse allegations against your father as an outgrowth of a twisted custody battle between Mia Farrow and him, and did not look further into the situation, for which I am terribly sorry. For this I also owe an apology to Mia.”

Sorvino describes growing up on Allen’s work, as so many of us did. For so many young actors, writers, and filmmakers, he was a huge influence, and Sorvino was offered what she describes as her “dream role” in Allen’s Mighty Aphrodite. “But,” she writes to Farrow, “this does not excuse my turning a blind eye to your story simply because I wanted desperately for it not to be so.”

“It is difficult to sever ties and denounce your heroes, your benefactors, whom you fondly admired and felt a debt of gratitude toward for your entire career’s existence. To decide, although they may be fantastically talented and helped you enormously, that you believe they have done things for which there can be no excuse. But that is where we stand today.”

Sorvino says that in the aftermath of Weinstein’s outing as a sexual predator, and as a man who deliberately worked to derail her career, she reached out to Ronan Farrow. She writes, “I told him I wanted to learn more about you and your situation. He pointed me toward publicly available details of the case I had ruefully never known of, which made me begin to feel the evidence strongly supported your story. That you have been telling the truth all along.”

Many of the women who have been asked about their participation in Alen’s movies have skirted the issue, giving some variation of “Well, I only know him as an artist” or “I can’t speak personally to the accusations because I wasn’t there.” Many of the women who have said these things–like Blake Lively, Selena Gomez, and Kate Winslet, the latter of whom continues to actively praise him in interviews on her current award season press tour–have made the decision to work with Allen in the last few years, after Dylan Farrow published her open letter detailing her accusations of the sexual abuse she suffered as a child. Although, as Sorvino notes above, the information was always out there.

Actors and others who supported and collaborated with Allen made a choice to ignore Farrow, or a choice to stay uninformed. To know that Farrow has published the details of her account and to still say “well, we can’t really know” is disingenuous. What they are really saying is “I’m choosing to actively ignore the information available to me.” They are trying to convince us they haven’t made a choice, but in reality, they have made the choice not to believe Farrow. And at a time when “Believe women” is a common battle cry, the question of why so many are choosing to exclude Farrow from their own personal and professional narrative must be answered.

I know that standing with me against Woody Allen is not easy in this industry. I know that I am asking for courage and even sacrifice. But if #TIMESUP truly stands with all victims, as it says it does, then that sacrifice is necessary to help convert this moment to a movement. /1

It is, of course, wholly unfair that the burden of answering for these relationships falls to women. That’s not to say that women shouldn’t be asked how they’re able to justify working with alleged abusers. As more men are being outed as predators, we cannot focus only on the men themselves, but on the systems that supported them and the individuals that remained complicit in their professional success. I think these questions are entirely fair.

It’s not easy to engage in the degree of personal reflection that many of us hope to see from Allen’s colleagues and the colleagues who willfully ignore the behavior of other men. But as Sorvino has shown here, it is possible.

I am so sorry, Dylan! I cannot begin to imagine how you have felt, all these years as you watched someone you called out as having hurt you as a child, a vulnerable little girl in his care, be lauded again and again, including by me and countless others in Hollywood who praised him and ignored you. As a mother and a woman, this breaks my heart for you. I am so, so sorry!

We are in a day and age when everything must be re-examined. This kind of abuse cannot be allowed to continue. If this means tearing down all the old gods, so be it. The cognitive dissonance, the denial and cowardice that spare us painful truths and prevent us from acting in defense of innocent victims while allowing “beloved” individuals to continue their heinous behavior must be jettisoned from the bottom of our souls.

You can read Sorvino’s full letter at HuffPost.