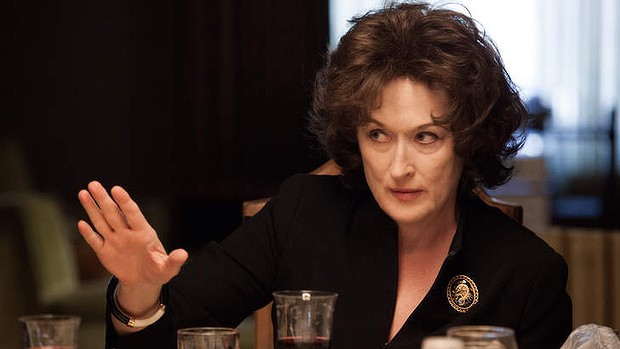 We will never know for a fact how much everyone in Hollywood knew about Harvey Weinstein and his deplorable actions. At the moment the target of people’s ire and frustration has landed on the doorstep of actress Meryl Streep.

Rose McGowan called out Streep for being part of a boycott where Hollywood actresses had planned to wear black in order to show solidarity with the #MeToo movement. McGowan’s tweet, which has since been deleted, said that Steep happily worked for “The Pig” and that the silent protest is a problem and that no real change will come from it.

Streep has since released her own statement making it clear that she says she knew nothing about Weinstein’s attacks:

Now, as I said before, it is impossible to know how much anyone in the inner circle of Hollywood really knew. With the way victims and others have talked about their experience with and around the pull of Weinstein, it was clear that there were rumors and that has caused may to doubt claims of knowing “nothing.” However, there is no way to know for sure. Regardless, Meryl Streep is currently the face of Weinstein enablers. At least as far as the street artists are concerned.

Sometime Tuesday morning several posters were put up around Los Angeles of Streep next to Weinstein with a ripped red strip across her face with the text “She knew.” One of the posters, according to The Hollywood Reporter, was up near Streep’s home in Pasadena.

I can understand anger and frustration towards those who have benefited from Weinstein’s power career-wise. Yet, I find myself frustrated that it’s Meryl Streep who has taken the brunt of these charges. Especially when there have already been men who have said they knew and did nothing, like Quentin Tarantino. Back in October, he said in an interview, “I knew enough to do more than I did. There was more to it than just the normal rumors, the normal gossip. It wasn’t secondhand. I knew he did a couple of these things.”

Tarantino’s then-girlfriend Mira Sorvino told him about unwanted touching that she’d experienced at the hands of Weinstein. Not to mention he would have heard about Rose McGowan since Robert Rodriguez added her on to their Grindhouse double feature as a way to stick-it to Weinstein. However, Tarantino admitted that he “marginalize[d] the incidents” and “chalked it up to a ’50s-’60s era image of a boss chasing a secretary around the desk”, both mentalities that he now regrets and asked that the other men who knew things to speak up.

Brad Pitt confronted Weinstein when he found out about the accusations from his then-girlfriend Gwyneth Paltrow and later from his ex-wife Angelina Jolie. He knew things and didn’t say anything. Matt Damon, Ben Affleck, Kevin Smith, and Seth Rogen have all admitted to hearing some kind of rumors or in Rogen‘s case having a negative experience with Weinstein in general. Yet they didn’t speak publicaly about it for one reason or another.

So where are their posters? If we are going to be assigning blame and calling out actors and actresses for not speaking up about what they knew (not the victims themselves, but those who heard rumors about victims), then it has to be all of them. Not just Streep.

Not to mention enough men have shown themselves to be repeatedly suffering from foot-in-the-mouth-itis that I find myself unable to feel that it is fair to have women be held to a higher standard than the men. Especially when women have historically had much more to lose by speaking out against powerful men.

(via The Hollywood Reporter, image: screencap)