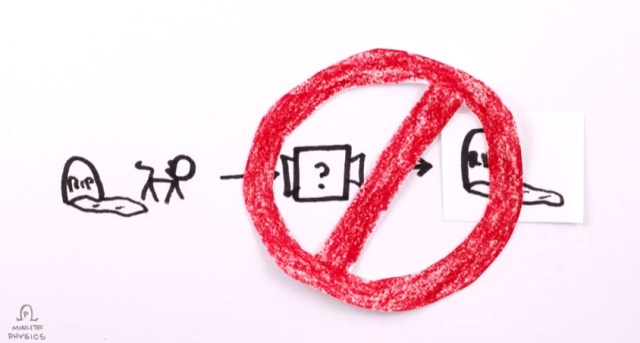 On the last episode of MinutePhysics, the whiteboard-wielding science educators aimed to explain the principles behind parallel universes — at least, they did in this reality. This week, they take a look at one theory in particular — the many worlds theory, which basically says that anytime quantum superposition collapses, a thing that can be A or B becomes A or B, the world itself branches off into two separate worlds, one where A happened, and one where B happened. Confused? Us too. Check out the video below to learn more about the idea — which will, unfortunately, remain just an idea, as it is untestable by its very nature.

Well things are a little bit clearer now, right? No? Well, you only really need to remember one thing about multiple timelines — always keep a felt goatee handy, because you never know when you might stumble headlong into the darkest timeline. And you wouldn’t want to be caught unprepared. Evil you is not messing around.