MinutePhysics Explores the Science of the Multiverse [Video] 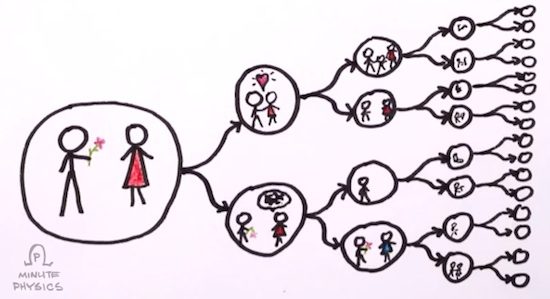 The universe is really, really big, but as any comic book fan or Sliders aficionado will tell you, it’s dwarfed by the idea of the multiverse, which is the universe, but…more infinite? It’s hard to explain. Luckily, the fine folks from MinutePhysics have taken it on themselves to do a pretty excellent job explaining the 100% theoretical science behind parallel universes that may or may not be playing out right alongside ours in a space we’ll spend our entire existences brushing up against but never once be aware of. Hey, I said it was complicated! Get a load of the video below for a glimpse into an alternate plane of reality where the concept is pretty easy to understand.