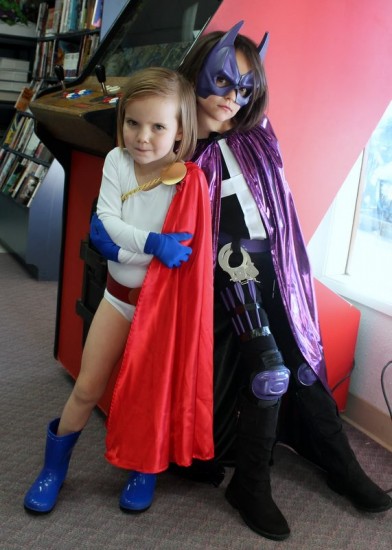 What’s the reason comic publishers aren’t putting time and energy into marketing toward children again? This is your next generation right here. These two young ladies won separate Halloween costume contests this year and the folks at Empire’s Comics Vault in Sacramento decided to throw them a party to celebrate. Hit the jump to see another shot of this dynamic duo. 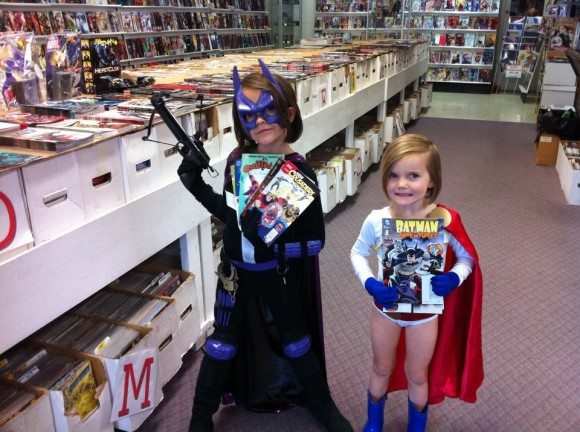 (Watch TV with Me via Agnes Garbowska)