Does This Nebula Look Like a Minecraft Creeper to You?

Quick, somebody send an ocelot up there! 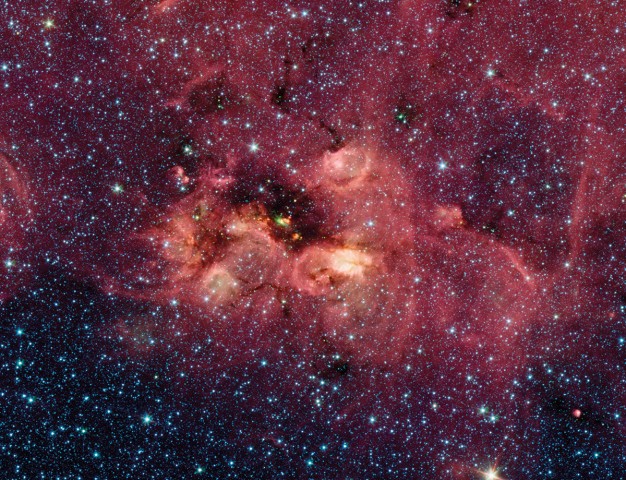 Creepers, man. You think you’re alone dutifully working on your Minecraft tribute to the USS Enterprise at night, when suddenly some green rectangular asshole sneaks up behind you and explodes you both to oblivion. Luckily this one’s pretty far away from us. Like, at least a couple of light years.

Back in March, the Spitzer Space Telescope released a panoramic view of the Milky Way that’s comprised of over 2.5 million individual infared images and depicts more than half of our galaxy’s stars. They then invited the Internet to capture interesting things they find on the galactic plane, name their images, and tweet them to @NASAspitzer using the hashtag #Glimpse360.

Kevin M. Gill found the above image (click to embiggen) sometime in April and entitled it “Nebula Does Not Approve,” which is most likely a Grumpy Cat reference. However, someone on the Spitzer public affairs team think it looks uncomfortably like a Creeper. Here’s a side-by-side comparison for reference:

The Spitzer Telescope was launched back in 2003 to chart the low energy infared wavelengths of light blocked by the Earth’s atmosphere. The multipurpose observatory’s prime mission ended in 2009 after it ran out of the liquid helium coolant needed to operate two of its three instruments, but it’s still able to take highly sensitive images using its two remaining wavelength bands.

Unfortunately, Spitzer might also be shut down soon due to NASA budget concerns. Hopefully it won’t be, because how else are we going to keep track of where the space creepers are?