To our readers who don’t play Minecraft: Sorry, we just can’t help ourselves. Move along. To our fellow addicts: Minecraft mastermind Notch has just officially announced a Halloween update for the über-popular sandbox game, and … wow. If all goes according to plan, some of the most-anticipated changes to the game are coming this Halloween. New monsters. Biomes. Fishing. A Nightcrawler-like teleportation system that allows you to traverse vast distances ten times as fast. (Although it’s called “hell world,” so it may not be too easy.) Oh, and jack o’ lantern carving.

On the minus side: Torches will die now. You’ll be able to reignite them with flint or create lanterns that last forever, but this means that current players will have to do a lot of retooling to keep their caves navigable and their maps Creeper-free. 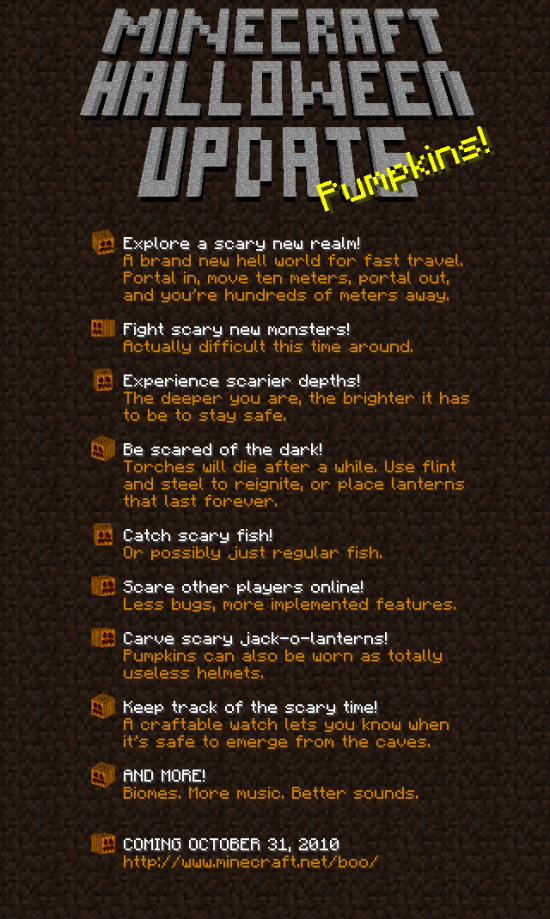 (via Word of Notch)