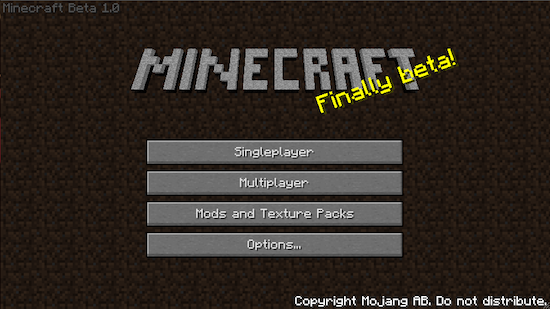 Minecraft overlord Notch just announced via his Tumblr that Minecraft has entered its beta phase. The accompanying updates are as follows:

The last two lines of the update are extremely interesting, in that Minecraft clans might make an appearance sometime in the future, and of course, the secretive “rare” addition will surely trigger rampant speculation.

Other things included with the update, but not listed in Notch’s official Tumblr post:

To show that there doesn’t seem to be anything new having to do with the terrain, here’s a side-by-side comparison of the latest alpha and beta Minecraft terrain files (via); click to see a larger version: 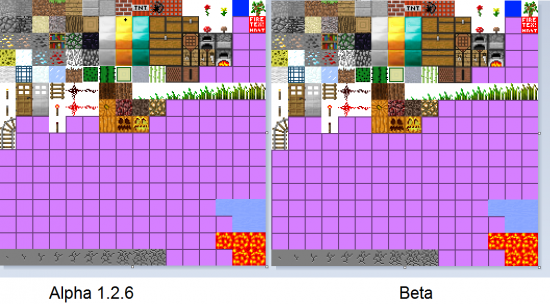 Someone over on Minecraftforum.net claims he found a picture of the Mojang cloak: 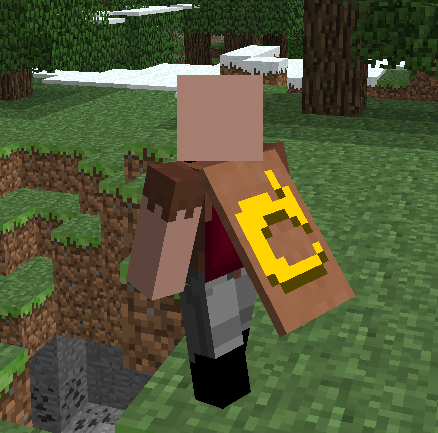 Now that Minecraft has entered its beta phase, the price only raises a few bucks, but beta-purchasers won’t receive the “lifetime subscription” they would’ve received if they purchased the game during its alpha phase, which means those players may have to pay for future expansions.

Minecraft made over ten million dollars in its buggy alpha phase, so the sky’s the limit for the more public beta phase.