Sit Down, Navigator: Researchers Are Building an Airplane You Can Fly With Your Mind 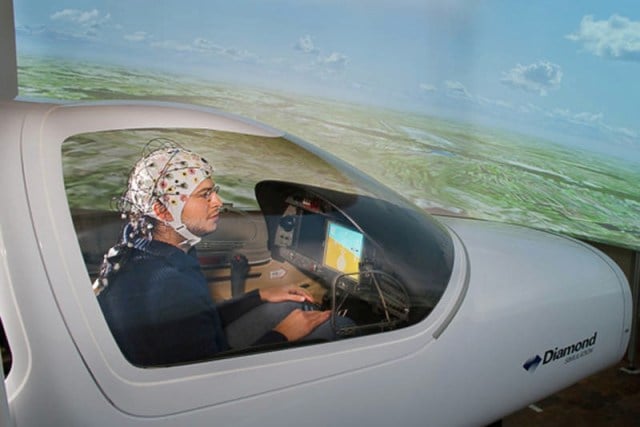 Researchers in Germany are developing a plane that flies using only the information in your mind. I guess it’s time for a Flight of the Navigator reboot. The system uses a fancy mind control helmet to read your thoughts and take you wherever you want to go. Too bad you don’t know the way from your house to a 7-Eleven.

The EU-funded Brainflight project not only wants to show that mind control over airplanes is possible; it also wants to make flight more accessible to people with less training. You know, because the scary thing about hurtling through the air at hundreds of miles per hour in a metal tube is that the person controlling it has too much training.

Hopefully Brainflight will also make piloting safer, as the lower training requirements have to do with how much easier it is to think “go up” than to perform a bunch of manual adjustments. That’s the way engineer Tom Fricke sees it, saying in a TUM release, “A long-term vision of the project is to make flying accessible to more people. With brain control, flying, in itself, could become easier.”

It may not be long before we find out, because they’ve already got testers exerting their psychic powers of flight in successful simulations.

(via Tech Crunch, image via TUM)