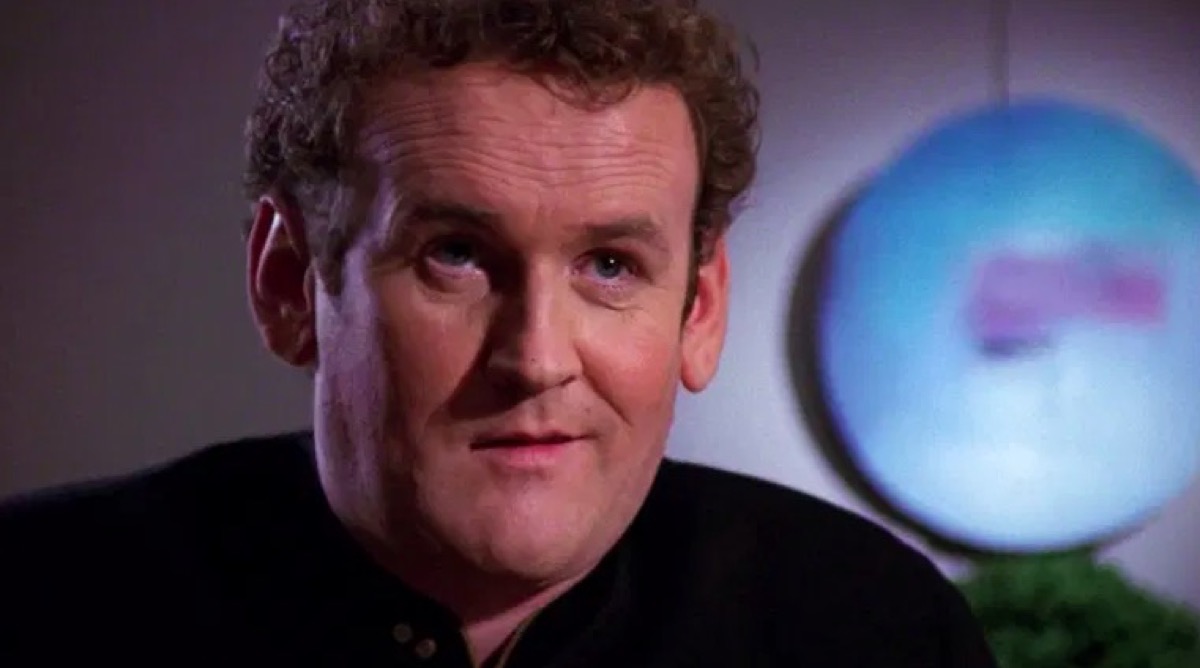 When you think Star Trek there are a few words that instantly come to mind. “Kirk” and “Spock” are far and away the most well-known characters in the series—and younger generations of fans might answer The Next Generation’s Captain Picard or even Q as some of the most iconic figures the franchise has churned out. Regardless of which Trek show is your jumping-on point, though, “Miles O’Brien” is rarely the answer that comes to mind when we think about Star Trek’s most beloved characters—and that’s an utter travesty. Though he may not be the most well-known, or even the most well-liked character on the series in which he appeared, Miles O’Brien is one of Star Trek’s most fascinating and under-appreciated characters.

Brought to life by Colm Meaney (who celebrates his 68th birthday today!), Miles O’Brien was first introduced as a the transporter chief on Star Trek: The Next Generation—a supporting player who was perhaps most memorable to viewers at the time for his Irish accent and friendship with Commander Data. Franchise higher-ups picked up on his potential, though, and after a successful tenure on TNG, O’Brien made the jump to a main cast member on Star Trek: Deep Space Nine, where he truly blossomed into a remarkable figure in the Trek universe, building off of already established story arcs and weaving in new character threads.

Admittedly, if the name Miles O’Brien didn’t ring a bell for you right off the bat, it’s for good reason. Even though he’s the second most long-running character in Trek history (behind Michael Dorn’s Worf), O’Brien’s character is, for lack of a better word, engineered to play second fiddle. While some Trek characters are beloved for their quirky-one liners, memorable physical attributes, or extraordinary abilities, O’Brien is a very deliberate everyman—a sort of audience stand-in who’s at his best when he’s playing off of other, bigger characters.

It’s easy to draw the eye when you’re the center of attention, but to be a standout as a supporting player takes a special gift—and that’s exactly the prowess Colm Meaney holds as an actor on TNG and DS9. His most memorable relationship is part of a dynamic duo with Alexander Siddig’s bright-eyed doctor Julian Bashir, with whom O’Brien developed a begruding friendship. While we laugh and fondly role our eyes at Julian Bashir’s over-eager antics, it’s O’Brien’s annoyance and infuriation that makes the comedic beats in those scenes work. He’s a much-needed grounding presence when some of the more absentminded characters babble off into monologues of techno jargon—O’Brien is always there with a baffled, unimpressed look or a frustrated comment to level out the often overwhelming amount of sheer sci-fi in the later seasons of Deep Space Nine.

What’s more, O’Brien’s relatability extends beyond just playing straight man to goofy characters in comedic bits—he’s also frequently used by the writers’ as a vehicle to explore more grounded, blue collar themes and subjects that don’t always seem to go hand-in-hand with spaces battles and Vulcan mind melds. One particularly memorable (and trailblazing) episode is is DS9 4×16 “Bar Association,” where O’Brien inspires the Ferengei Rom to form a union and go on strike after becoming fed up with the inhumane working conditions at his brother Quark’s bar.

It’s a silly episode, sure, but Star Trek excels in using silliness and sci-fi to tackle real-life issues, and “Bar Association” is an excellent example of one of the rarer times that Trek tackles are more blue-collar subject: unions. Though Star Trek is beloved and iconic for its often deeply intellectual and philosophical storytelling, it’s not always the most accessible show—and through O’Brien, the franchise had a way to express more salt-of-the-Earth ideas in a far-flung sci-fi setting.

O’Brien’s down-to-Earth nature and more traditional sensibilities also made him the perfect conduit through which to explore one of the franchise’s touchier subjects: bigotry. Trek began as a picture of a Utopian world where hatred and bigotry was a thing of the past, but as the franchise blossomed and grew, it found ways to address those ideas without losing the integrity of the franchise. In the early days of The Original Series, it was most frequently through alien cultures that audiences saw depictions of bigotry and closed-mindedness, but with the introduction of Miles O’Brien, the franchise was able to tackle the subject in a new way—through the lens of a protagonist.

It’s rare to see any franchise willing to place bigotry in its heroes front and center, but that’s exactly what Star Trek was able to do with Miles O’Brien—explore hatred and closed-mindedness through a well-loved protagonist in a way that both honored the character and explored the issue with previously unexplored thoughtfulness and depth. It’s an unfortunate truth that even our closest friends and loved ones are all closed-minded in some capacity—but with O’Brien, Star Trek was able to explore where hatred comes from on a smaller, more personal scale.

The Next Generation 4×12, “The Wounded,” is the first episode in which O’Brien’s character is explored significantly—and, consequently, is also the first episode where we learn of his resentment towards the Cardassian race. The episode revealed that O’Brien was stationed at a Federation outpost which the Cardassian military mistakenly believed was harboring a secret Federation military base that would launch an attack on Cardassia. As such, the Cardassians launched their own pre-emptive counterstrike, resulting in the slaughter of virtually the entire civilian population of the outpost.

From then on, O’Brien harbored intense hatred of all Cardassians as a whole—a personal prejudice which would go on to be explored further in Deep Space Nine episodes “Tribunal,” “Paradise,” and “Empok Nor.” What’s fascinating about how the show handles O’Brien’s hatred towards Cardassians is that it both empathetically acknowledges the root of his bias and also condemns the cruelty of judging and entire race by the actions of a select few. O’Brien is, by all accounts, a lovable character—a good soldier, a better crewmate, and a loyal friend. He’s commended by both his captains and his fellow officers—yet he has a very clear and very significant personal flaw that haunts his service in Starfleet, and one that’s acknowledge in a meaningful way by the show.

O’Brien isn’t perfect—he knows it, the audience knows it, the other characters know it—and that’s what makes him such an effective character. He’s told off by his wife Keiko for making bigoted comments about the Cardassian people—the show’s way of reminding audiences that even the fictional hereos we see on TV are flawed, human figures. What’s more is that the show takes it a step further—having O’Brien himself acknowledge his bigotry and where it comes from. In one of The Next Generation’s best lines, he tells a Cardassian soldier that “It’s not you I hate, Cardassian; I hate what I became because of you.”

Chief Miles O’Brien isn’t a particularly glitzy character, nor (at face value) is he an enviable role as an actor. But in Colm Meaney’s honest, grounded performance, Star Trek was able to explore a number of sticky subjects that would have failed miserably in the hands of a less capable actor and writing staff. From his involvement in unions to his wartime PTSD to his hatred towards Cardassians, O’Brien became a symbol of how Star Trek could and should explore the flaws within the Federation just as it explored bigotry in alien cultures. Just because you have flaws, that doesn’t make you any less of a hero.