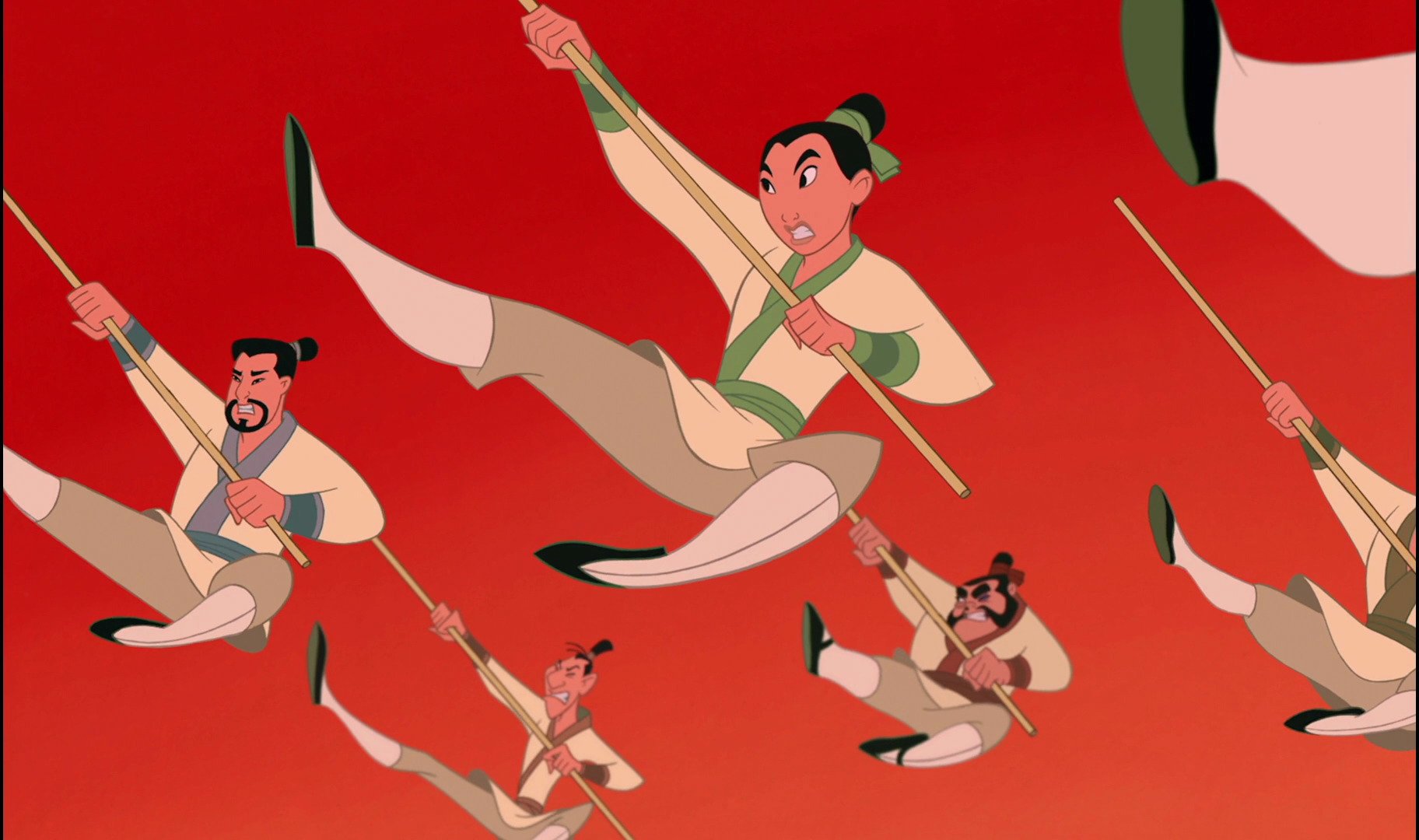 Donald Trump’s running mate, Mike Pence, has done a lot of contemptible things on his path to potential vice presidency. He signed Indiana’s ‘religious freedom’ bill into law in 2015, allowing business owners the right to refuse service to LGBTQIA clientele; he voted against raising the minimum wage and expanding health coverage for low-income kids; he cut funding for Planned Parenthood and introduced unprecedentedly strict abortion laws to Indiana; the list goes on and on.

On top of all that, Pence has also written some very strange stuff about Disney movies. Considering we’re talking about a man who supports deporting undocumented children and has been a staunch opponent of marriage equality, having a bad take on a movie is obviously the least of his considerable flaws. Still, I’d argue Pence’s Movie Musings (trademark pending) give us valuable insight into the Indiana governor’s values.

As uncovered by Buzzfeed over the weekend, Pence wrote an op-ed in 1999 after seeing Disney’s Mulan with his children, and the article ran on a website for the talk radio show he hosted at the time. Buzzfeed has republished the text in full along with a screenshot of the editorial. Here are some excerpts:

Mulan is a fictional account of a delicate girl of the same name who surreptitiously takes her fathers place in the Chinese army in one of their ancient wars against the Huns. Despite her delicate features and voice, Disney expects us to believe that Mulan’s ingenuity and courage were enough to carry her to military success on an equal basis with her cloddish cohorts. Obviously, this is Walt Disney’s attempt to add childhood expectation to the cultural debate over the role of women in the military. I suspect that some mischievous liberal at Disney assumes that Mulan’s story will cause a quiet change in the next generation’s attitude about women in combat and they just might be right. (Just think about how often we think of Bambi every time the subject of deer hunting comes into the mainstream media debate.)

There’s actually some debate over whether or not the character of Mulan was entirely fictional; the Disney movie was based on a 6th-century Chinese ballad which may or may not have been inspired by a real woman.

Other than that, I agree with Pence on two things here—that someone at Disney may have hoped Mulan would send a message about gender parity (if not necessarily gender parity in the American military), and that movies and other media can influence ‘cultural debate.’ He loses me pretty quickly from there though:

From the original “Tailhook” scandal involving scores of high ranking navy fighter pilots who molested subordinate women to the latest travesty at Aberdeen Proving Grounds, the hard truth of our experiment with gender integration is that is has been an almost complete disaster for the military and for many of the individual women involved. When Indiana Congressman Steve Buyer was appointed to investigate the Aberdeen mess, he shocked the public with the revelation that young, nubile, 18 year old men and women were actually being HOUSED together during basic training.

[…] Housing, in close quarters, young men and women (in some cases married to non-military personnel) at the height of their physical and sexual potential is the height of stupidity. It is instructive that even in the Disney film, young Ms. Mulan falls in love with her superior officer! Me thinks the politically correct Disney types completely missed the irony of this part of the story. They likely added it because it added realism with which the viewer could identify with the characters.

The “Tailhook” scandal Pence references was a 1991 case in which over 100 U.S. Navy and Marine Corps officers were alleged to have sexually assaulted—or engaged in other “improper and indecent” conduct with— 83 women and 7 men during a four-day conference. An investigation into the alleged incidents revealed a culture in which women were viewed as entertainment for male officers. T-shirts worn at the event telegraphed just that; the report revealed that officers wore slogans with shirts like “Women Are Property” and “I survived the third floor” (a reference to the third floor of the hotel the conference was held in, which women were warned to avoid for fear of assault).

The “Aberdeen mess” was a 1996 case in which 12 male officers were accused of sexually assaulting and raping women under their command. One officer was found guilty of 18 counts of rape involving six different women, as well as 29 other offenses.

To hear Pence tell it, the assaults at Tailhook and Aberdeen were unavoidable—not because of rape culture or systemic lack of support for female officers, but because boys will be boys, especially when housed with “nubile” young women. Instead of teaching men how not to rape their fellow officers, it’s easier in Pence’s mind to just ban women from the military entirely. He went on to say,

There’s a lot going on here, and it’s all concerning.

The power dynamics in the relationship between Mulan and Li Shang in Mulan were arguably imbalanced, him being her elder and superior officer. I actually agree with Pence that that’s an aspect of Mulan worth thinking critically about if, following his dubious logic for a second, Mulan is some sort of direct analogy for the U.S. military.

Assuming Li Shang is older than Mulan and not just a very manly teen, it is very squicky and concerning by modern standards that he romances his 16-year-old subordinate. Personally, I felt Mulan provided enough context for the relationship that it seemed like a positive portrayal, but I actually don’t fault Pence for questioning them as a couple. However, it’s telling that in examining Li Shang and Mulan’s relationship he places the ‘blame’ on her, saying ”it is instructive that even in the Disney film, young Ms. Mulan falls in love with her superior officer!”

Pence insinuates “young Ms. Mulan fall[ing] in love” with Shang is comparable to the rapes and assaults at Tailhook and Aberdeen. That, and his later comment about “many young women find[ing] many young men to be attractive sexually” implies that assault in the military is just as much the result of young women being attracted to or in love with their commanding officers as it is about boys being boys. In other words, it’s victim blaming that romanticizes rape.

As women take on a more significant role in the U.S. military, there is an essential conversation about rape and assault that needs to be had. Women could soon be required to register for the draft, but the military still needs to reform how it handles sexual assault cases—according to the Department of Defense, there are over 20,000 sexual assaults on service members each year, most of which go unreported for fear of retaliation.

But the solution to that epidemic isn’t to ban women, anymore than banning women from campus is a reasonable long-term solution to campus rape. You can ban us from work, from school, from walking down the street alone at night, but eventually men will have to be alone with a woman—perhaps even a “nubile” woman—and I’d like to think that the inevitable conclusion to that meeting wouldn’t be, to quote Pence’s underwhelming words, things getting “interesting.”

While it may be worth critiquing the power dynamics at play in Mulan‘s romance and the movie’s pro-military message, it’s concerning to me that Pence came away from it apparently viewing rape as an inevitable consequence of women working alongside men. Granted, he wrote this review years ago, but I suspect he’s been too busy fighting LGBTQIA rights and restricting access to abortion to think of a more nuanced solution to sexual assault than ‘ban women!’ since.