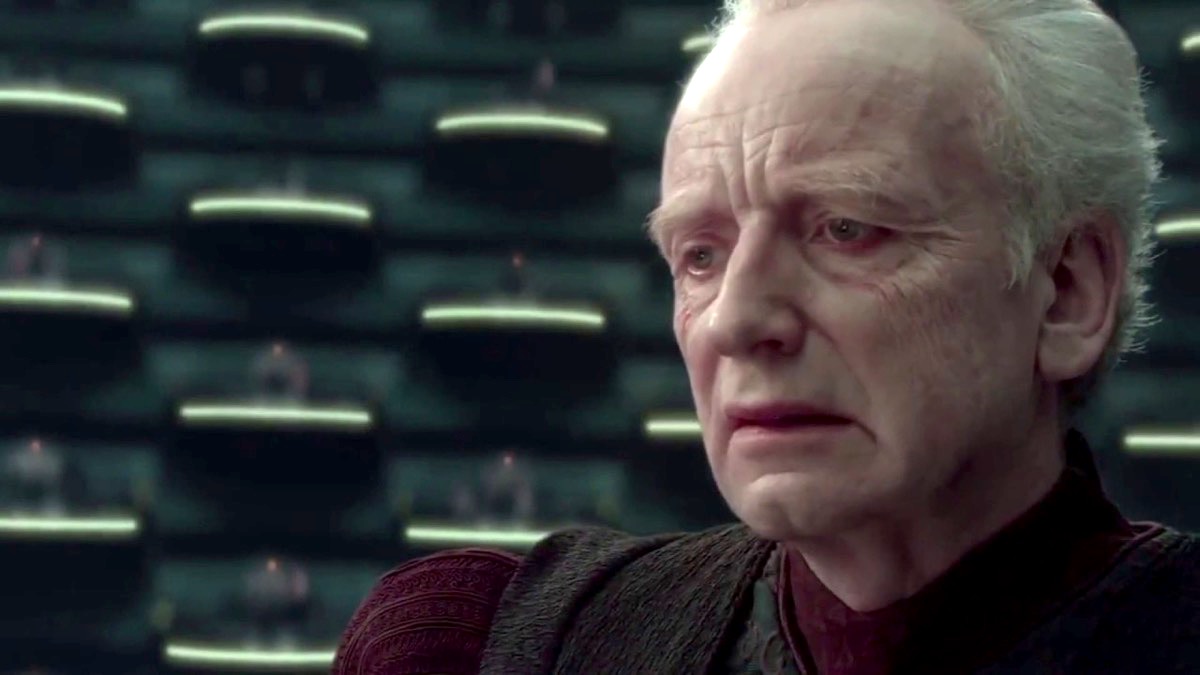 Mike Lee, a Republican U.S. senator from Utah, decided that his fascism didn’t need to hide behind the thin veil of conservatism and tweeted out into the universe that the government’s objective isn’t about democracy.

Democracy isn’t the objective; liberty, peace, and prospefity are. We want the human condition to flourish. Rank democracy can thwart that.

This is live footage of Mike Lee:

Here’s the sad thing: The entire Trump presidency is easily comparable to the Star Wars prequels, and this is just the icing on the cake. Since the beginning of his administration, there have been trade war negotiations, a shift in the balance of power, and the destruction of our democracy as we’ve known it—all things that happened during Palpatine’s rise to power.

But Mike Lee’s latest tweet brings us into the Revenge of the Sith realm of things.

The problem with our current government is that Democrats are fighting to keep democracy alive. We’re basically the Jedi—especially because we’re being betrayed by other supposedly democratic figures. No matter how hard we fight, there’s always some Republican who is ready to throw it all away for their own wellbeing (looking at you, Mitt Romney).

It feels like we’re screaming into the void about our government because it’s being torn to shreds right before our eyes and there is nothing to do about it because even our voting system is under attack. I finally understand how Obi-Wan Kenobi felt, but the betrayal I feel is at the idea of a “checks and balances” system.

Meanwhile, Republicans don’t care about anyone but themselves. Their struggle with Trump and his ideals is virtually non-existent, and they don’t care if democracy dies because they’ll be protected and their views remain the ones in power. And if you dare have a different opinion?

The issue with Mike Lee’s stance is that, while people seem to think that Twitter isn’t the place to have a nuanced discussion about democracy, this shouldn’t be a discussion. This is America. We’re a democracy. As a politician, your job is to preserve democracy and serve the American people. That’s that.

I might be a superfan of Star Wars: Revenge of the Sith, but that doesn’t mean I want to live in the f**king movie. I’d like democracy to stay intact, Mike Lee. Thank you very much.

So this is me rolling up into the polls on November 3rd to vote for Joe Biden.