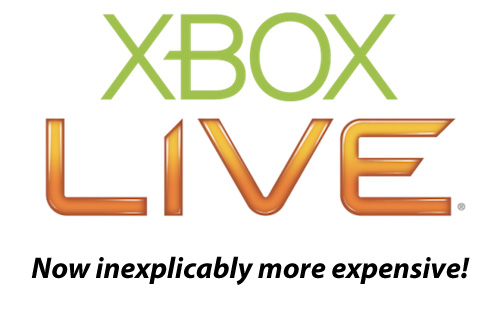 Without explanation, Microsoft’s Major Nelson has announced that they are planning to raise their Xbox Live Gold subscription fees beginning November 1st, 2010.

Though the prices are being hiked, Microsoft is offering a chance for its “loyal members” to lock in their current prices with an additional discount.

Considering Microsoft’s Xbox Live is competing with Sony’s free PlayStation Network, this seems like an odd move, especially since both companies are now going toe-to-toe yet again with their new gesture-and-tracking-based peripherals, Kinect and Move.