This is a real thing you can spend real money on in the real world for real. 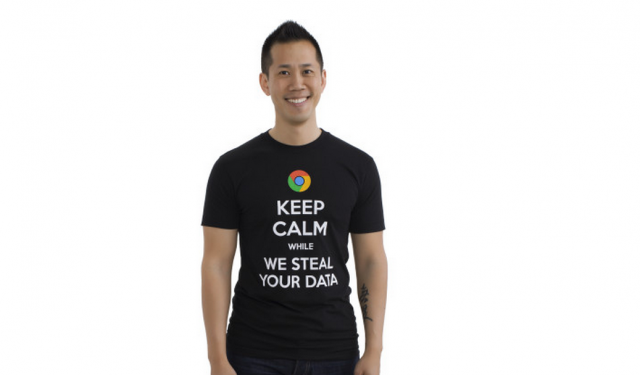 If you’re worried that you live in a world where major companies don’t behave like petulant children, relax. They still totally do. Just look at this shirt you can buy from Microsoft that mocks Google and their data-mining ways, as if they’re two middle school kids running against each other for class president.

This dumb shirt fits into Microsoft’s dumb “Don’t get Scroogled” campaign, which we put in italics because it’s a dumb word. Besides being way late to the “Keep Calm” meme, the shirt also features the dumb Scroogled logo on the back so everyone will know what a cool Microsoft devotee you are.

You can buy the shirt on the Microsoft Store site if you really hate Google and feel the need to let the world know about it with a dumb shirt.