Turns out the Internet can still surprise us. 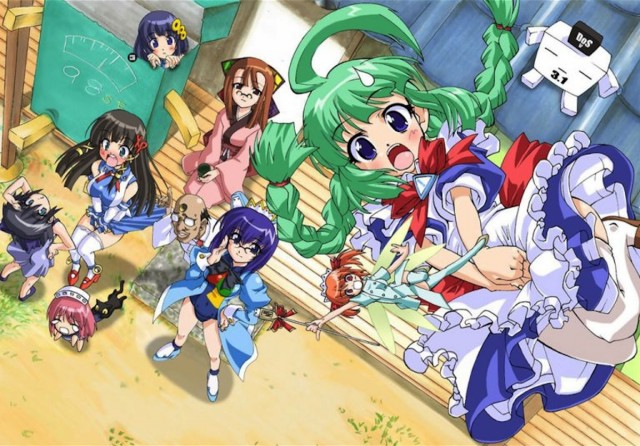 After we found Microsoft’s crazy new Internet Explorer mascot video today, we went on a trip down the Internet rabbit hole and found out there was a whole world of Microsoft product anime personification out there. We barely made it out with our sanity, and we brought some of the craziness back with us for your enjoyment.

#1. Windows 7’s official Japanese mascot encourages you to build your own computer.

The “OS-tan,” which are mostly Windows based personifications of technology, came about as a meme that seems to have been appropriated by official Microsoft marketing materials in some regions. They are usually depicted as sisters of varying ages with different amateur artists contributing to the character designs as they go along.

#2. There’s an older video with a fan theme song/promo for an OS-tan TV show.

There are tons of videos like this on YouTube with various artists setting the characters to music as though they’re part of a theme song. As weird as we find it that Microsoft has embraced this phenomenon, we can’t deny that we’d probably watch a show about living versions of operating systems.

Artist Danny Choo is actually responsible for the character design of the Internet Explorer mascot “Inori Aizawa,” and it turns out she’s part of a series of adorable web browser drawings. This is where the line kind of blurs between strange and great, because we’re happy to see that people are getting recognized for their art.

She’s not Windows or software personified per se, but Hatsune Miku is technology brought to life all the same, and she actually kind of exists. She’s created by Vocaloid, which is software that allows users to input lyrics and a simple melody to synthesize an entire song sung by Miku. As you can see in the video, she is projected on stage in concert with a live band to sing songs created by her fans.

What we have here is just a small window into an Internet fan culture we didn’t even know existed, but we suddenly find it highly entertaining.