Michaela Coel Says No to Third Season of Chewing Gum, Bursting Our Bubble 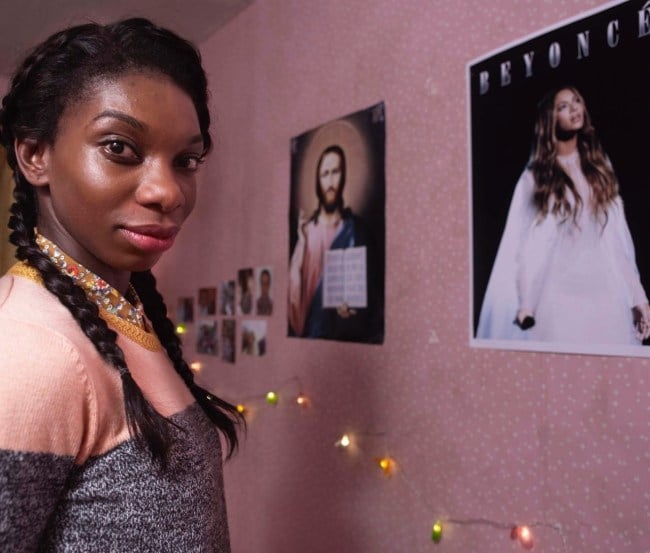 If you’re like me, you got to know the hit Channel 4 comedy series, Chewing Gum, created by and starring the BAFTA Award-nominated Michaela Coel, on Netflix. If you started watching it at all, it’s likely you binged it, then thought, I can’t wait ’til Season Three comes out! Well, you’re gonna be waiting a long time.

As reported by Chortle out of the UK, Coel has decided to pull the plug on her series, telling Channel 4 that “that she ‘reached a creative peak’ at the end of the second series, and did not want to continue.” Cue weeping from comedy fans everywhere.

Despite our disappointment, it’s easy to understand why Coel might feel the way she does. UK television is created very differently than it is in the States, and she did things differently from even that. When a fan asked her why Chewing Gum‘s seasons were so short, she replied:

I wrote every word of Chewing Gum by myself. when sum1 once tried to help, it didn’t work bcoz u kinda need to live in my disturbed head

Yeeeah, doing it all herself does make me get why she might need a breather. However, this doesn’t mean that there’ll never be more Chewing Gum. As a rep for Coel told Jezebel, she is “‘not currently writing a third series of Chewing Gum as she is focusing on some other projects right now” but that Coel is “not closing the door to the possibility in the future.'”

This is something else that seems to happen a lot on British shows. Rather than churning out season after bloated season as we do in American television, it’s not uncommon for shows to not only have shorter seasons (which benefits storytelling), but to have a year or more pass between them.

UK comedy classic Spaced had two years pass between its first and second seasons, each with seven episodes. Sherlock only has three (admittedly feature-length) episodes a season, and there have never been fewer than two years between seasons, most recently three, save the special episode. And I feel like we’re always waiting way too long for new Doctor Who!

From the sound of it, Channel 4 would totally be down for more if Coel were ever up for it again. A Channel 4 rep told The Muse, “Chewing Gum is a vibrant, hilarious and unique comedy of which we are incredibly proud. Though there currently aren’t any plans for a third series, we hope to work with the hugely talented Michaela Coel again soon.”

And we’d all be really happy to see more Chewing Gum! Though we’re equally excited about whatever it is Coel has coming next, as she’s a huge talent who deserves all the opportunities in the world!

Have you watched Chewing Gum yet?