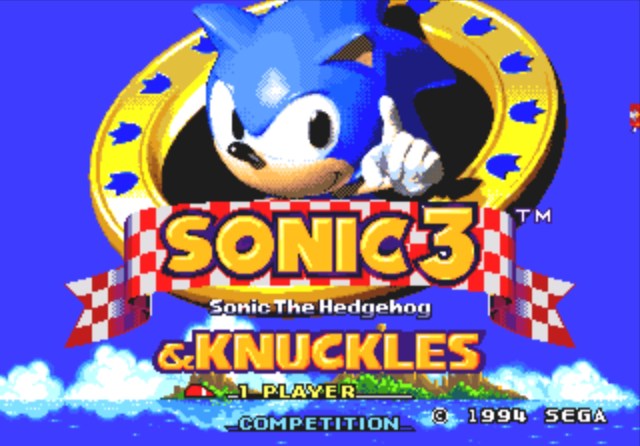 If you’ve played Sonic the Hedgehog 3, you’ve probably noticed that the game’s music is awesome. What you may not have noticed is that it’s not just better, it’s noticeably different from the music in other Sonic games on Sega Genesis. As it turns out, that’s probably because it was the only soundtrack composed by Michael Jackson.

If you’re a fan of Sega’s Blue Blur and spend a lot of time on the Internet, you may already know about the long-standing theory that Jackson composed music for the game. You may even know that Brad Buxer, a frequent Jackson collaborator and credited composer on the game, and Roger Hector, executive coordinator of Sega’s Sonic 3 development team, have both commented that Jackson worked on the game, but there was doubt cast on Buxer’s remarks, and Hector claimed Jackson’s work was removed from the final game.

Now, Huffington Post has spoken to more members of the team that worked with Jackson on the music—ones who were also credited in the game—and they’ve corroborated Buxer’s story (at length, and you should give it a read for yourself). They also say that, while Jackson and Sega eventually fell out—either due to Jackson’s frustration over the game audio sound quality or Sega’s frustration with Jackson’s public image—and another composer, Howard Drossin, was brought on to finish the game. However, in contrast to Hector’s remarks that Jackson’s work was removed, Drossin told HuffPo that most of the game’s music was done, and he didn’t change much.

If Sega is committed to denying that Jackson’s work made it to the final game, word from several of the people involved with Sonic 3‘s is probably the best “proof” we’re ever going to get. So whatever the real reason behind Jackson’s name being taken off the final product, you’re not hearing things when you listen to the Sonic 3 soundtrack and think it sounds a bit like Michael Jackson music. The composers who talked to HuffPo specifically mentioned Jackson’s trademark beatboxing vocalizations, which are especially noticeable in “Boss – Act 1.”

(via Uproxx, image via Sega)