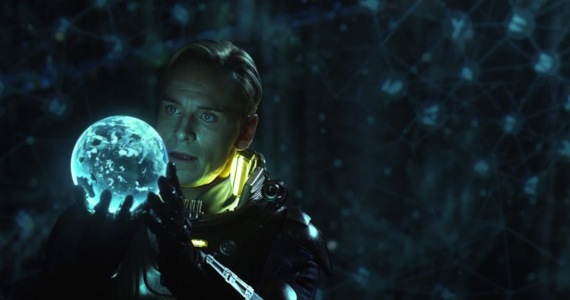 Michael Fassbender will soon be appearing in the Ridley Scott sci-fi epic Prometheus but perhaps he only took the role because it was the next best thing to another beloved space franchise. You see, the actor loves Star Wars, he had tons of Star Wars toys growing up, and he still has them.

Prometheus may or may not be an Alien prequel but who are we all kidding? It is. So it’s fun to hear that Fassbender is a fan of continuing sci-fi material.

”Star Wars was really the only sci-fi sort of fascination I had as a youngster. I collected and I’ve still got the AT-AT and the Millennium Falcon and the Ewok village,” Fassbender told Absolute Radio. “I suppose they are worth a bit of money. I sort of passed them on I think, and also I took them out of their box.”

Yes! He’s in the “take your toys out of the box and actually play with them” crowd. This makes me happy.

Fassbender went on to describe the Ewok village set to them, just in case there was any question of his sincerity. “It’s kind of like three trees, or four perhaps, they’re sort of joined together with the platform bit. It’s quite cool, you can go into the trunk of one and come out the other, and there’s a little sort of wind up trap net thing where you can sort of reel somebody up,” he said.

It seems being a fan of something like Star Wars helped him to understand the seriousness of taking on the role of someone like Magneto in X-Men: First Class.

“There’s always a pressure. I sort of had that with X-Men anyway. You know you’ve got a very large vocal passionate fan base, and you want to do them proud,” he said. But you take that on board and then you kind of have to dismiss it. Because you want to make choices that are bold and definite, and if you’re worried about what other people are going to think other than your director, then the character will be neither here nor there.”

And I think we can all agree, we’re glad he did. Prometheus hits theaters June 1. Now someone give Fassbender a role on Clone Wars or something.

(via Monsters and Critics)