The Sight of Michael B. Jordan in Black Panther Made a Girl Break Her Retainer, but He Will Help Fix It

This fan's experience speaks to many of us. 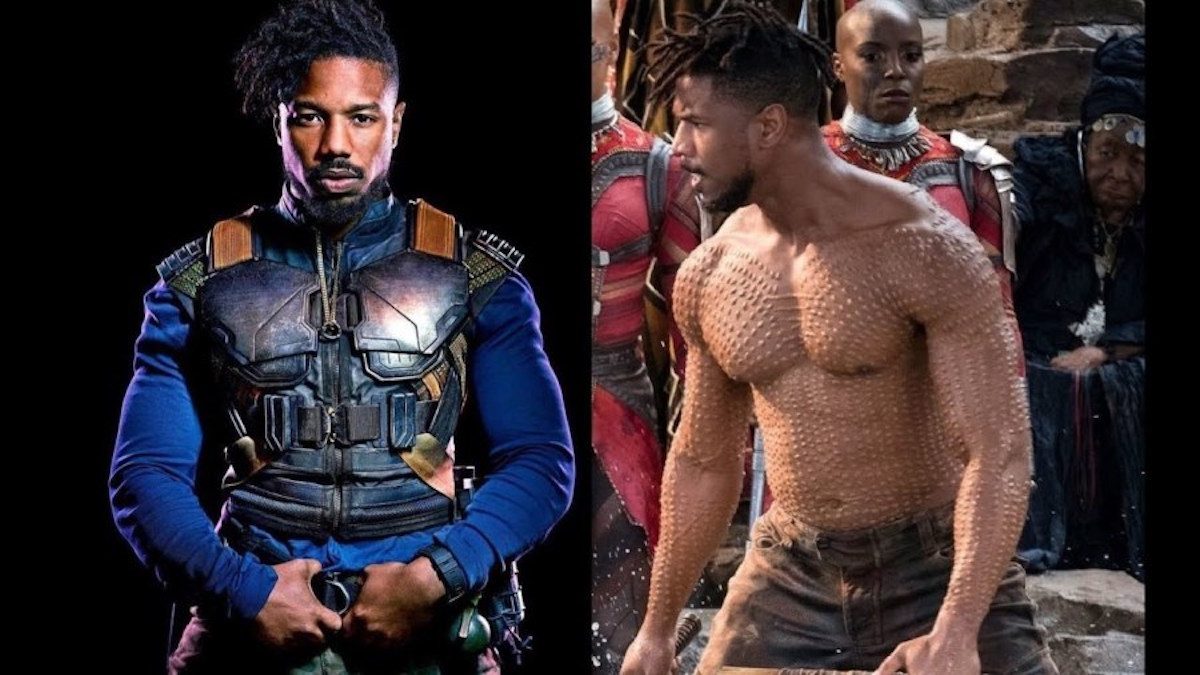 In one of those instances of virality that’s quirkier than fiction, an orthodontist offhandedly shared a story of an anonymous patient, who needed her retainer fixed after the sheer force of her reaction to seeing Erik Killmonger onscreen caused the thing to snap. Then the Internet got involved, and now the actor himself has offered to come to her aid.

The web-based fairy tale started on Tumblr, when an orthodontist reblogged a “get you a man who can do both” post about Killmonger with a personal account of Jordan’s impact in his workplace. 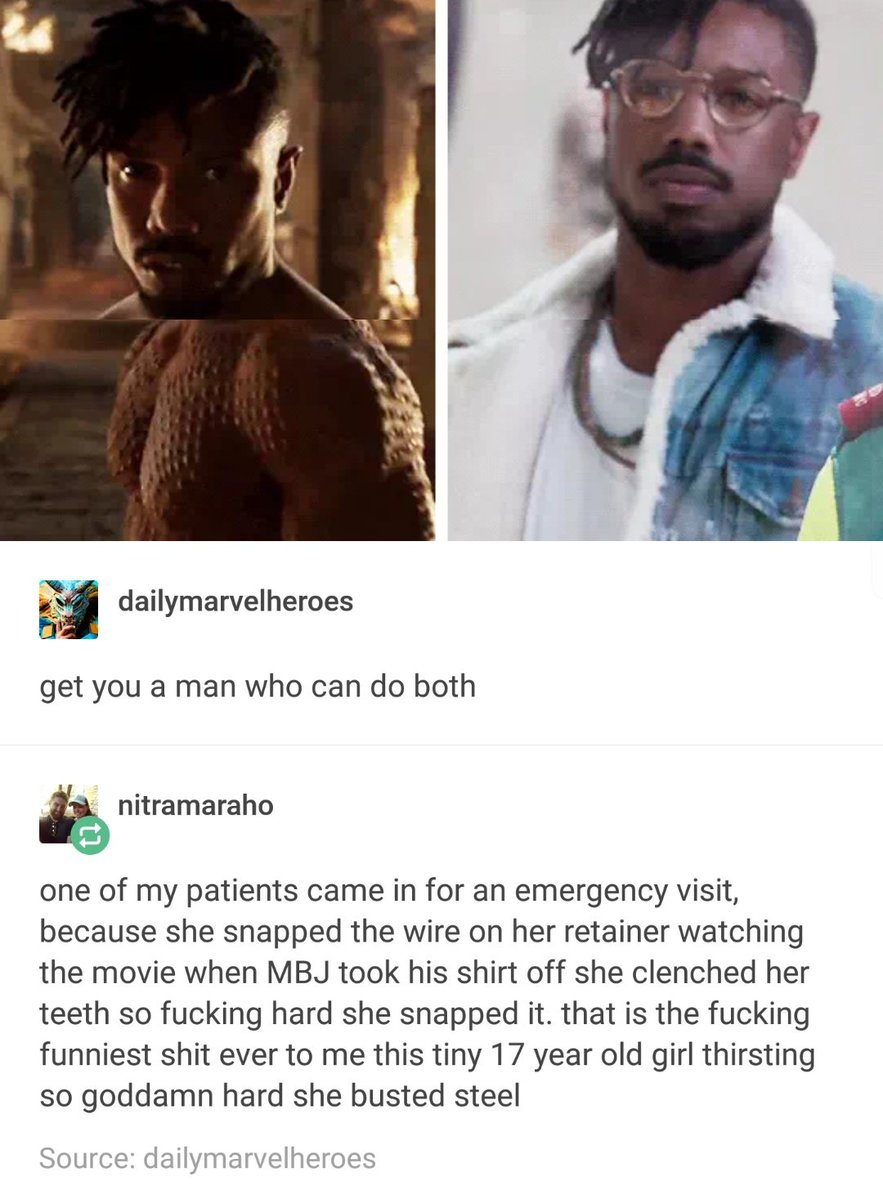 We all know the scene in question: when Jordan’s Killmonger peels off his shirt in preparation to fight T’Challa at the waterfall.

The post was popular on Tumblr, but then it made the leap to Twitter with further reaction:

This tweet went viral—and the subject of the orthodontist’s story chose to “out” herself:

Wait. That girl is me. That is my orthodontist’s tumblr. This is a post about me? I’m going to kill myself https://t.co/ErDqESPrWj

For those who don’t live on social media with the youth, hyperbolic language like this is pretty standard. Sophia emphasized later that she was not thinking of self-harming. The orthodontist’s original post was also not a HIPAA violation (lawyers have chimed in!), as the patient was not named, and she’s the one who decided to acknowledge who she was.

From there, the whole thing turned into a meme-riffic sensation.

Can we get @michaelb4jordan to see this please

Sophia’s prayers were answered, because Michael B. Jordan has swooped to the rescue. First, he followed her, an honor indeed:

RIP my retainer @michaelb4jordan I am HONORED and GRATEFUL pic.twitter.com/IFfdKiCW0i

Then, the gentlemanly Jordan tweeted on his own account that he’d be happy to help replace Sophia’s retainer, seeing as how he was “partly responsible.”

.@pixyrue since I feel partly responsible for breaking your retainers ‍♂️ let me know if I can replace them

Fans were on board with this, and had their own questions for Jordan.

if i say you broke my heart, will you show me love to fix it? pic.twitter.com/XSgeabIh0q

Sophia seems to be handling her sudden Internet notoriety with the grace and humor of a person raised in the age of memes, and Jordan’s classy response makes this whole thing have a happy ending. 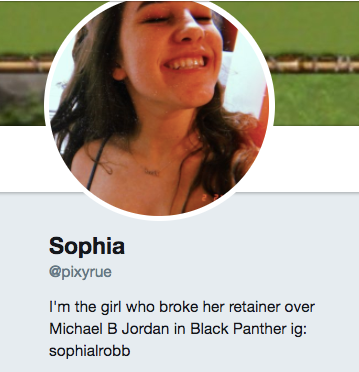 Beyond the good-natured humor here, I think it resonated so much at least partially because many of us could identify with Sophia’s predicament, if not her exact circumstances.

The most relatable thing ever. We’ve all busted steel fangirling over someone, you’re not alone in this