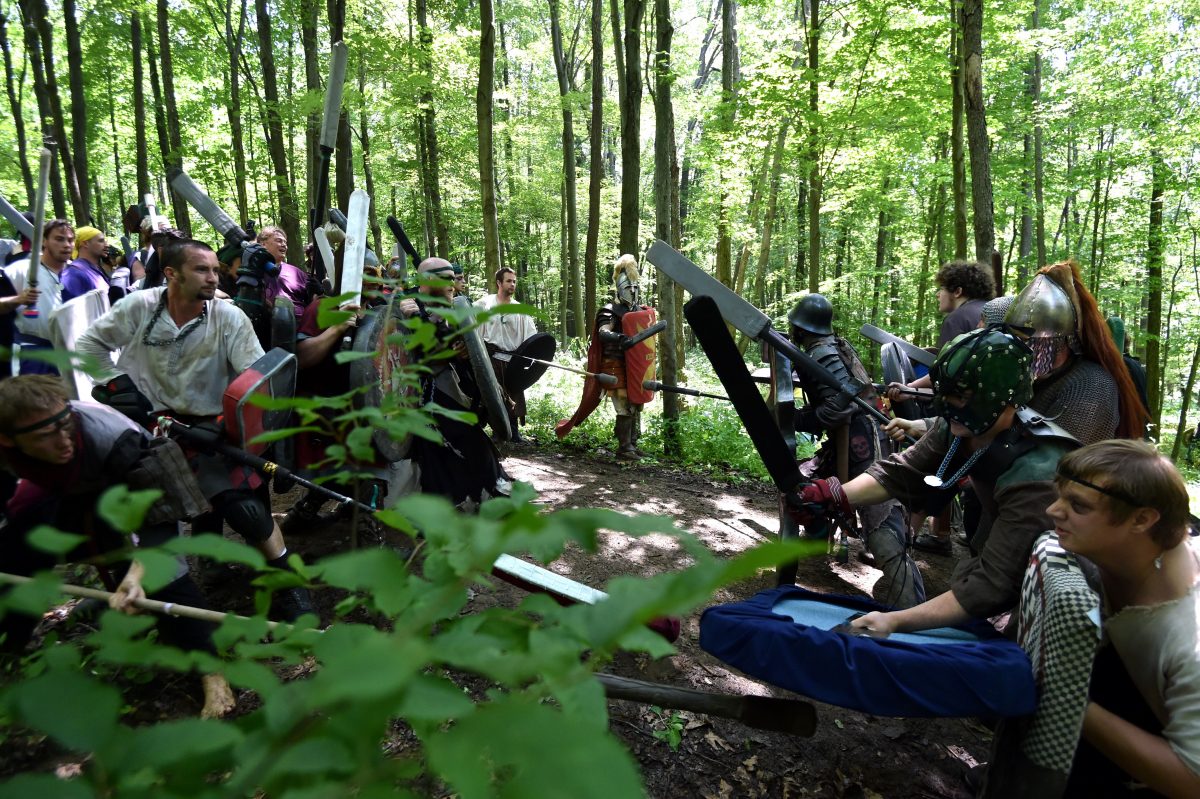 While much of the #MeToo Movement is focused on the worlds of entertainment and tech, there have been ripple effects throughout countless communities. Its influence even extends to the worlds of renaissance faires and fantasy combat events. Events like Ragnarok, a week-long immersive fantasy battle event in Pennsylvania’s Cooper’s Lake, are now putting policies in place that make it easier for attendees to report harassment and assault to the organizers.

Ragnarok is one of the largest events of its kind, a live action war game known as a part of the Dagorhir battle games community, where around 1,500 players gather each year for full-contact melee fighting with foam weaponry, camping, a merchant’s village and, of course, revelry and partying. “The Rag”, as it’s known, allows players to escape the mundanity of modern life and adopt a warrior persona of their own, ranging from historical to high fantasy.

But the Ragnarok community (like literally every other community on this planet) struggles with members who harass, abuse, and assault the women in attendance. The women of Ragnarok are far outnumbered by the male fantasy enthusiasts and, like all male-dominated arenas, are subjected to abusive treatment. One attendee, Hannah Hoffman, described an incident where a play-grappling match with an ex-boyfriend turned violent, giving her a concussion. “I couldn’t wrap my head around why people weren’t taking it more seriously. Things happen to strong women specifically, to knock us down.”

The same virulent misogyny that exists in all aspects of nerd culture (gaming, comics, cosplay, coding) is present in LARPing and fantasy roleplay: call it misogynerd. Women who dare to enter these communities are immediately singled out with accusations of posing (i.e. the “fake nerd girl” nonsense), targeted harassment, and scrutiny and judgment over their personal lives. The women of Ragnarok face the same double standards and virgin/whore dichotomy that all women face: if they hook up at the event, they’re “fighting sex bots” or “Daga-hoes”, and if they don’t then they’re “frigid prudes”. It’s a lose-lose scenario.

But change is coming, slow as it may be, and the effects of the #MeToo Movement have empowered the women of Ragnarok to make concrete changes to the event. In 2017, Ragnarok adopted a code of conduct outlining harassment and sexual misconduct, as well as a system to ban players who broke the terms. David “Graymael” Vierling, president of the Dagorhir Battle Games Association, said “When I became president, I inherited a number of issues,” he said. “What I have tried to do in my time in office is correct those issues and put in place steps to protect our membership from predators.”

Now, all attendees receive a pamphlet upon entering the games that explicitly states the code of conduct, as well as a section on consent. Issues of harassment and assault are now handled by an elected arbiter. The current arbiter, Lauren “Phoenix” Partlow, is both a dedicated Ragnarok fighter and an accredited counselor. Partlow says that listening is a crucial part of her duties, adding, “The vast majority of rapes are not reported because women legitimately believe that nobody’s going to believe them, because rape is the one crime where you have to first prove that a crime was committed.”

Change is coming to this community in many ways, says Sev Gedra, a Ragnarok queen who was one of the last women standing at the end of the King’s Battle. Traditionally, the last two men standing in the King’s Battle were crowned kings and then rule over next year’s Ragnarok. This year, two women won, and the final fight is now known as the Monarch Battle. “Everything that’s happening nationally is happening here,” said Gedra. “Women are speaking up more and men are believing them.”