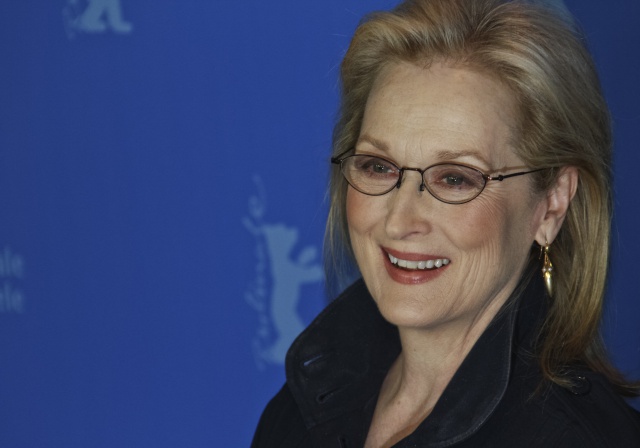 **Spoilers for Big Little Lies season one ahead, if you’re not caught up!**

Big Little Lies was one of the best shows on television last year, and it did an amazing job of bringing so much amazing female big screen talent to the small screen. Well, Meryl Streep, the undisputed Queen of the Big Screen, will be joining Reese Witherspoon and Nicole Kidman for the upcoming second season!

From what we know thus far from Deadline, Streep will be playing Mary Louise Wright, the mother of Perry (Alexander Skarsgard), who was cathartically killed at the last episode of season one when Bonnie (played by the demi-goddess Zoë Kravitz) pushed him down a flight of stairs. Wright will be coming to Monterey to try to uncover what really happened to her son and to look after the well-being of her grandchildren.

Now, I’ll admit I was among those who had some reasonable doubts about season two, but I must say the casting of Meryl Streep is 100% a winner. Bringing in someone from Perry’s family is also an interesting choice because it’s not yet clear whether Perry’s rage and horrible sexism came from something in his upbringing. Sometimes, parents can be in denial about the horrible actions of their sons, even when there is evidence to prove they were horrible people.

Also, when she comes to take care of her grandchildren, will that include Ziggy?

While most the cast is supposedly set to return, deals are still being worked out for Dern and Shailene Woodley, according to Deadline. I hope everything goes smoothly, because seeing Shailene Woodley’s Jane go toe-to-toe with Streep … I’m already living for it, not to mention Nicole Kidman and Meryl Streep! So many Oscar winners, so little time.

David E. Kelley will once again write all seven episodes, but because they are now going beyond the scope of the original novel, he’s creating his scripts with the help of the author of Big Little Lies, Liane Moriarty.

Apparently, they’re also going to cast Bonnie’s parents, which is exciting to me (I say cast her actual parents, Lisa Bonet and Lenny Kravitz, because duh) because it will infuse much-needed diversity into the show. While a lot of the Greek chorus and background characters were POC, I would like to see some older women of color getting the opportunity to shine.

A release date has not been announced for the second season yet, but it’s probably going to be 2019. Of course we have to wait an excruciatingly long time for all of this amazingness.