Memes! How do they work? 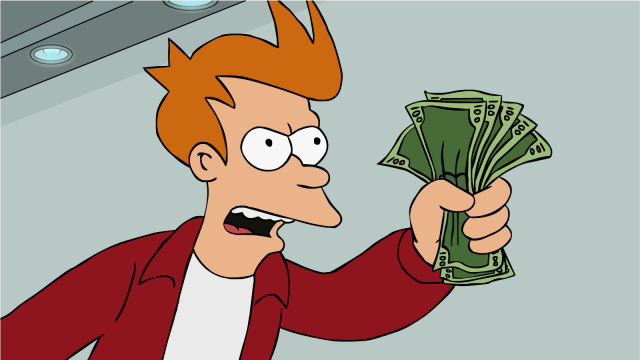 Researchers at Indiana University are not content with the idea of tweeting photoshops of their favorite actors in goofy poses until it gets boring: they want to know why people are so invested in these viral ideas, images, and pieces of content. And they have just under a million dollars — $919,917, to be precise— in grant money from the National Science foundation to make it happen.

The grant, which was was awarded to Fil Menczer and a team from the Indiana University Center for Complex Networks & Systems Research by the NSF in the summer of 2011, is being used to fund a project called Truthy (and yes, it was named after Stephen Colbert’s “Truthiness”). The system “evaluates thousands of tweets an hour to identify new and emerging bursts of activity around memes of various flavors,” with the hope of discovering how memes propagate through the “Twittersphere” and what might cause their popularity and decline.

In order to do this, the Truthy system will gather tweets in real time via what they’re calling a “gardenhose,” and then analyze those tweets using a combination of “data mining, social network analysis, and complex networks models,” all boosted by crowdsourcing. They plan to utilize their algorithms to “detect political smears, astroturfing, misinformation, and other social pollution” that might harm the general public in political discussions online.

However, Truthy unfortunately only works with a fixed amount of hashtags and keywords, most of which are political in nature. Typing in #DonaldGlover4Spiderman, for example, doesn’t show you anything—but if you type in #tcot, which stands for “Top Conservatives on Twitter” (and boy are they not happy with a million dollars in grant money going to a social media algorithm), you get all kinds of maps and graphs charting the volume of the hashtag over time.  So if you want information about what a particular pop culture meme is, Know Your Meme is probably still your best bet.

While the system won’t actually tell you if a tweet is actually “truthy”—meaning, in Colbert’s words, that it’s not ncessarily true but it sounds like it could be— the creators hope that the site will be useful as a public service while they continue to tweak their algorithms.

“Hopefully the various views, statistics, and visualizations that we provide of the data will help you make up your own mind about particular memes,” their FAQ reads. Wait, but trying to use common sense is what’s getting us in trouble in the first place! Surely for $1 million you can tell us what to think, right?