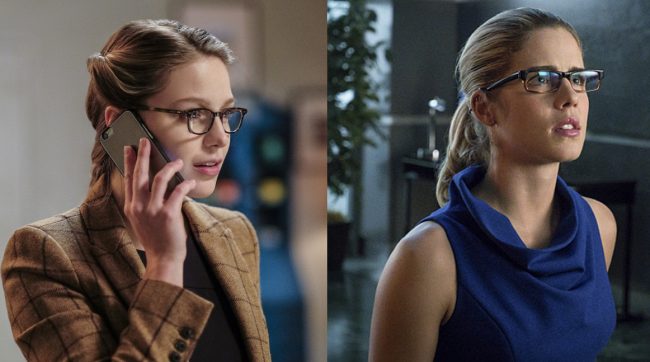 Warner Brothers announced recently that they would be suspending executive producer Andrew Kreisberg who worked on Arrow, The Flash, and Supergirl as they launched an investigation into allegations that he had sexually harrassed multiple women and men on the job. 19 sources accused Kreisberg of touching staff inappropriately, unleashing a “constant stream of sexualized comments”, and more, to little response when victims reached out for help.

Last night, Supergirl‘s Melissa Benoist and Arrow‘s Emily Bett Rickards tweeted out short statements about supporting survivors of sexual harassment and though they do not name Kreisberg, they make it very clear where they stand on the matter.

“I am a woman who leads a show that supports equality and feminism, empowerment, and fighting for what is right. I have always tried to conduct myself this way personally, as well. Sadly, the show and my career are a part of an industry that doesn’t always mirror these sentiments. This is heartbreaking, and at times makes me feel helpless. I know I’m not the only one who feels this way. But I’m an optimist. I believe lasting change is possible, and when people are mistreated, they should have a safe forum to speak their  truth and always be heard.

And when people commit crimes or harass other they should always be held accountable–no matter what industry they work in or how much power they wield. I’ve spoken up about it in the past–publicly and not so publicly–and I’ll continue to do so. All of us should, without fear or shame. We all need to hold ourselves to a higher standard. So this week, I’ll head back to work on Supergirl even more committed to being a part of changing the norm by listening when people speak up, and refusing to accept an environment that is anything less than a safe, respectful and collaborative space.”

“To the men who committed harassment, who perpetuated rape culture, who turn a ‘blind eye’, and complain about ‘reverse sexism’: you are weak and complicit. To the women who found the strength to speak up. To the women who supported one another and to the women finding their voices: You can. You are heroines.”