Why Did CNN Publish This Angry Anti-CNN Op-Ed From Melania Trump’s Spokesperson? 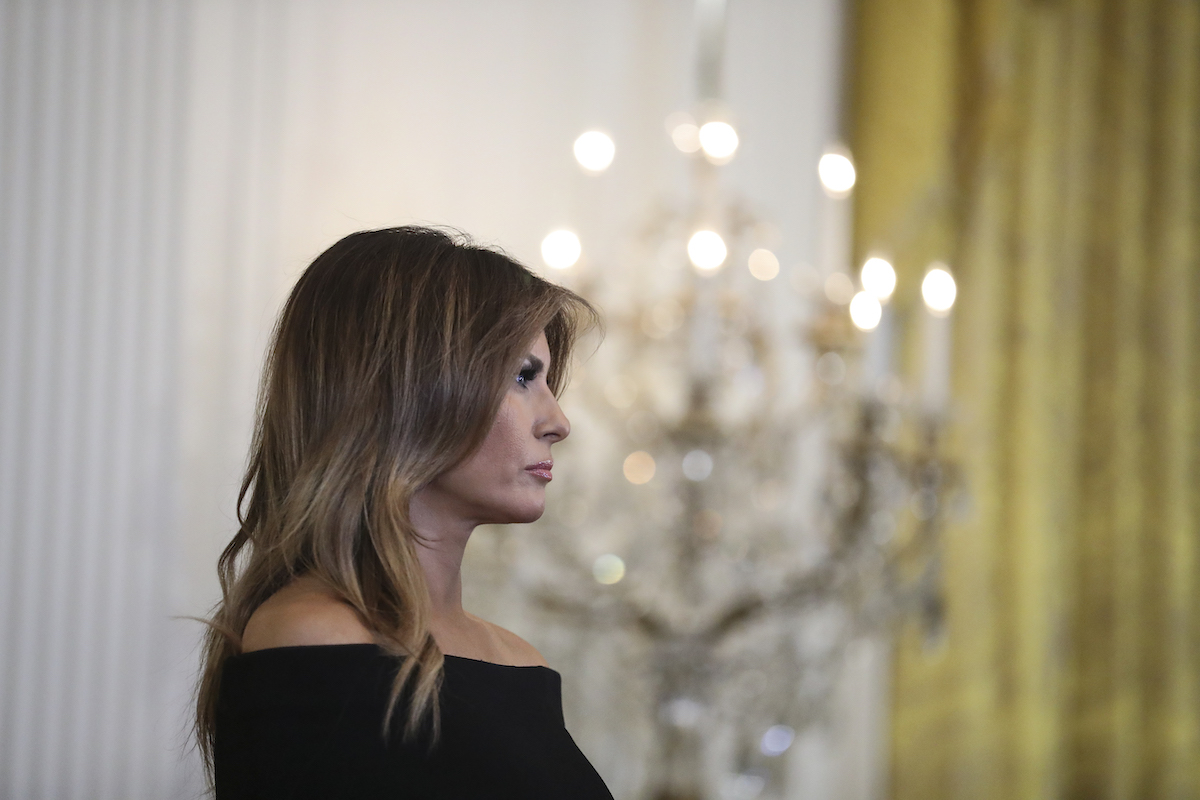 Over the weekend, CNN.com ran an op-ed criticizing Melania Trump for an interview she gave to Fox News‘ Sean Hannity. When asked to name the most difficult part of her role as First Lady, Trump once again pointed a finger at the media.

Here, she specifically decried the “opportunists who are using my name or my family name to advance themselves, from comedians to journalists to performers, book writers.” That response is what CNN contributor Kate Anderson Brower called a “pity party,” and proof “that she doesn’t understand what it means to be first lady.”

Now, Melania Trump’s spokesperson, Stephanie Grisham, has responded to the op-ed with a scathingly defensive attack, published on … CNN.com. Grisham calls the original article “condescending” and an “unnecessary attack,” and implies that Brower isn’t qualified to hold an opinion on Mrs. Trump because she’s never met her. (Brower has written books on modern first ladies and the inner workings of the White House residence.)

Grisham apparently takes issue with the fact that the op-ed focused on one “soundbite” from a 20-minute interview, as if a sycophantic, softball conversation with Sean Hannity is worth covering in its entirety. She is angry at the article’s and the entirety of the media’s seeming refusal to report on the good things Melania does, saying they focus only on the  “trivial and superficial, rather than the deeper issues facing our country that the she [sic] has tirelessly worked to address.”

Which is especially odd in this context, since Brower does list many instances of that sort of work. Her issue is that when asked about the challenges facing her, Melania herself didn’t mention those things.

“The entire moment was a lost opportunity to put attention on the families of struggling Americans she’s met in her role as first lady, especially since she spent time the very next day reading to children at Children’s National Hospital, some sitting in wheelchairs with IVs attached,” she wrote. “And the Hannity interview took place on USS George H.W. Bush, a trip the first lady made to support members of the military and their families.”

Brower continued, “Wouldn’t it have been heartening to hear her use that moment during the interview to talk about the women and babies she’s met struggling with opioid addiction, or the children who she has met as part of her “Be Best” campaign who have been bullied at school, or the people whose homes were destroyed in the California fires?”

Instead, we got that “pity party.” It’s the same sort of party she threw for herself when she called herself “the most bullied person in the world.” To be fair, there is no reason why we should expect anything else from Trump, except for the fact that previous first ladies have not spoken or acted this way, which is the entire point of Brower’s article. Melania Trump is not the first First Lady to have to deal with a public’s sexist fixation on her appearance. As Brower writes,

“People are sorting through our shoes and our hair … whether we cut it or not,” Michelle Obama said at the 2013 summit. “We take our bangs [she had just had bangs cut] and we stand in front of important things the world needs to see. And eventually, people stop looking at the bangs, and start looking at the things we’re standing in front of. That’s the power of our role.”

You don’t have to defend that sort of superficial treatment of powerful women to see how Melania Trump is weaponizing it. She is outrageously self-pitying and she is petty. She baits the media with distractions and then brands herself a victim when they bite.

There’s no better example of that than when she said her infamous “I really don’t care, Do U?” jacket–which she wore to visit with migrant children being kept in cages at the border–was a message for the press (after originally claiming there was no message at all and mocking the press for seeing one).

Brower’s article was a valid criticism of Trump’s behavior. Why did CNN feel the need to give a platform to this spokesperson–a person whose sole job it is to spin good PR for the First Lady? They essentially gave out free ad space for a propagandistic press release. That’s not a display of journalistic integrity; it’s hard, really, to see it as anything but cowardly both-sidesism.

And on top of all of that, Grisham’s response is just a poorly crafted article. She completely misses (or just refuses to address) the original argument that “Melania has clouded the profound responsibility and honor of the position with her own personal resentment.” Instead, she responds to arguments Brower never made.

Maybe CNN wants to buy a bit of good will from the Trump administration. Donald Trump and his surrogates have repeatedly attacked the outlet, calling them the enemy of the American people and even attempting to deny chief White House correspondent Jim Acosta his press credentials. But if they want to defend their integrity as a leading beacon of the free press, this sure is a strange way to go about it.