Break out Your Tiniest Violin for Melania Trump, “the Most Bullied Person in the World” 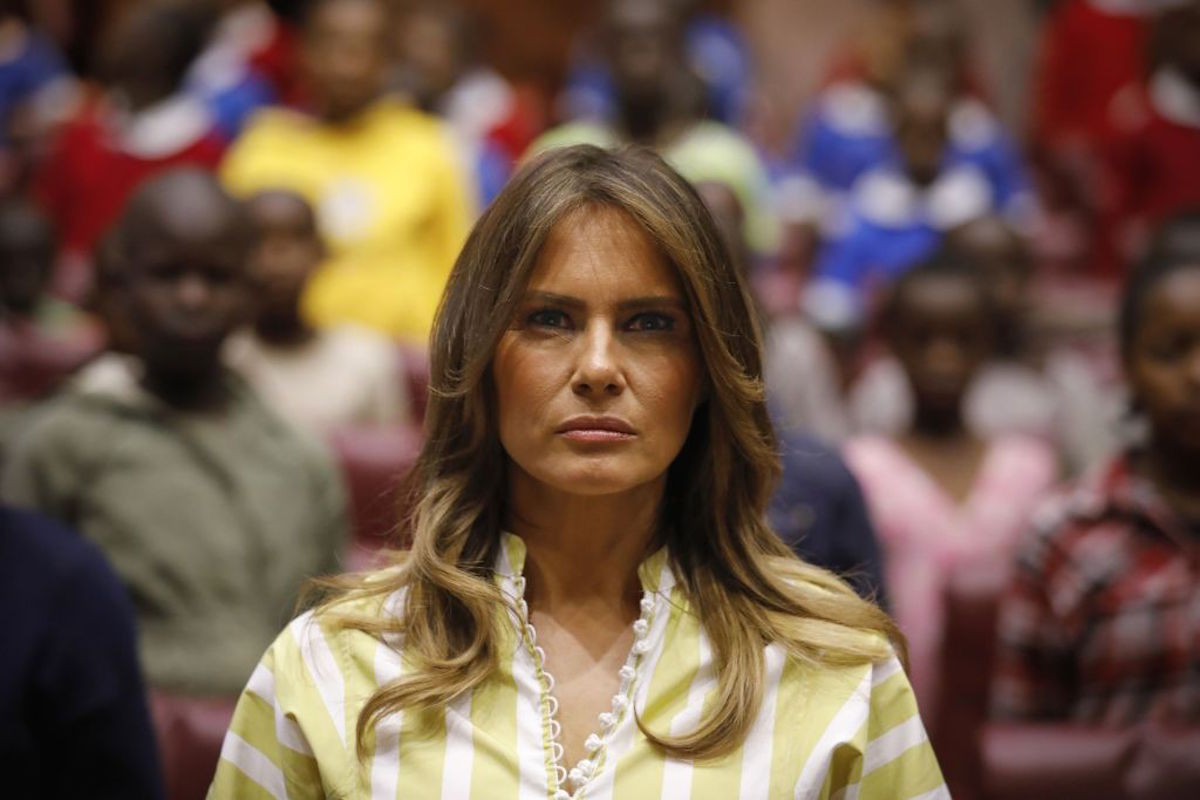 In an interview with ABC News, Melania Trump explained the motivation behind her “Be Best” anti-bullying campaign. As it turns out, the issue is personal for her because she believes she is—in her own words and I’m not kidding although I wish I were—”the most bullied person in the world.”

She quickly backpedals a half-step to say “one of them,” she is only one of the most bullied people in the world, “if you really see what people [are] saying about me.”

EXCLUSIVE: First lady Melania Trump says her “Be Best” policy platform targeting online bullies is personal. “I could say that I’m the most bullied person in the world,” she tells ABC. https://t.co/iiEv5Z3ijv pic.twitter.com/CWZ7g9by27

Interviewer Tom Llamas managed to keep a mostly straight face and didn’t challenge Trump’s claim in any way. So what exactly are people saying that makes the First Lady feel so excessively persecuted? Llamas didn’t ask, but we can take a look.

Melania has repeatedly expressed disappointment that people talk more about what she wears than what she does. It might be easier to do otherwise if she 1. Did more, and 2. Didn’t use fashion as a calculated distraction designed to draw criticism, leading her to be able to look the part of the “bullied” victim.

(The other option is that she and her team genuinely fail to see the poor optics in so many of her wardrobe choices, a possibility that seems far less likely for someone so driven by image and fashion.)

Here are some of the wardrobe items she’s been “bullied” over:

—Wearing stilettos as she boarded Air Force One to visit hurricane victims in Puerto Rico. (She had changed into sneakers by the time they landed but by then, the implied message had been sent that she wasn’t taking the tragedy seriously, and conveniently, people ended up talking more about her shoes than her husband’s lack of action.)

—Wearing a jacket reading “I Really Don’t Care, Do U?” on her way to visit immigrant children in detention centers.

—Wearing a symbol of colonialism during her trip to Kenya.

Those are just a few (likely deliberately) obtuse choices that deserved the derision they received, but it’s easier to call yourself “bullied” than to reflect on valid criticism.

To be fair, there is certainly less valid criticism out there. Looking through Twitter, you can always find people mocking Melania for her accent or modeling career, and some of that could very well be called bullying. I don’t support either, but if we’re going to talk about people who have been bullied based on their appearance or their perceived “un-Americanness,” I don’t think Melania can put herself anywhere near the top of that list.

Not after Barack Obama faced endless conspiracy theories about his foreignness (perpetuated, by the way, by Melania’s husband, to which she said nothing). Or after Michelle Obama sat through eight years of racist memes and being called, among so many other things, an “ape in heels.”

I mean, if we’re talking about bullying …. *ahem*

Melania Trump thinks she is the most bullied person in the world.

This is also the same interview where Melania Trump said that no one should come forward with accusations of assault unless they have “really hard evidence.” Oh, that reminds me–Speaking of bullied people, Dr. Christine Blasey Ford still isn’t able to return to her home.

But sure, let’s all Be Best and ignore the complicity and corruption of the First Lady because she thinks it’s mean.