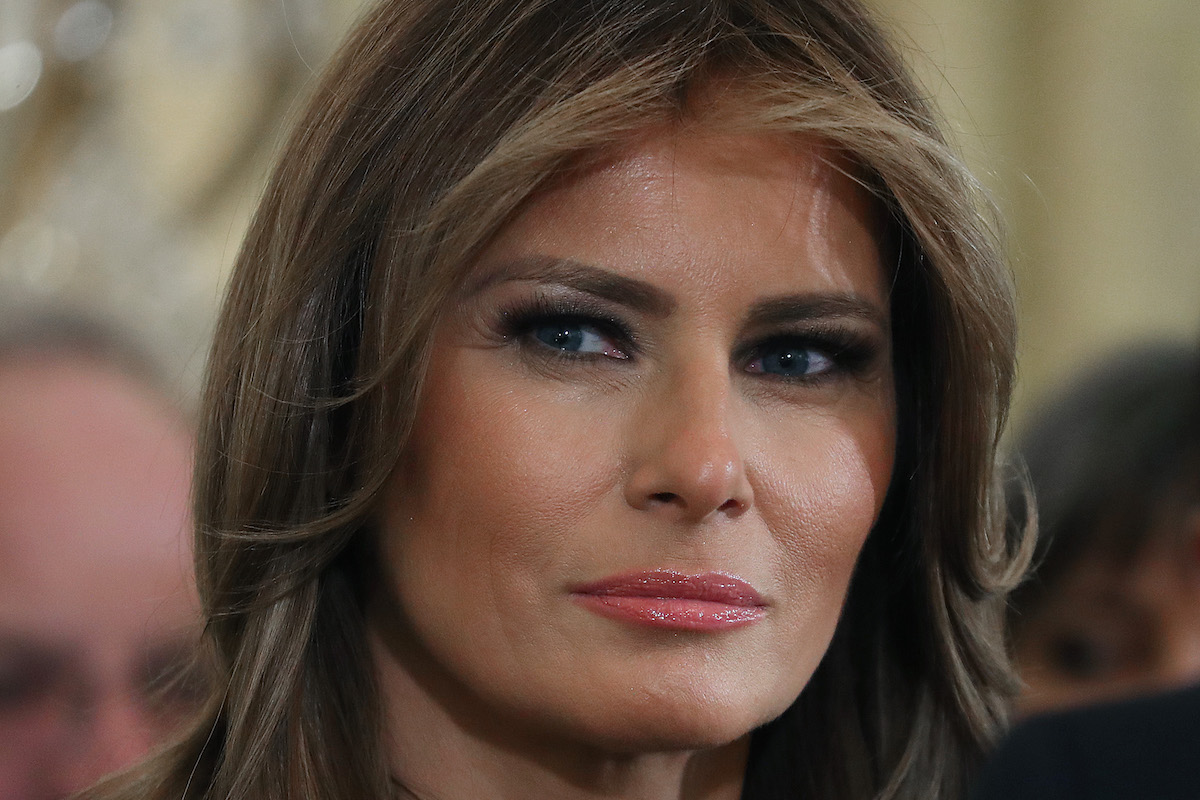 Last week, Donald Trump lashed out at teen climate activist and TIME Magazine Person of the Year Greta Thunberg on Twitter (again). People immediately began to take Melania Trump’s silence on the matter as tacit support for her husband’s bullying. But just in case anyone wasn’t sure, she’s now released a statement (via her and her husband’s shared press secretary) offering him explicit support.

Statement from @PressSec to me regarding @FLOTUS response to @realDonaldTrump’s tweet directed at @GretaThunberg : pic.twitter.com/4BPxK2KSTd

We can’t hold a woman responsible for her husband’s behavior but in this case, looping Melania in on the conversation is entirely relevant since 1) her “BeBest” anti-cyber-bullying campaign is her whole thing and 2) she recently tweeted sharp criticism at Professor Pamela Karlan, who made some mild wordplay involving Barron Trump’s name during her impeachment testimony.

A minor child deserves privacy and should be kept out of politics. Pamela Karlan, you should be ashamed of your very angry and obviously biased public pandering, and using a child to do it.

So Melania’s issue isn’t so much that “a minor child deserves privacy and should be kept out of politics,” but that her son does and should. And because Thunberg is “an activist who travels the globe giving speeches,” she’s fair game not just for regular criticism, but public mockery and bullying from adults, including world leaders.

Melania seems to be arguing that because Thunberg is a public figure, she’s choosing to open herself up to all forms of attacks, no matter her age or the fact that she’s specifically said she doesn’t want the attention or celebrity that’s come from pursuing a singular, serious cause–one that she doesn’t even see as being political in the first place.

I’m sometimes called ”political”. But I’ve never supported any political party, politician or ideology. I communicate the science and the risks of failing to act on it.
And the fact that the politics needed don’t exist today, neither to the right, left nor center. ->

If anyone thinks that what I and the science are saying is advocating for a political view – then that says more about that person than about me.
That being said – some are certainly failing more than others.

Melania’s BeBest campaign is supposed to be about helping children. But she has remained silent on the treatment of immigrant and refugee children at the southern border–including a teen boy who was denied medical care and died in ICE custody–and now she’s directly supporting Donald Trump’s petty attacks on Thunberg.

In the end, it really seems like BeBest is only designed to help one specific child.

(image: Mark Wilson/Getty Images)
Want more stories like this? Become a subscriber and support the site!