Let’s Hear It For The Teens! Melania Trump Booed at “Be Best” Event in Baltimore

Music to my ears. 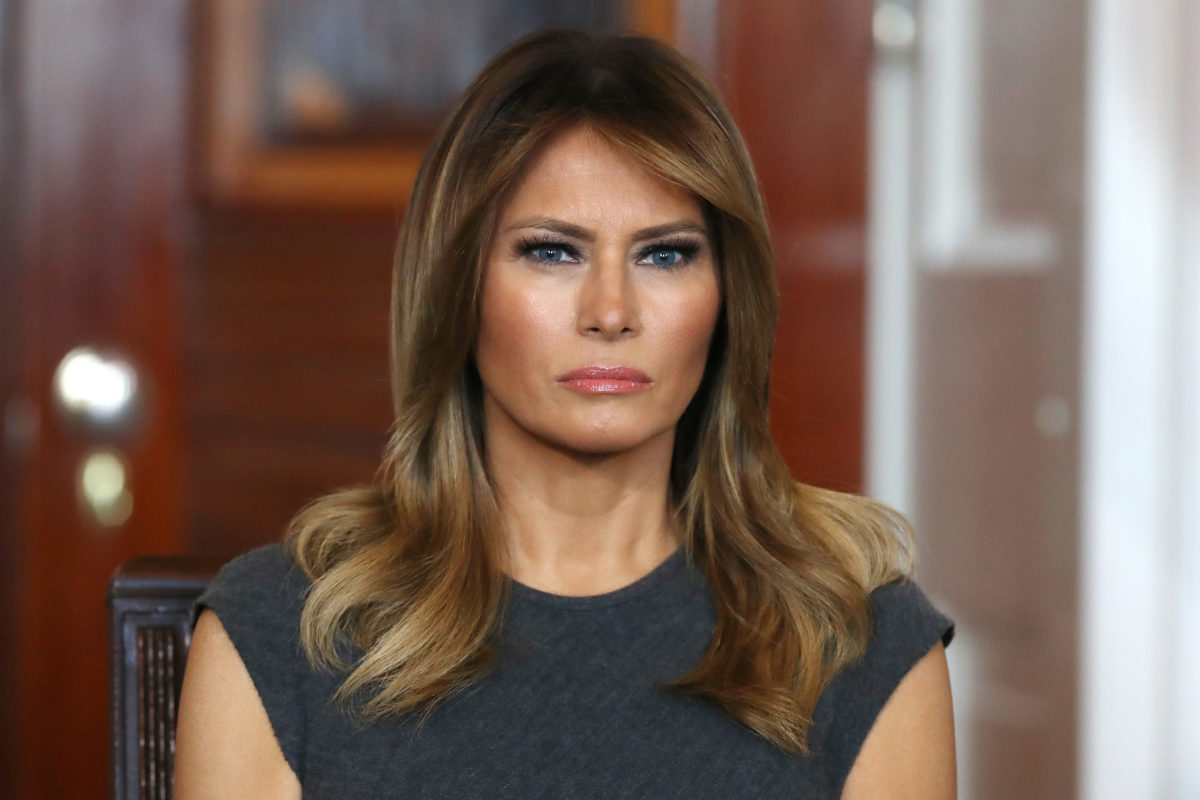 I believe the children are our future. Teach them well and let them lead the way. Well it looks like the teens are taking the lesson that everyone in the Trump family should be booed to heart by unleashing a chorus of boos at Melania Trump when she visited a school even in Baltimore.

The First Lady was addressing middle and high school students at the B’More Youth Summit on Opioid Awareness at the University of Maryland, Baltimore County. The scheduled speech was to be part of her infamous “Be Best” initiative, a program which is supposed to target issues affecting children most – bullying and also the dangers of opioid abuse.

Check that: in my years covering her, this was the first booing of @FLOTUS by a crowd at one of her solo events. https://t.co/Ac9Qgn7TSL

Trump was met with boos when she walked on stage and the crowd remained rowdy and noisy throughout her 5-minute long speech. She was booed loudly AGAIN at the end of her speech and when she exited the stage.

This continues a beloved 2019 tradition of booing members of the Trump family. First Trump was booed at both the World Series and the UFC championship match, then Don Jr was booed by alt-right students at UCLA while promoting his book. It was only a matter of time before they came for Melania. I only imagine how Eric, Ivanka and Jared will receive theirs.

It’s possible the boos stem from lingering anger over the racist comments Donald Trump made earlier this year, describing Baltimore as “a disgusting, rat and rodent-infested mess” where “no human being would want to live.” He also attacked beloved Rep. Elijah Cummings (whose district covered a large portion of the city) prior to his death last month. Basically, Baltimore hates the Trumps!

But I think this runs deeper. Teens have a strong nose for bullshit and sharp tongues that can pierce even the thickest of adult hides. And nothing stinks stronger than Melania’s extremely patronizing and condescending “Be Best” campaign. Why should they trust an anti-bullying campaign run by the wife of America’s biggest, dumbest bully? They don’t and they won’t! And I love them for it.

The kids. They’re gonna be alright.