Melania Chimes in To Reminds Us She’s Still Terrible Too! 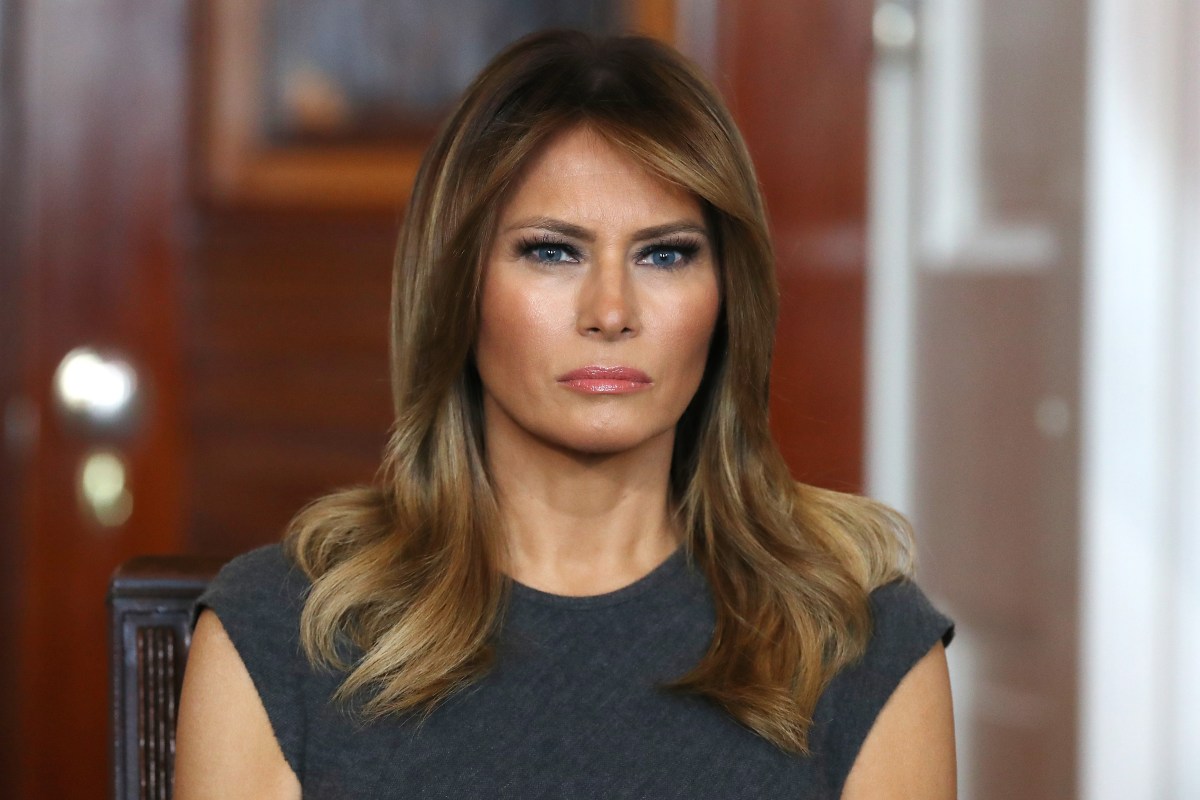 In the days since armed insurrectionists and extremists stormed the United States Capitol, the messaging from the White House has been a mixed bag at the best. Some staffers have resigned, others are staying the course for the final weeks of the worst presidency in history, and others are talking anonymously calling New York Magazine to finally admit Trump is a fascist. But for those with the last name Trump, there seems to be no remorse or fear. Just ask Melania Trump, who, true to her infamous coat, doesn’t really seem to care about what happened last Wednesday except in how it affects her.

“Melania Trump mourns lost lives but doesn’t blame the President for Capitol riot,” reads the CNN headline and that really sums up the First Lady’s official reaction on the riots quite well. In a statement issued on the White House website, Mrs. Trump mourns the deaths of the four people who died trying to overthrow a legitimate, democratic election, as well as the Capitol police officer killed by that same mob. By the by, I don’t think that when people are killed after joining a murderous mob trying to violently overthrow the government that they should get mentioned in the same breath as the person they killed, but that’s just me.

But it gets weirder and worse. For one, the entire thing starts out with Melania talking about … COVID, and how it “has been inspiring to witness firsthand what the people of our great Nation will do for one another.” That bit and other elements of the statement have been compared to previous speeches and statements from the First Lady. Given that Melania has plagiarized other First Ladies in the past, it’s not too out of the question that she would plagiarize herself this way.

It’s also of note that she really doesn’t have anyone to write for her, given that her chief of staff, Stephanie Grisham, and the White House Social secretary both resigned last Wednesday because of the whole thing where the president incited a violent insurrection. But what’s really important for Melania here is not to take any sort of responsibility for these attacks or to acknowledge her husband’s complicity; no, the big deal is that people are using this to say mean things about her.

I find it shameful that surrounding these tragic events there has been salacious gossip, unwarranted personal attacks, and false misleading accusations on me – from people who are looking to be relevant and have an agenda. This time is solely about healing our country and its citizens. It should not be used for personal gain.

Oh yeah, Mrs. Trump. The real tragedy here is that people are attacking you.

And the thing is, no one is doing that. At least not that I’ve seen. The only “personal attack” I’ve witnessed of Melania is reporting that while the Capitol was being overrun by domestic terrorists egged on by her husband, she was busy supervising a photoshoot for … rugs. According to Vanity Fair:

She’s “checked out,” another person said—“She just isn’t in a place mentally or emotionally anymore where she wants to get involved.” When asked to offer a message of calm to the mob, she declined.

It seems to me though that Melania has never cared. She didn’t care about children in cages. She doesn’t care that her husband is trying to destroy the fabric of American democracy. Even when people are literally dying, her comments are mainly about how people are being jerks to her. I wonder why it could be that people seem to dislike you, Melania???

First birther Melania trump doing her photo shoot while the Capitol riots raged on is totally on-brand for Mrs. I Really Don’t Care, Do You.

are you kidding me with this shit https://t.co/pHStnJ2CsX

Lucky for Melania, she won’t have to pretend much longer that she cares about anything but herself.