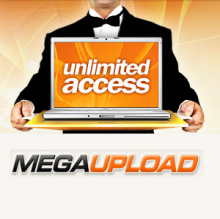 Not to be confused with Gaben, which refers to Valve head Gabe Newell, Gabon is a sovereign state located in Africa which just so happens to control the .ga top-level domain. Because Kim Dotcom is clearly a clever wordsmith, it was announced that the upcoming successor to MegaUpload would be called “Mega” and — you guessed it — exist at the Me.ga address. It looks like that’s not going to happen, though, as both the Gabon government and an anonymous group of hackers have pulled the plug on Me.ga before the service even had a chance to launch.

First, and just hours ago, came news that the Communications Minister of Gabon, the African country where .ga domains are based, would be suspending the Me.ga domain.

“I have instructed my departments to immediately suspend the site www.me.ga,” announced Communication Minister Blaise Louembe.

Oops. It probably doesn’t help that the major telecom in the area is a subsidiary of Vivendi, which also owns Universal Music Group. This probably should have been clear to those planning out the new service and avoided like the plague.

It gets better, though, as the domain is doing some weird stuff now. The address redirects to a Twitter profile representing a hacking group that’s apparently squatting the domain in opposition to Dotcom’s plans. This isn’t all that surprising, as the Internet seems to either love or hate the man. Plus, lulz and all that.